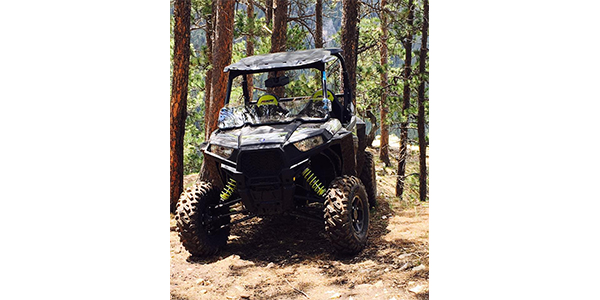 “Our strong performance during 2018 demonstrated the dedication and flexibility of our global team, as they drove improved financial and operating results for the year while adapting and executing our strategy to account for tariffs and other external pressures,” said Scott Wine, chairman and CEO of Polaris Industries, Inc.

ORV whole good sales for the fourth quarter of 2018 decreased two percent largely due to a tough comparison versus the prior year period when shipments were accelerated to address shortages and demand requirements in the second half of 2017.

The decrease in gross profit was the result of negative product mix, along with tariff costs and higher logistics and commodity costs.

The boats segment sales, which consist of the Boat Holdings acquisition that closed July 2, 2018, were $145 million in the 2018 fourth quarter, slightly exceeding company expectations. Gross profit was $26 million or 17.9 percent of sales in the fourth quarter of 2018.

Other highlights from Polaris’ year end report include:

“Growth and market share gains in off road vehicles, and the acquisition of boat holdings, further expanded our position as the global leader in powersports, and established Polaris as a leader in the attractive, profitable and growing pontoon market,” Wine said. “We are encouraged by our growth prospects for 2019 and beyond, but keenly aware of, and prepared for, the challenges and uncertainties presented by global trade and economic complications. We our doubling down on our commitment to be a customer-centric, highly efficient growth company, directing our investments and actions towards organic growth and productivity. Our devotion to safety and quality is never-ending, and provides the solid foundation for our future of innovation and profitable growth. We expect to demonstrate that in the year ahead with further market share gains in both ORV and motorcycles, as we continue to advance our leadership position in powersports.”