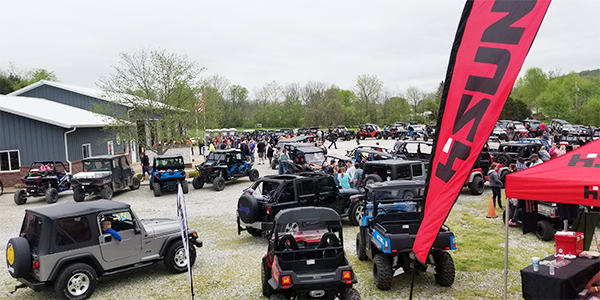 Hisun UTVs at Hoosier Auto in St. Leon, IN. Photo by Thomas Kang.

On Monday, May 7, Pied Piper released the results of their 2018 Prospect Satisfaction Index Industry Benchmarking Study for UTVs in the United States. The study measured treatment of UTV shoppers who visited a dealership in-person, with rankings by brand determined by the Pied Piper PSI process, which ties mystery shopping measurement and scoring to industry sales success.

The goal of PSI studies is to answer the question “how effectively does each brand’s dealer network turn shoppers into buyers.”

Traditionally, a mystery shopper is someone who visits a store and gives their opinion about their visit, answering questions like, “what could the dealership do to improve?” or “would you recommend this dealership to a friend?”

For Pied Piper, the company takes a different approach to mystery shoppers.

“A flaw with traditional mystery shopping is reliance on mystery shoppers for their opinions… They are ‘fake’ shoppers. Why should anyone pay attention to what a ‘fake shopper’ has to say about anything,” O’Hagan said. “PSI instead pays absolutely no attention to what the shopper ‘thinks’ about their experience. For PSI, mystery shoppers are just ‘actors’ going through the process of shopping for a vehicle, and noting, ‘did this specific sales behavior happen, or did it not happen?’ PSI is all about the specific behaviors used by a dealership to sell, NOT about the shopper’s experience.”

Every year for the past 10 years, Pied Piper has completed tens of thousands of motor vehicle mystery shops and subsequently hired the reliable mystery shoppers. Frequently, the shoppers’ performances are tested, not for industry knowledge, but how they play their role as an actor and their ability to accurately report whether sales behaviors happen or do not happen.

“Think of it as a movie director hiring an excellent actor to play the ‘axe murderer,’ rather than trying to teach the real axe murderer to act,” O’Hagan said.

The job of a PSI mystery shopper is to report whether over 60 specific sales behaviors occur or do not occur. The results of the yes and no measurements are individually weighted to generate a PSI score between 50 and 150.

O’Hagan notes that the bottom line is black and white when comparing PSI scores with dealership sales, profitability and customer loyalty.

“Think of the top-performing brands as ‘decathletes’ who perform above average across the board, but may not lead every category. Similarly, the top performing brands are likely to have fewer ‘very poor’ performing dealerships that would otherwise drag down the brand average,” O’Hagan said. 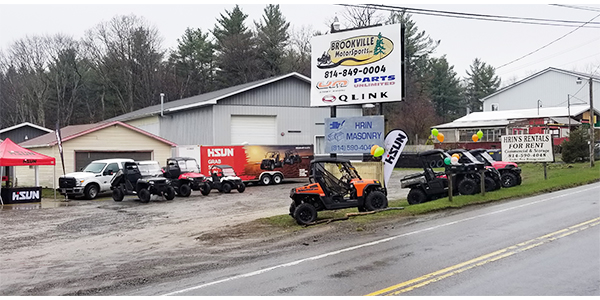 After reviewing their PSI rankings, how can a dealer turn a shopper into a buyer?

“Each dealership should establish, in writing, their own dealership sales process. In other words, these are the simple steps salespeople will follow with a customer who is willing to spend time with us,” O’Hagan said. “In contrast, if the sales team is left to sell however they wish, customers will fall through the cracks.”

O’Hagan noted that on average, salespeople ask for the sale about one third of the time and ask for customer contact information to follow up about half of the time.

Pied Piper’s example of a five step sales process focuses on the following:

1. Build rapport; sell yourself. Make a positive first impression with the customer. Ideally, strike up a conversation and avoid asking a question such as, “How can I help you,” to which the customer can answer, “I’m just looking.”

3. Involve the customer; sell the product. Do all you can to involve the customer rather than just talking at them. Have them sit in a vehicle, take it for a test drive, point out specific relevant features and benefits.

4. Move from learning to buying; ask for the sale. Suggest sitting down at a desk and going through the numbers. Pave the way for the customer to say “yes.”

5. Get contact information and follow-up. About eight in 10 customers will not buy on the spot, but they will buy later and will influence others who will buy. Follow-up with customers to be helpful.

O’Hagan notes that the PSI evaluations measure over 60 different sales steps and that each dealership should focus first on whether their own processes are being followed.