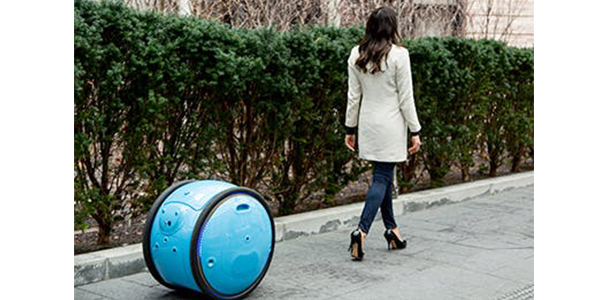 Piaggio Fast Forward announced a strategic reorganization of its executive leadership team as it prepares to go to market with its first products in 2019.

Piaggio Fast Forward, a company whose mission is to build technology products that move the way people move and the creator of the revolutionary mobile carrying device Gita, announced a strategic reorganization of its executive leadership team as it prepares to go to market with its first products in 2019.

PFF, a subsidiary of Piaggio Group, one of the world’s leading manufacturers of scooters and motorcycles, was founded in 2015 by Greg Lynn, Jeffrey Schnapp and Michele Colaninno (Chairman) to create lightweight, intelligent mobility solutions for people and goods. PFF is based in Boston, MA, and employs 65 people.

As the company prepares to go to market next year with the first Gita for consumers, Greg Lynn has assumed the role of Chief Executive Officer to lead the company’s move from the development of prototypes to the production of consumer products.

“I believe deeply that PFF is positioned to help people move more often and more efficiently without having to grab their car keys,” Lynn said. “We have an extraordinary opportunity to change the way people think about mobility and this all starts with our first product Gita coming to market next year.”

Lynn was previously Chief Creative Officer of the company.

In order to lead the research and development activities of the company with special regard to developing future product lines, Jeffrey Schnapp has transitioned into the role of Chief Visionary Officer.

“As Gita enters production, I’m excited to spearhead the company’s efforts to build an entire family of related products supporting healthy lifestyles and social connectivity available to all, regardless of age or abilities,” Schnapp said.

Working closely with Lynn and Schnapp, Colaninno will maintain his role as Chairman of PFF with oversight of the business globally.