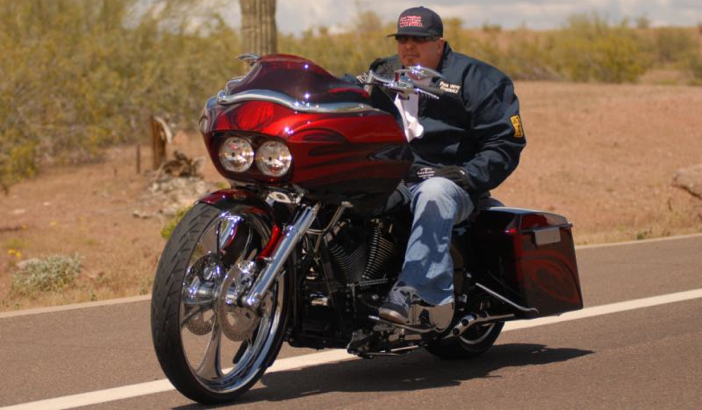 Find It Now has announced that custom bike builder Paul Yaffe is using its GPS recovery system, and that it will be exhibiting at the 2017 AIMExpo in Columbus, Ohio.

Paul Yaffe started his first shop over 25 years ago in a 900 sq. ft. building in Phoenix, Arizona. He’s now celebrating his 25th Anniversary in a building almost 30 times bigger than his first building and is among the world’s best custom bike builders. Bagger Nation builds custom baggers and sells hundreds of custom “Paul Yaffe” designed and manufactured parts to the aftermarket.

Paul recently wanted an alarm on his bike and contacted FIN/Find It Now GPS Recovery Systems and tried one out. It is still on his bike because he loves it so much.

“I’ve used different alarms over the last 25+ years, but nothing compares to the function and features that FIN offers. I like it so much that I’m going to start offering them for my customer’s bikes,” Paul exclaimed. “I couldn’t be happier than I am with FIN.”

FIN further underscored its commitment to offering extraordinary customer support by now including a lifetime warranty on FIN security devices. Find It Now also announced its participation in the 2017 AIMExpo, which will be held at the Greater Columbus Convention Center in Columbus, Ohio, in September.

Advertisement
In this article:AIMExpo, FIN, Find It Now, Paul Yaffe