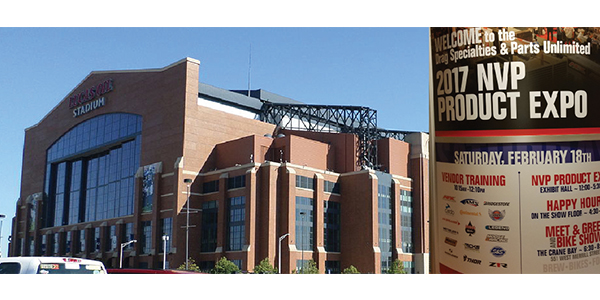 Almost 200 exhibitors were on hand in Indianapolis to show dealers and reps new products.

For a city full of racing fans and enthusiasts of anything on wheels, Indianapolis has not hosted a dealer-only motorcycle and powersports show in several years.

But this all changed when the folks at Parts Unlimited announced late last year that it would be hosting a spring showcase at the venerable Lucas Oil Stadium, home to the NFL’s Indianapolis Colts, but also host of Round 11 of the Monster Energy Supercross series. 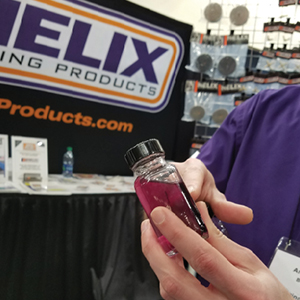 The 2017 Parts Unlimited and Drag Specialties NVP Spring Product Expo was held February 18 – 19, and was filled to capacity with the distributor’s top vendors. By all accounts, there was a healthy turnout of dealers and road reps for both Expo days. Nearly 200 exhibitors were on hand (even more dealers). We spoke with as many exhibitors as we could, including D.I.D. Chains, Klotz, K&S Technologies, Avon Motorcycle Tyres, All Balls, Cardo and many others. We also had the opportunity to preview the new collections from Alpinestars and Icon up close. 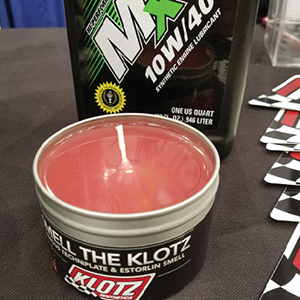 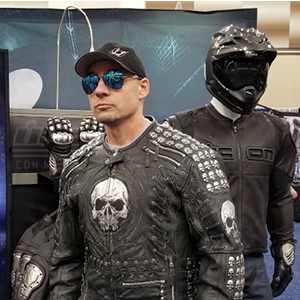 After the Expo on Saturday, the fun continued at Crane Bay, in downtown Indy for a “Meet & Greet / Bike Show.” There were some great bikes, but we especially enjoyed the entry from Paughco, a ’47 Flathead, in the V-twin category as well as the matching Kawasakis in the metric contest. 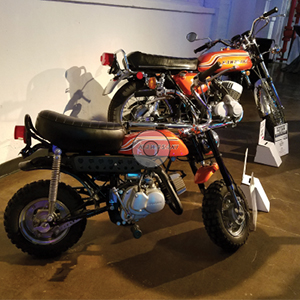