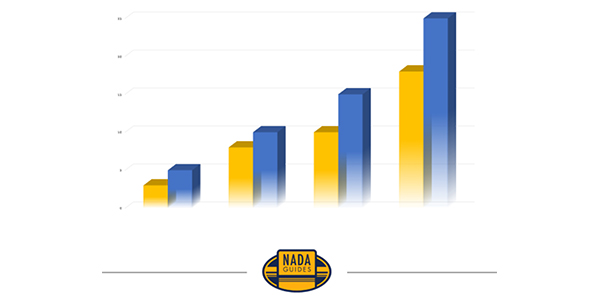 NADAguides.com’s recent Powersports Market Insights report says that while motorcycle sales had a rougher start to the year, utility and sport side-by-sides had a positive first quarter.

NADAguides.com’s recent Powersports Market Insights report says that while motorcycle sales had a rougher start to the year, utility and sport side-by-sides had a positive first quarter.

The powersports industry was mixed in the first quarter, according to NADAguides, which looks at consumer traffic trends, used values, dealers and financial institutions for their reports. “Motorcycles did not perform strongly, but side-by-side values were solid,” pointing to the relatively strong start in Q1.

“The sport segment brought higher values on average than any time in the past four years, while the utility segment was not quite as strong as early 2016, but stronger than 2015 and 2017. In both segments, the steeper depreciation is something dealers will want to monitor.” 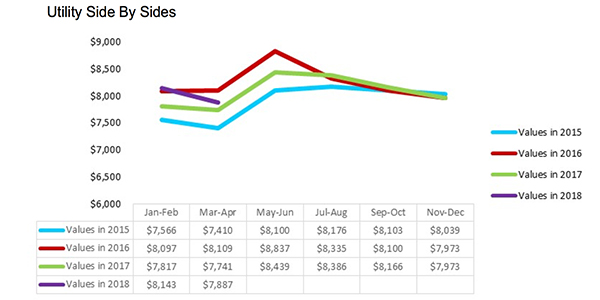 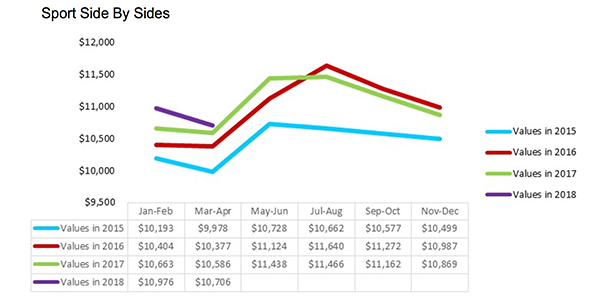 MPN columnist Seth Woolf, who is also a research analyst with Northcoast Research Partners, says that his latest survey of powersports dealers indicates that the off-road vehicle market had shown strong results in March. “UTV demand was the strongest we have seen in quarters,” said Woolf. “We were very encouraged to hear this as the weather was unfavorable in many regions during the crucial month of March.” 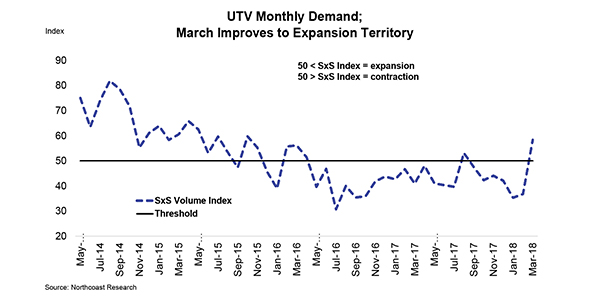 Woolf says that with the expectation of warmer weather on the horizon, people are feeling upbeat about the UTV market. He noted that bad weather in the first part of the year was not enough to weigh down demand, which is a positive sign.

NADAguides echoes a similar tone as it believes consumer-focused economic conditions are forecasted to continue their upward trend, which should support demand in all segments.