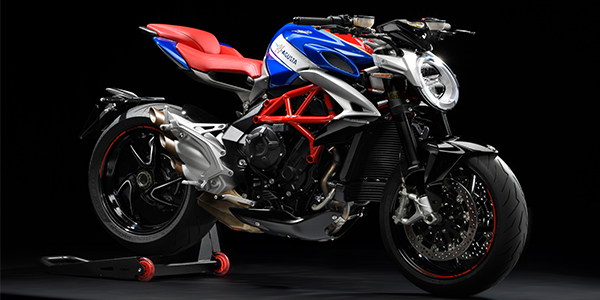 The MV Agusta’s special edition model launches have been a huge success, according to the company. That success now continues with the new Brutale 800 RR America. In dealerships this month, the special model offers an original, stylish take on a piece of MV Agusta history.

The MV Agusta’s special edition model launches have been a huge success, according to the company. That success now continues with the new Brutale 800 RR America. In dealerships this month, the special model offers an original, stylish take on a piece of MV Agusta history.

The S America 750 was the first bike to take the name back in 1975. Its technical features were as advanced as they came back then: a 75 hp 4-cylinder in-line air-cooled engine with a dual overhead camshaft. The America tag reappeared on an MV Agusta tank more than 25 years later: this was the first Brutale, again with a 4-cylinder engine, the special version of which displayed the red, white and blue of the U.S. flag.

The latest Brutale 800 RR America, instead, is powered by a 3-cylinder in-line engine renowned for its performance, compactness and cutting-edge technology. The Special Edition has been developed based on the Brutale 800 RR, which was recently refreshed as well. Starting with a complete redesign of the gearbox – with even smoother, more precise meshing – the bike features several upgrades.

A new balance shaft and redesigned primary transmission, optimized shaping of the intake and exhaust cams plus new valves are some of the improvements on this bike. Electronic engine control has also been upgraded with new algorithms and engine mappings. Traction Control has been refined even further by honing strategies and calibration. Chassis development has also addressed: the engine is now attached to the frame, boosting the overall rigidity of the bike. Another new feature is the rear cush drive system, designed to maximize riding comfort. 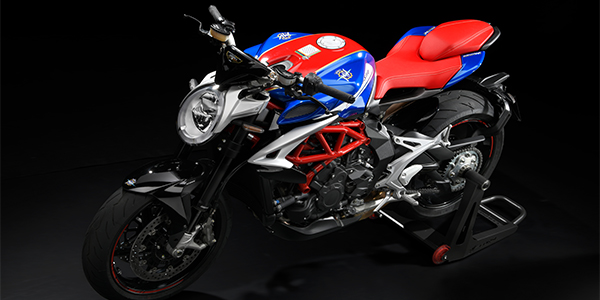 This numbered special edition has plenty of distinctive features, starting with a metallic blue color scheme that catches the light with shimmering iridescence. The tank sports a star-studded motif, just like the one on the 1973 750 S. Gloss black paintwork enhances many features, such as the front mudguard with MV Agusta logo and the radiator side panel which sports the wording “America Special Edition”.

Meticulous finishing is also evident on the seat, which features gilt stitching, specific materials for the rider and passenger zones and comfort-enhancing padding. 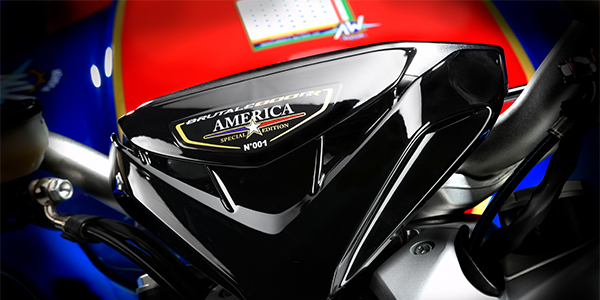 To highlight the exclusiveness of the Brutale 800 RR America, MV Agusta has added the “America Special Edition” legend and a progressive production number to the instrument cluster fairing. This same production number is also on the certificate of authenticity delivered to each new owner.