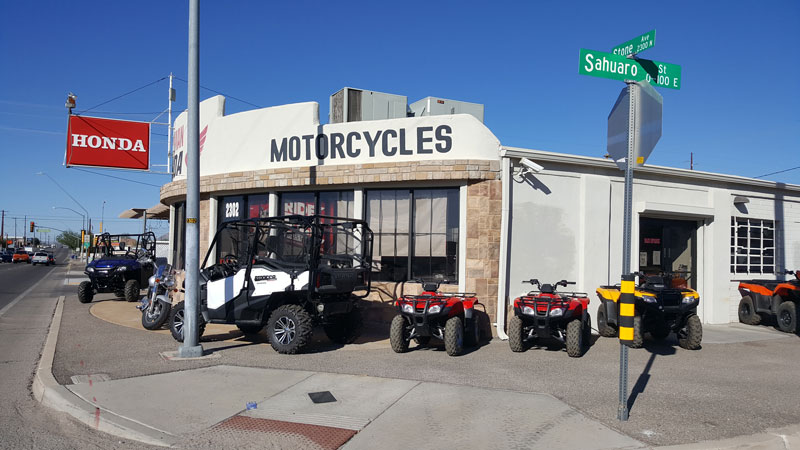 [dropcap]I[/dropcap]f you were showing visitors around town, how often would you take them to a bike shop? In Tucson, Arizona, Musselman Honda, in business selling motorcycles since the end of World War II, is a local landmark. Helen Musselman, half of the couple that started the business, is still at the shop every day.

Generations of Tucson motorcyclists have gone to Musselman’s for their motorcycle needs. “About 40% of our customers have family that have purchased a unit from us. Everybody in Tucson knows us,” says Mark Kingsley, general manager and the grandson of the founders. 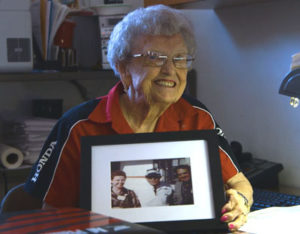 Musselman’s has survived for more than 70 years due to the ability of the business to consistently provide their customers with what they want, in a timely and cost-effective way. Over the years, the industry has changed and motorcycle customers have changed, but Musselman’s, by listening to its customers and getting them what they want, has not only survived but thrived.

The shop was started by Darvin (“Pappy”) and Helen Musselman in 1945. World War II was over, and returning veterans were eager for a little R&R. At first, the Musselmans sold Indian motorcycles – yes, the ones with the big fenders that were once built in Springfield, Massachusetts.

When Indian stopped production in the early 1950s, the dealership sold English motorcycles, acquiring a BSA dealership in the mid-’50s. By this time, most of the GIs had settled down to raise families, and the number of remaining motorcyclists was quite small. The dealership sales effort consisted in trying to wean local bikers away from their present brand and interest them in a product Musselman’s sold. Pappy Musselman did a lot of local racing, and then started sponsoring upcoming talent, which was another way to increase sales in this time period.  Motorcycle enthusiasts were then almost exclusively young male blue collar workers.

All that started to change in 1959, and Helen and Pappy were in the right place at the right time.  They had heard about a Japanese import called Honda. The American Honda distributorship had not yet been set up, but an enterprising salesman was convincing dealers to carry Hondas, and the Musselmans took the plunge.

“We had to buy two units, and he said that if they didn’t sell he would take them back,” says Helen Musselman, now 99 years old, still sharp and still working at the dealership every day. “Well, we sold those two units, and took on some more. We are Honda dealer number 95.” 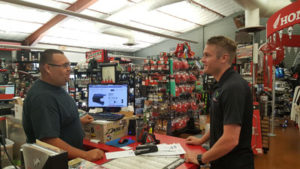 Honda, managing to convince the American public that nice people rode motorcycles, opened up the motorcycle market to university students, high school students and young adults with white collar jobs. The scooter-like Honda Super Cub appealed to both men and women. All of a sudden, Musselman’s had a much larger customer base. “We were selling to people who worked in banking,” says Helen.

There is a small but interesting museum in the dealership, with its oldest bike an Indian Four that Musselman’s took in trade in the 1950s. The museum features historic photos of racing in the ‘40s and ‘50s and classic bikes that the dealership sold when they were new. Helen and Pappy were flown to Japan in 1961, along with other early dealers, and photos of their trip are prominently displayed, including the dinner with Soichiro Honda. Musselman’s is still in the same location it was in the early ‘60s. The museum has photos of how it was then, showing how updated signage and a little paint can modernize the look of a dealership.

Pappy Musselman always wanted to have parts in stock so that a customer would not have to wait until the warehouse delivery showed up. “To some extent, we still adhere to that philosophy,” says Mark. “We have more parts on the shelf- and older parts- than most dealerships. We will also work on older Hondas. Our mechanics are not afraid to work on the old stuff. Right now, we have a 1962 Honda 55 trail bike that we are getting operational.” 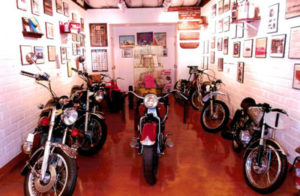 A challenge in a smaller market, such as Tucson, is how to expand the customer base. One way Musselman’s ensures a steady stream of customers is by supporting rider training. The shop supplies street bikes, ATVs and side-by-sides for rider training at Pima Community College, which has a well-regarded National Safety Institute curriculum. Musselman’s also supports the local MX park. “We want to promote riding,” says Mark. “Having an active MX park supports all local dealers, not just ourselves.”

Many of Musselman’s present day customers come from the nearby University of Arizona. These riders are interested in smaller bikes, such as the Honda Grom. Another large contingent of customers comes from the local Gold Wing club. The wife of one of the salesmen is an officer in the Arizona State Gold Wing organization, and keeping these large and heavily accessorized bikes on the road is an important business generator. Local ranchers buy ATVs, side-by-sides, and Honda power equipment.

A nearby rental go-kart track relies on Musselman’s for engines. The go-karts are powered by Honda 9-hp or CR 125 engines. Although motorcycles with these engines are no longer available, Honda sells an engine kit containing the parts that a dealer can assemble in-house. Musselman’s assembles the engines and provides them to the track operators to install in karts. The dealership is also the title sponsor for the track, which is a popular entertainment destination for the Tucson area. The marketing concept is an extension of the traditional Honda theme of associating Honda motorcycles with clean fun and excitement. 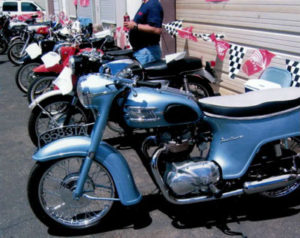 The dealership website is very straightforward and easy to navigate. It includes extensive catalogs of the parts Musselman’s sells, and a search function. The customer simply needs to type in the year and model of their vehicle, and appropriate parts come up. A highlight of the site is a professional video of Helen Musselman, looking much younger than her 99 years.

Up until two years ago, Helen was doing most of the bookkeeping for the dealership, learning to use a computer in the process. She explains why Musselman’s has stayed a one-brand shop while most other retailers have taken on several lines. “Honda is the top of the line. You can’t do justice to all franchises in the same building.”

Mark sees business continuing to slowly pick up in the next five years from the recession low of several years ago. He sees trending sales with automatics (“People don’t know how a clutch works anymore”) and lightweights like the Grom, which appeal to younger people. However, “You never know what the next widget will be.” Regardless of what people want out of their two wheelers, Musselman’s will listen and provide it to their riders. “We cater to the customer,” says Mark. “We give a good deal and ensure customer satisfaction with parts and service.”

Musselman Honda: Giving Customers What They Want for More Than 70 years