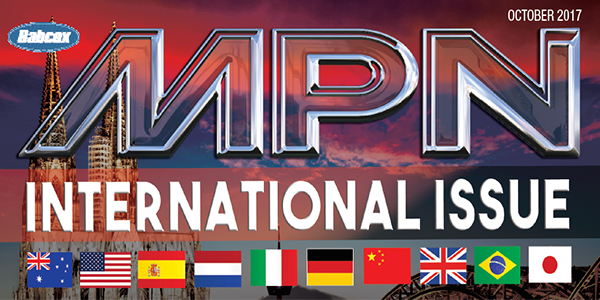 In our second year covering the global motorcycle industry, things are not quite as rosy as they were at the end of 2016. Last year, more than a million motorcycles and scooters above 50cc were registered in European countries – a healthy 13.3% jump over 2015, according to Industrie-Verband Motorrad Deutschland eV. 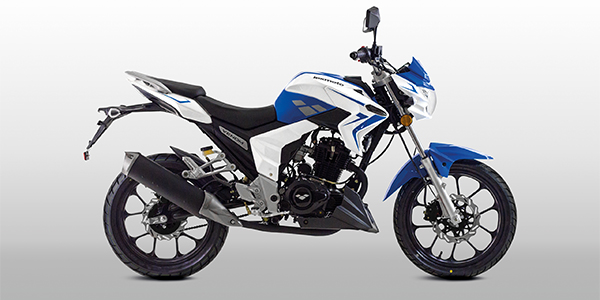 Motorcycle Sales Down in Most of Europe/UK; Slow Sales of Euro 4 Machinery to Blame?

In our second year covering the global motorcycle industry, things are not quite as rosy as they were at the end of 2016. Last year, more than a million motorcycles and scooters above 50cc were registered in European countries – a healthy 13.3% jump over 2015, according to Industrie-Verband Motorrad Deutschland eV.

IVM notes sales from June 2016 through June 2017 have cooled off in Germany – down 8.4% YTD – and much of the rest of Europe. The one notable exception is Italy. Trade association ANCMA reports motorcycle registrations were up 26% in June and up more than 7% YTD.

While the numbers looked positive for 2016, that didn’t tell the whole story. Many dealers were pre-registering bikes because it was the last year of the Euro 3 standards and 2017 brought in the stricter emissions requirements of Euro 4.

Where this really came into play was in the smaller displacement models under 125cc. Scooters have jumped in price accordingly with the Euro 4 because upgrading to fuel injection simply costs the manufacturers more money, which is passed on to the consumer in a very price-sensitive market. 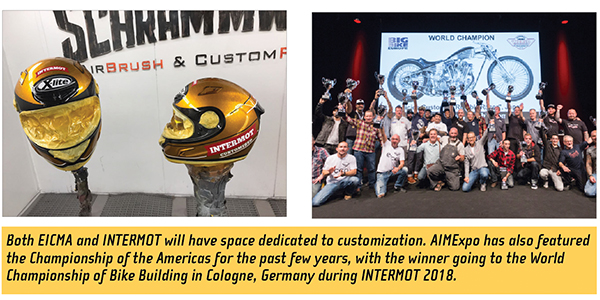 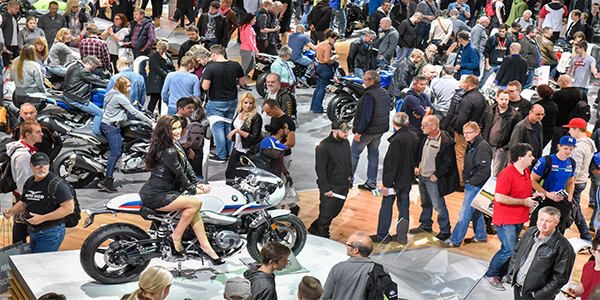 VIVA ITALIA: Unlike the majority of the EU marketplace, registrations in Italy didn’t drop off with the advent of the Euro 4 standards being implemented. In fact, sales have increased in Italy for the past three years. According to ANCMA, 2016 was up 13% overall.

The positive news continues into 2017. After being relatively flat in April, ANCMA reports double digit growth in May (up 12%) and more than 25% in June have buoyed figures substantially. Through June 2017, total PTW (powered two wheelers, which includes scooters) are up 7.1%.

A BIT GLOOMY IN OLD BLIGHTY: Motorcycle registrations in the UK in August fell by –17.8% compared to the same period last year. The total number of bikes sold was down to 6,856 units. The 51-125cc range suffered the most significant decline of -36% compared to August 2016, and -32.8% year-to-date.

“Demand for motorcycles continued its downward trend in August – marking 8 consecutive months of decline in the market,” said Stephen Latham, head of the National Motorcycle Dealers Association (NMDA). there was a modest growth in the 651-1000cc sector, up 3.1%, and bikes over 1000cc up 5%.It is expected that these larger prestigious machines will continue to see growth over the coming months.

Latham continued, “We are disappointed to see the continued downward trend in the smaller bike ranges which are often purchased for commuting purposes. We had expected by now to have seen the end of the oversupply of lower priced bikes and scooters following the Euro 3 and 4 changes over.”

AIMExpo 2017: With AIMExpo now in the books, the bottom line looks a little flat. Moving from Orlando to its new location for 2017 in Columbus, Ohio, the show saw some modest gains in OEM participation and number of exhibitors. However overall attendance was flat, according to organizers. In 2018, AIMExpo moves to Mandalay Bay in Las Vegas in mid-October. For more information, visit www.aimexpousa.com.

EICMA 2017: For six days in November, the global motorcycle & powersports industry will congregate at the Milan Motorcycle Show, officially known as the Esposizione Internazionale Ciclo, Motociclo & Accessori (EICMA) for the 75th time. The show’s success has led the American International Motorcycle Expo (AIMExpo) to emulate the same formula that has been running successfully in Europe for decades. While AIMExpo is in its 5th year, EICMA is considered the grandfather of motorcycle shows, having been in existence for more than 100 years. Of course the show has evolved significantly over this time and in 2017 will include new features such as the EICMA Custom area that is dedicated to customizers, shops and manufacturers of special parts, accessories and clothing.

Hundreds of custom bikes were shown at EICMA 2016 from classic, modern, café racers to real vintage and design objects and pure concept machines. Custom building in Europe is the latest trend and both shows will prominently feature displays dedicated to the lifestyle, which is no longer only an American concept. Customization has spread globally with a true World Championship of Bike Building being held at INTERMOT in 2018.

EICMA encompasses more than 3-million sq. ft. of exhibit space and demonstration areas and regularly draws a half million attendees. Each November, the show becomes the focal point for the global motorcycle industry, the OEMs and the many aftermarket players. One of the main draws of the show is the concept bikes. As Editor-at-Large Robin Hartfiel explains it: “It’s human nature to crave ‘unobtanium’ and for more than 100 years, EICMA has been a leading supplier of the stuff that motorcycle dreams are made of. On a practical side, it also serves as a bellwether of global motorcycle industry trends to come.” For more information about this year’s show, which runs November 7-12, visit www.eicma.it/en. 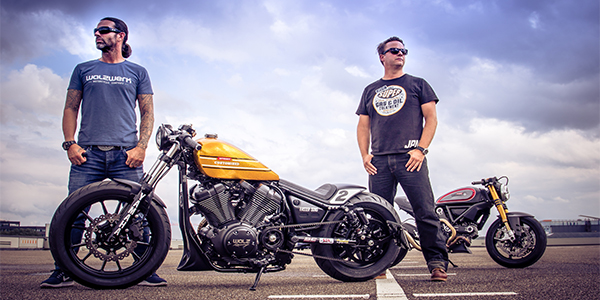 The team at INTERMOT is revving up for its return to Cologne, Germany, October 3-7, 2018. The show is carrying the momentum from last year when it added INTERMOT customized to the mix as a show within a show. The tradeshow organizers have seen great interest in the custom trend that is having a lasting impact on the development of this growing segment in Europe… and beyond.

To this end, the INTERMOT team contracted with custom builder Marcus Walz to build a custom-themed bike for the 2018 show. “We aim to develop INTERMOT customized into an international meeting place for the bike scene,” says Christoph Werner, member of the Executive Board and Vice President of Koelnmesse. “This is only possible if we recognize that we are part of this scene and play an active role in its events. Our new bike, a Yamaha XV950R drag-style bike converted by Marcus Walz, will represent us at festivals and Essenza Sprint races as an ambassador for INTERMOT customized. I am already looking forward to our appearance at Glemseck, where I’ll be on the starting grid riding the INTERMOT bike.”

Marcus Walz returns as the builder of choice following the custom Ducati Scrambler café racer he did for INTERMOT in 2016. Marcus and his team had to shift into high gear to build the INTERMOT Bolt in only two months! For more info: www.intermot-cologne.com. 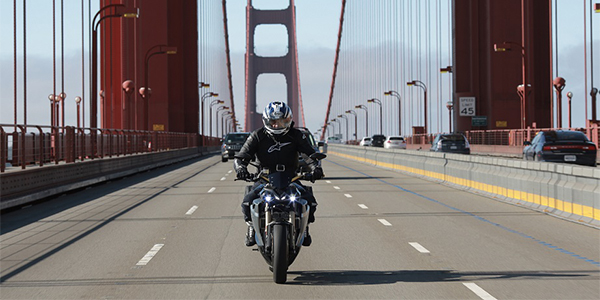 Charge! Energica Motor Company S.p.A. has made some positive moves to strengthen its presence in the U.S. New CEO Stefano Benatti and a skilled team headquartered in the San Francisco Bay area at Energica Dealer & Service Center are committed to shocking the American market. Starting at EICMA where they will be unveiling Energica’s third model, the brand new Energica Eva EsseEsse9, plus other new Ego and Eva configurations, including the exclusive Energica Eva 100. Then it is back to the U.S. where Stefano Benatti will present “The Energica Formula. Behind the scenes of the leading street-legal high-performing electric motorcycle: heritage, technology, fast-charge, R&D and new products,” at IDTechEx Show, Santa Clara, California. Then they will close out the year with exhibit space at the International Motorcycle Shows in Long Beach, California, and New York. “We will have a very busy schedule of events,” says Benatti. “But we are ready to surprise and conquer the American market. See you at our stands!” Energica electric motorcycles are masterfully manufactured in the “Italian Motor Valley” Modena, Italy.

As part of the TCX transition, Michael “Tex” Mawby becomes director of sales and marketing and continues to serve as the North American liaison with TCX headquarters in Montebelluna, Italy. Mawby served previously as the brand’s director of business development. He reports directly to Marco Poloni, TCX VP Sales & Marketing. “There are a lot of positive changes on the horizon for TCX including a new product line, new team members and new ways of doing business,” said  Mawbry. “I don’t think that the future has ever looked brighter!” Poloni added, “Tex has proven to be a true asset for TCX. His always positive spirit, hard work ethic and dedication made his new appointment an easy decision for me. 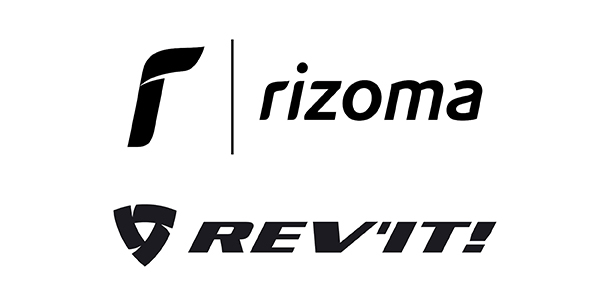 Rizoma USA and REV’IT! USA have formed a partnership that gives REV’IT! USA exclusive distribution rights for the premium Italian parts and accessories brand in the United States and Canada, effective October 1. The alliance will create a position for Rizoma to more deeply penetrate the U.S. and Canadian markets, and to deliver the highest level of service and support to its dealers, according to the U.S. distributor.

REV’IT!, a global leader in protective motorcycle apparel, will migrate all operations for Rizoma U.S. to its East Coast headquarters in Brooklyn, as of October 1. Strategic sales and marketing synergies are expected to help broaden both brands’ growing dealer networks across the North American motorcycle parts and accessories markets.

Of the deal, Managing Director at REV’IT! Sport International Ivan Vos says, “This partnership highlights a shared passion for design, performance and innovation, and pushes forward our mission of delivering premium products to our retail partners in North America. We feel that there is excellent potential for both brands via this partnership.”

Fabrizio Rigolio, CEO of Rizoma, says, “For some time we have wanted stronger market penetration in the US and Canada, with the aim of optimizing both our presence and service for our dealers. As with all our projects, we want to achieve the best possible result without compromising on our core values, and to do so, we must align with the best partners. This partnership was born through the sharing of this vision, with the aim of bringing Rizoma USA a new step towards the future.”

Paolo Bacchiarello, REV’IT! Sport USA VP of Operations adds, “We are happy that Rizoma has trusted us to develop both markets further. Our organization continues to grow strongly in the U.S. and Canada and Rizoma’s excellent brand recognition and quality focus are assets to the current portfolio.”