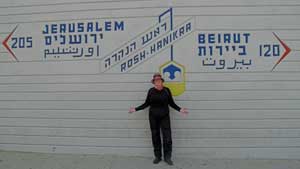 If you’ve ever wanted to take a motorcycle tour in a land with a mild climate, fabulous roads, great infrastructure and countless layers of world history, Israel is the place you want to explore.

Tamar Mediterranean Mototours recently completed its first motorcycle tour in conjunction with Edelweiss Bike Travel. It was the first-ever guided motorcycle tour of Israel organized by an Israeli company, and despite what you hear on the news about that part of the world, it was a terrific experience.

“I decided to join together my two passions; my love for Israel and the Israeli people, and my love for motorcycling. Israel and Israelis give a truly unique experience to any kind of adventure tourist, not only to the religious oriented one,” said Eytan Magen, managing director of Tamar Mediterranean Mototours. “The large opportunity that this small piece of land has to offer is so vast, so deep and so diverse it touches almost anyone who is willing to venture out here.”

Adding the layers of world history onto the first-rate motorcycle tour made for a once-in-a-lifetime ride.


Penton – The John Penton Story
John Penton and his brothers ran a motorcycle shop in Amherst, OH. Penton was a championship rider as well as fabricator and mechanic. He chased the national enduro championship in 1958, riding in events all across the eastern U.S. and Canada and winning numerous ones. In the spring of 1959, Penton successfully took up the challenge of breaking the record for transcontinental travel held by the legendary Cannonball Baker, and became a motorcycling legend himself. 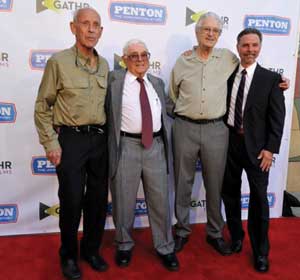 In the ‘60s, Penton forayed into the international arena, competing for the U.S. in the International Six Days Trial numerous times. It was his trips to Europe to compete that planted the seeds of his desire to build a better motorcycle.

He realized the heavy machines like the Harley’s, BSA’s and Triumph’s could be beaten by smaller, lightweight bikes, a revolutionary idea at the time. He utilized the German built NSU and BMW motorcycles as the basis for his competitive bikes. In the ‘60s, he served as the eastern distributor of the Swedish brand Husqvarna, a motorcycle that revolutionized the sports of motocross, enduro and desert racing in the U.S. When his attempts to convince Husky to produce a smaller, lighter motorcycle fell on deaf ears, Penton created his own design and commissioned KTM, a small moped and bicycle maker in Austria, to build it.

The motorcycle was an instant success in off-road competition and led KTM to expand its efforts in the motorcycle realm, initially in conjunction with Penton and ultimately on its own. Today, KTM is the largest manufacturer of motorcycles outside of Japan, and winning championships around the world.

Fast-forward to the fall of 2010, Penton enthusiast Jack Martin contacted Todd Huffman to suggest a film project about John Penton’s life. Martin had come to believe that a documentary of John Penton’s championship enduro career, his development of the Penton motorcycle line and the tremendous effect that had on the sport of off-road motorcycling would be a wonderful demonstration of American ingenuity, entrepreneurship and family values. Thus, in 2014, the movie Penton – The John Penton Story became a reality. 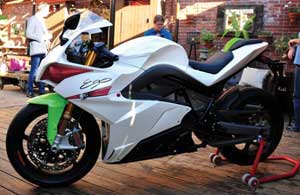 At the heart of this thoroughbred is an electric motor which produces an astounding 195 Nm torque from 0 RPM to redline, an electronically limited 150 mph (240 km/h) and a 0 – 100 time of under 3 seconds. All on just pennies’ worth of energy. The Italian electric street bike ENERGICA is being booked online for a cool €25,000 / $34,000 + taxes.