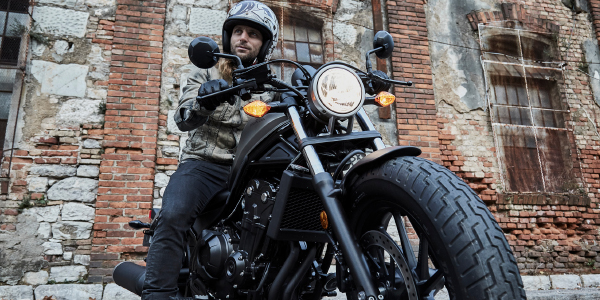 A Look At The New Rider Market

Bloomberg followed the July 4th holiday with the declaration “The Motorcycle Industry Is Dying” on July 5th. While the pronouncement created some fireworks in cyberspace, many in the real world of the motorcycle industry took it as business as usual. “We all die a little each day,” claimed one online wag. “Ain’t none of us getting out of this alive.” Gallows humor notwithstanding, the motorcycle industry is keenly aware of the need to access a new generation of riders to replace the Baby Boomers.

AIMExpo Custom Culture Director Bob Kay says the Bloomberg article did get one key point correct. “We need to reach a new generation of riders.” He has been barnstorming the country, meeting with dealers, builders, OEMs and other influencers to get a handle on the “new” riders. The Custom Culture Forum held in conjunction with the Hand Built Show in Austin clearly identified we are an industry uncertain how to capitalize on the Millennial influence.

“It is an evolving industry still challenged to draw entry-level participants,” Kay notes. “The audience, which is larger than the Boomers, is primed to grow into the largest demographic opportunity for motorcycling. That said, we must understand that motorcycling adventures contribute to their lifestyle of community experiences that includes music, craft beer and artisan coffee… their lifestyle is not centered around the motorcycle, but encompasses the ‘experiences’ a motorcycle creates.” 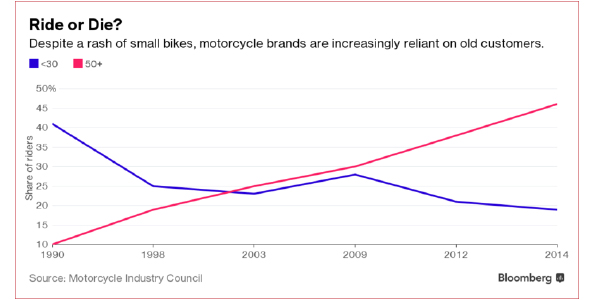 Despite the dire prediction of the Bloomberg headline, the MIC numbers cited in the article would indicate otherwise. “Bike sales fell by 41% in 2009… In 2016, U.S. customers rolled off with 371,403 new bikes, roughly half as many as a decade ago.” That is nothing new. In fact, new unit sales of street bikes have hovered around 350,000 units every single year from 2009 to 2016 as the numbers MIC provided to Bloomberg clearly show.

Yes, the industry does need to do something to stimulate unit sales and yes, the Baby Boomers are aging out of the equation – however contrary to Bloomberg’s breathless headline, there hasn’t been a crash like the industry experienced in 2008. Stagnant doesn’t mean dead! Pre-owned sales continue to buck the trend. Solid sales of youth model dirt bikes means an opportunity to convert future street bike customers.

And then there is the OEM shift from race replica sportbikes and heavyweight cruisers back to basics. A fact conceded in author Kyle Stock’s sub-head to the dying industry comment: “As aging riders hang up their leathers, Harley-Davidson and Honda pin their hopes on smaller, affordable bikes for a new generation.”

Enter bikes like the Ducati Scrambler, Harley-Davidson Street and notably the return of the Honda Rebel. “Everybody is trying to do the same thing,” said Lee Edmunds, manager of Honda’s motorcycle marketing. “They’re all realizing they need to have more people come in at an entry-level stage.” 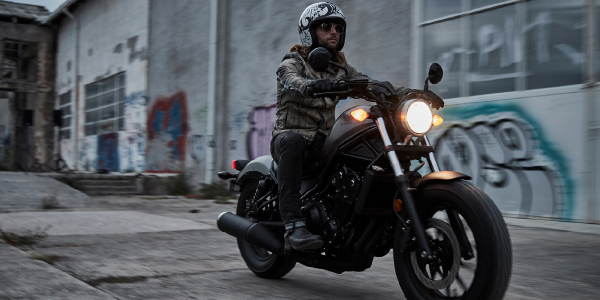 “Honda’s Rebel is the latest entry in a parade of new bikes designed for first-time riders; almost every company in the motorcycle industry has scrambled to make one,” Stock wrote. “They are smaller, lighter and more affordable than most everything else at a dealership and probably wouldn’t look out of place in the 1960s – back when motorcycling was about the ride, not necessarily the bike.”

This focus on the experience of the ride, rather than the motorcycle itself is a key differentiator, says MPN’s own change agent, Eric Anderson. “We used to meet the nicest people on a Honda back in the 1960s, then we started specializing, sub-dividing and fixating on the hardware,” confesses our resident customer. “Maybe we lost sight of why we ride?”

Mark Hoyer, editor-in-chief of Cycle World magazine, told Stock there is a method to the madness of the new crop of “Millennial bait” bikes from the OEMs. “They’re selling this perception of lifestyle … it’s a cultural movement; a rebranding of the whole motorcycle industry.”

AIMExpo’s Kay concurs. “Custom Culture is more closely aligned with the younger generation of riders. Personalization is an outward reflection of their lifestyle, as opposed to identifying their lifestyle around the legacy custom scene.” Kay says to check out the new era of bike shows like Born Free, Mama Tried, The One Moto Show and Garage Brewed.

Shows like these indicate the lines have blurred and essentially there is no more “V-twin” requirement for admission to the “cool” club. “Custom Culture is a more conceptually open approach to motorcycle customization celebrating a diversity in contemporary expression, combining form and function with multiple styling cues,” Kay continues. “Custom Culture expands the traditional view of V-twin custom trends to include multiple brand and engine configurations for new interpretations.”

Face painting and tattooing meets metal working and carb rebuilds? As a way to connect the dots for the aftermarket traditionalists and the emerging youth movement from the OEM model mix, AIMExpo is hosting the Custom Culture Pavilion. It will feature exhibitors who have embraced the paradigm shift and will have local community garage Skidmark as a showcase for the future.

“The Custom Culture area is designed to attract young enthusiasts and provide an exhibit area for aftermarket manufacturers of custom products, performance engine components and lifestyle apparel,” explains Kay. “And yes, there will be face painting for the kids.”

The motorcycle industry is not dying… but its face and focus is changing dramatically. 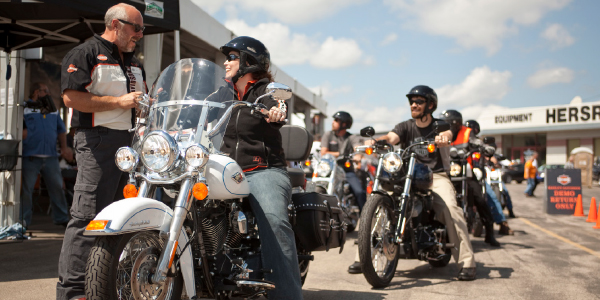 By the year 2027, Harley-Davidson plans to add 2 million new riders in the U.S. while also introducing 100 new bikes. President and CEO Matt Levatich said The Motor Company has 50 new bikes in development for release over the next five years and plans to simultaneously expand overseas business by 50 percent, Big Baggers are out and diversity is in? As Bloomberg writer Kyle Stock asserts: “Sturgis was out; Coachella was in. They needed something cool to show on the wealthy, quasi-hipster music scene, something far from the fat-fendered, chrome-soaked hogs buzzing around South Dakota.”

The world market view and a need to get back to basics have been driving Harley’s development of models like the Street 500. “There was a requirement to be more relevant to urban environments,” admits Harley’s director of U.S. marketing,  Anoop Prakash. “Prior to the Street, we certainly believed and knew many riders would start in another brand.”

It may not be a full-boat dresser, but it doesn’t break the bank, either. Affordability is the key to getting the Millennials – and the rest of the world – riding on a Harley. Proving there might be some life left in the heavyweight market leader, Harley-Davidson announced it was opening a plant in Thailand back in May. While criticized by some labor unions, the move makes sense in order to meet Levatich’s stated goal of gaining 2 million new riders in the U.S. and expanding overseas at the same time. Thailand is a major hub serving the growing Southeast Asian market.

“A factory in Thailand will allow us to be more responsive and competitive in the ASEAN region and China,” Harley-Davidson PR Manager Katie Whitmore said. “Increased access and affordability for our customers in the region is key to growth for the company in total. There is no intent to reduce H-D U.S. manufacturing due to this expansion.”

Harley opened a plant in India in 2011, and it also assembles motorcycles at a plant in Brazil, so the move is not without precedent. Also coming with a prior precedent is the fact that Harley has emerged as a leading bidder for buying Ducati from Volkswagen.

Graybeards may remember the old Aermacchi buyout… or more recently MV Agusta (ironically housed in the original Aermacchi plant). Some of the machine tools in that Varese factory are still labeled “AMF Harley-Davidson” to this very day.

However the Ducati deal shakes out, Harley has seen demand drop in the U.S. as its loyal Baby Boomer demographic ages out of the market. Time to take it to the street and get another generation on Harleys. As Prakash told Stock: “Nine bikes for under $12,000 breaks it down to $6 a day. Skip the latte; buy a bike.”

Is The Motorcycle Industry Dying?