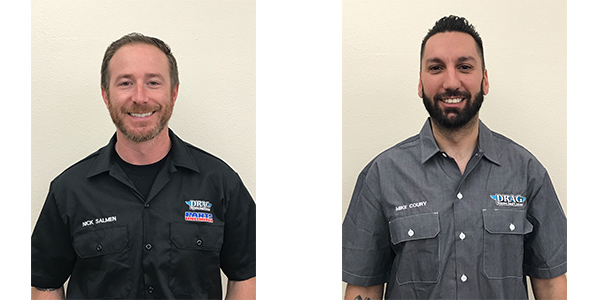 Salmen joins the Parts Unlimited team after 11 years of owning and operating a full-service powersports shop in Sioux City, IA. When it comes to riding, Salmen likes revving up anything with an engine, from sport bikes, Harleys and off-road bikes to watercraft and snowmobiles. He also knows his way around the wilder side of the sport as an experienced drag racer and stunt rider. In his spare time, Salmen likes relax on the river with his family.

Coury has been riding since he was five years old, mastering everything from dirt and sport bikes to custom Harleys. He has spent his career working in Colorado-area Harley-Davidson dealerships, providing great service and helping facilitate races and events. When you see him, say hi and ask him about racing Pro class in the Colorado Supermoto Series. In his free time, when he’s not busy working on his latest custom build, Coury likes to unwind camping or traveling with his family.