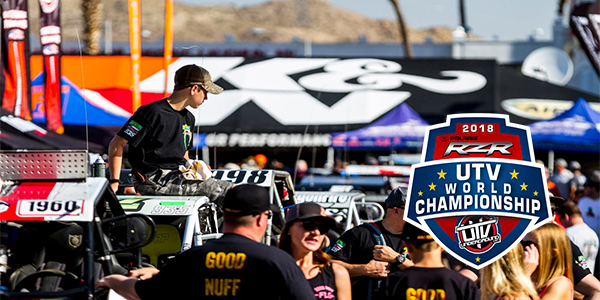 K&N will be displaying and vending its air filters and air intake systems at the massive Tech & Contingency at the Riverside Resort on Thursday, April 5th and Friday, April 6th.

“Last year, K&N joined us as a sponsor and quickly saw the potential in using The UTV World Championship as a way to showcase new products and get them in front of the right people. We had been talking with them about the off-road and UTV market for quite some time,” UTV World Championship owner, Joey DiGiovanni. “We’re thrilled to have them back and to receive their support again.”

K&N has staked their claim in the UTV market with major wins at some of the largest races in off-road. In 2017, RJ Anderson won the UTV World Championship and Mitch Guthrie won The Mint 400 using K&N’s new RZR intake system. Most recently, Guthrie dominated the King of the Hammers to take the win at one of the most challenging races of the year.

K&N Engineering in Riverside California invented the reusable high flow cotton air filter in 1969 and has been perfecting the technology ever since. The company sells over 5,000 products designed for cars, trucks, motorcycles, engines and industrial applications.

K&N Returns as Sponsor of the UTV World Championship