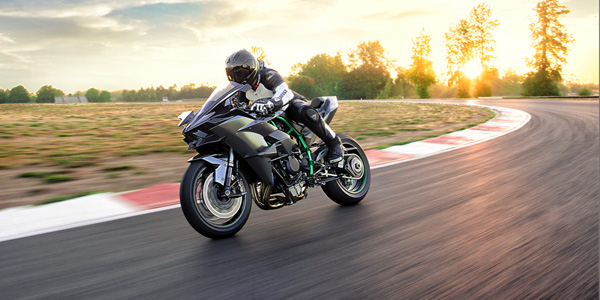 The Ninja H2 Carbon motorcycle was based on the 2017 Ninja H2, enhanced with special features, returns in limited quantities in 2018.

In order to create a version that was not only street legal, but also street capable, the Kawasaki Ninja H2 sportbike was born, using engineering shared from the Ninja H2R. The Ninja H2 was developed using the technology from the Ninja H2R model, but worked within the street-legal and street-capable parameters.