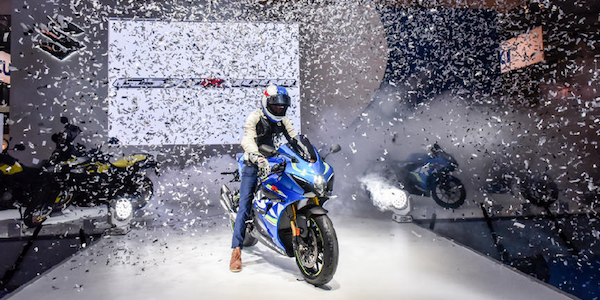 The show-in-show concepts, INTERMOT Customized and INTERMOT e-Motion set new benchmarks for the future-oriented development of the motorcycle trade show.

We’re only a matter of days from the beginning of INTERMOT 2018 in Cologne, Germany, and expectations are high for a record attendance on both trade and consumer days.

INTERMOT 2016 broke all records to-date for its show performance. This year, show officials say they expect to see even higher overall attendance than 2016. Ingo Riedeberger, the show director of INTERMOT, says that they are estimating between 220,000-230,000 visitors from 65 countries and a very significant crowd of dealers, industry professionals as well as international media (around 60,000) for press and trade day on Oct. 2.

While 2016 saw more new model launches than ever, Riedeberger says that it was mainly because of the OEMs having to build bikes to meet Euro 4 regulations for the first time.  “This created some pressure on manufacturers and resulted in many new models. Nevertheless, we are looking forward to see a number of new models at INTERMOT this year.” 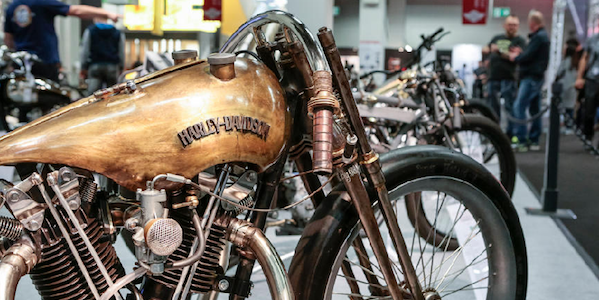 The show-in-show concepts, INTERMOT Customized and INTERMOT e-Motion set new benchmarks for the future-oriented development of the motorcycle trade fair and they both return for this years show.

INTERMOT Customized celebrates the individualization of ones own bike, and will again feature the AMD World Championship of Custom Bike Building. INTERMOT Customized will focus on the exciting biker scene with the recent rebirth of the café racer, drag-style bikes, choppers and bobbers. A wide selection of custom builds, customized clothing, parts and accessories will ensure there is something for every rider here.

Robin Bradley, promoter of the AMD World Championship, says that there are more bikes than ever making the trip to Cologne for this year’s event. “As things stand, it looks like we’ll have a record 90 plus bikes (65 plus competitors from some 30 countries) entering the five classes with Avon Tyres as the Primary/Freestyle Class sponsor from which the competitors themselves choose their World Champion (it is a Peer Group Review design and engineering showcase).”

Stunt shows, demo races, jumps and freestyle MX action will all be part of the show at INTERMOT. The excitement of dragsters and high-speed action with numerous “Hot Sprint” races will almost certainly be a popular event once again, and this challenge is judged by more than race results; style, creativity and obsessiveness are also judged.

INTERMOT e-Motion is the concentrated presentation of e-bikes, S-pedelecs and e-scooters. Centering once again around the needs of urban riders. e-Motion is a mixture of experts, competitions and special offers for attendees. The extensive e-scooter demo area is in Hall 7, and the impressive e-bike test track will return to Hall 8, giving visitors a chance to test electric bikes in real-world conditions.