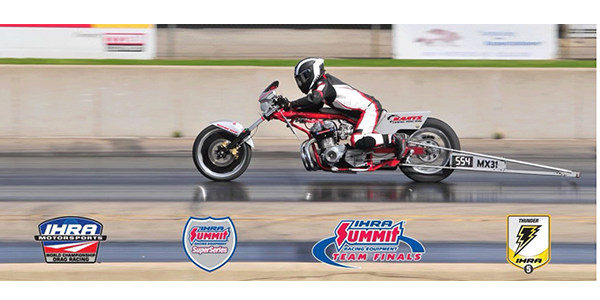 The International Hot Rod Association (IHRA) has announced a new motorcycle class has been added to the 2023 IHRA Summit SuperSeries World Finals at Holly Springs Motorsports in Holly Springs, Missouri.

The World Championship will now include the ET Motorcycle alongside Top (Box), Mod (No Box), Sportsman and Junior Dragster classes.

“There are so many great motorcycle drag racers at our member tracks throughout North America. It’s time they’re recognized properly and have their own opportunity to compete against each other for an IHRA Summit SuperSeries World Championship and a prestigious IHRA Ironman trophy,” IHRA Owner and CEO Larry Jeffers said.

Additional details will be announced at a later date. For more information, visit ihra.com.