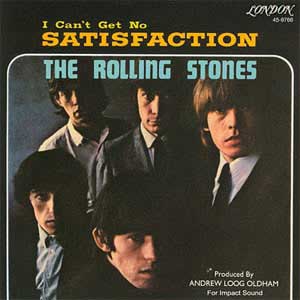 The Rolling Stones first sang “Satisfaction” 50 years ago, but judging by the latest Pied Piper dealership benchmarking study, it looks like a number of potential powersports shoppers can’t get no satisfaction from some of your dealerships today.

The Rolling Stones first sang “Satisfaction” 50 years ago, but judging by the latest Pied Piper dealership benchmarking study, it looks like a number of potential powersports shoppers can’t get no satisfaction from some of your dealerships today.

The good news is that the industry as a whole has improved its score in the past five years. The bad news is the majority of brands still fall below average.

The 2015 Pied Piper Prospect Satisfaction Index (PSI) Motorcycle Industry Benchmarking Study was conducted between July 2014 and April 2015 using anonymous “mystery shoppers” at dealerships throughout the U.S. And for the ninth consecutive year, Ducati and Harley brands ranked in the top three. This year Ducati repeated as the top ranked brand closely followed by Harley. Victory, Triumph and BMW rounded out the top five.

While 13 of the 17 brands surveyed improved (and raised the average), the ones who fall below average need to look at ways that they can improve. Dealers need to be sure they are taking advantage of every possible opportunity for a sale today – 12 of 17 brands were below average. That is a tough pill to swallow, not just for a particular dealer who may be losing a sale of a R3, CR or Scout, but for the industry as a whole.

Pied Piper’s Fran O’Hagan explains that mystery shopping has been around for decades, but it has always been very qualitative, very opinion based. Kind of like asking someone whether or not they liked a movie.

“In contrast, we invented the Pied Piper PSI process to still use mystery shoppers, but to use them in a fact-based process where they are simply ‘actors’ for us, going through the motions of motorcycle shopping, but also carefully observing whether very specific sales behaviors happen, or do not happen,” O’Hagan says.

Advertisement
In this article:Pied Piper Satifaction Index, Road Ahead, Rolling Stones, The Road Ahead

(I Can’t Get No) Satisfaction