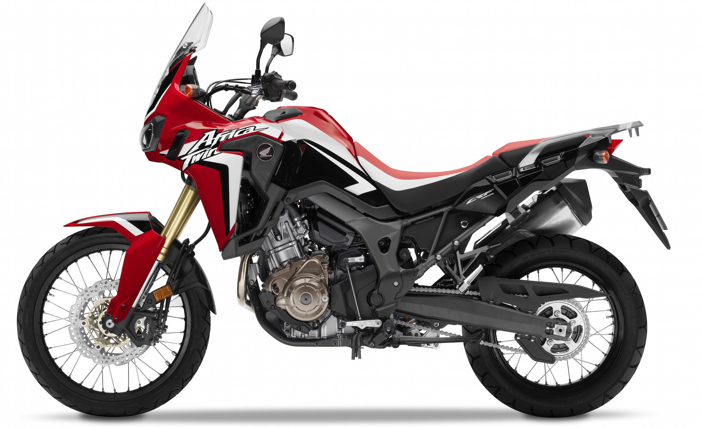 Following a series of information releases on the CRF1000L Africa Twin, American Honda has publicized pricing for the all-new model and also revealed additional details on the trailblazing adventure bike. At the same time, Honda officially announced a number of returning on-road models, several of which are offered in new colors for 2016. 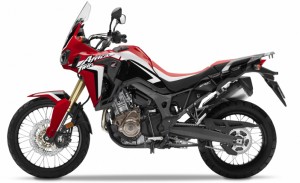 Following a series of information releases on the CRF1000L Africa Twin, American Honda has publicized pricing for the all-new model and also revealed additional details on the trailblazing adventure bike. At the same time, Honda officially announced a number of returning on-road models, several of which are offered in new colors for 2016.

Powered by a brand-new 998cc parallel-twin engine, the Africa Twin is available in two versions—one with a highly advanced Dual Clutch Transmission (DCT), and another with a standard gearbox; pricing is set at $13,699 and $12,999, respectively. Both versions come standard with ABS and Honda Selectable Torque Control (HSTC) and are extremely capable in highway and off-road applications. 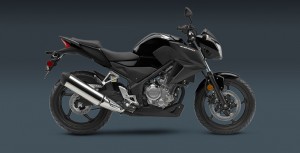 Now entering its second model year, the CB300F has a deserved reputation as being fun, affordable and beginner-friendly, and for 2016 it’s available in a striking new Black color. This naked sport bike has the same liquid-cooled, 286cc counterbalanced single-cylinder engine as its CBR300R counterpart, but with a more upright riding position. Though extremely popular among customers who are new to motorcycling, the CB300F still packs a punch that even an experienced rider can appreciate. Because it is highly fuel efficient, with fuel economy estimate of 71 miles per gallon*, customers should plan to spend more time on the road and less time at the pump.

Few motorcycles evoke the open road like Honda’s legendary Gold Wing which, after more than 40 years of production, remains the standard for luxury touring, ready to carry customers on their next adventure. For 2016, motorcycle travelers can count on the reliable 1,832cc, horizontally opposed, six-cylinder engine and renowned Honda ergonomics, all of which have combined to give the Gold Wing its reputation as an unsurpassed two-up touring bike. To suit the requirements of any touring enthusiast, the Gold Wing will continue to be offered in four different build options (including the world’s first production-motorcycle airbag system), and for 2016, it’s available in three beautiful color options, two of which are new. 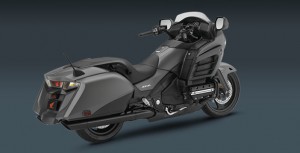 Based on the Gold Wing but in a leaner, lighter package, Honda’s Gold Wing F6B and F6B Deluxe return for 2016. A powerful 1,832cc liquid-cooled, horizontally opposed six-cylinder engine provides incredible cruising power, while integrated luggage, adjustable suspension, cruise control and premium surround sound ensure comfort and convenience. The Gold Wing F6B Deluxe builds upon the standard model with a centerstand, passenger backrest, heated grips and self-cancelling turn signals, and in addition to the Matte Silver color of the standard version, the Deluxe is also offered in a new Matte Pearl White color. 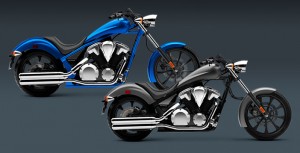 One of the boldest, most eye-catching cruisers on the market, the long, lean Fury gets even more aggressive for 2016, with the removal of the passenger seat and foot pegs enhancing what was already a custom look. With its stretched-out wheelbase and rumbling 1,312cc, 52 degree V-twin engine, the Fury certainly turns heads wherever it goes, but it also offers practical elements like Programmed Fuel Injection, shaft final drive, front and rear hydraulic disc brakes and—perhaps most importantly—Honda’s famous finish and reliability.

THE FOLLOWING MODELS RETURN UNCHANGED FOR 2016 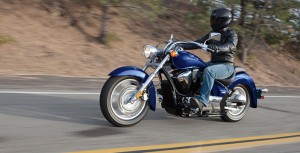 Back for 2016 with its radical, retro-progressive styling, the Stateline boasts stretched-out, chopped-dragster lines, along with deep-valance fenders, low-profile tires and cast five-spoke wheels. Technically, the Stateline is totally modern, with features like fuel injection, shaft final drive and disc brakes (there’s even optional ABS), but its aesthetics appeals to those with traditional tastes. The 1,312cc, 52 degree V-twin power plant offers plenty of torque and a throaty rumble, and the wide, deep-dish seat is only 26.7 inches high. 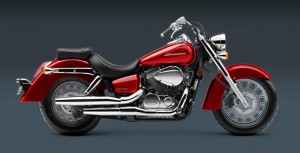 For customers looking for a tough-but-refined middleweight cruiser, Honda’s popular Shadow line returns for 2016, with two distinct models offered: the Shadow Aero (also available in an ABS version) and the Shadow Phantom. Both are powered by a liquid-cooled 750cc V-twin engine and have wire-spoke wheels, front disc brake, chrome 2-into-2 mufflers and shaft final drive, but the aesthetics are quite different; true to its name, the bobber-inspired Phantom has blacked-out looks, while the Aero has classic cruiser styling, with large fenders and a traditionally shaped fuel tank. 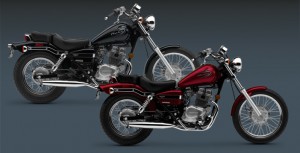 Tough but unintimidating, reliable and affordable, lightweight and maneuverable: all are adjectives that aptly describe the popular Rebel, Honda’s smallest-displacement cruiser model. Long a hit with customers who are new to riding and want a traditional look, the classically styled Rebel is powered by a 234cc single-cylinder engine and has a hydraulic disc front brake, semi-double-cradle frame and electric start, and the seat height is just 26.6 inches. 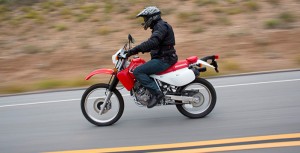 Thanks mainly to its incredible versatility and reliability, the XR650L is a regular favorite for adventure riders who feel completely at home on remote, technical singletrack but also want to be comfortable when linking those trails together on the highway. Powering through daunting off-road conditions is possible thanks to the smooth-running 644cc single-cylinder engine, which has dry-sump lubrication and push-button electric start. The frame is of a semi-double-cradle design, the air-adjustable 43mm Showa cartridge fork has adjustable compression damping, and the Pro-Link® rear suspension has a Showa shock with adjustable preload, compression and rebound damping.

Advertisement
In this article:Adventure Twin, Honda