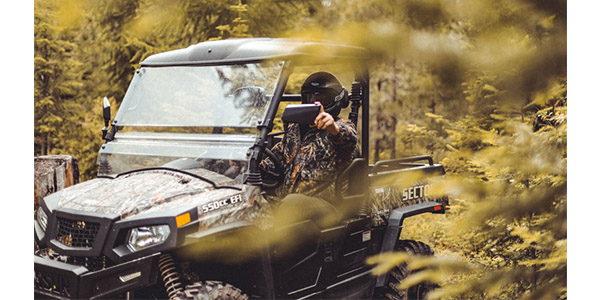 The 29th Annual SMU Cox Dallas 100 Awards Ceremony and Banquet was held at the Omni Hotel on Thursday, Nov. 21, at the Omni Dallas Hotel, 555 S. Lamar Street in downtown Dallas.

The Cox School’s Caruth Institute for Entrepreneurship ranks the top 100 Dallas privately-held entrepreneurial companies annually based on percentage growth and absolute dollar growth over the previous three years. The Institute, working with the accounting firm BKD LLP CPAs and Advisors examined sales from hundreds of companies for 2016 to 2018, the last year for which complete data is available. The winners represent a broad spectrum of Dallas-area businesses.

Appearing on the list for the third consecutive year, was McKinney, TX based HISUN Motors Corp., USA coming in at the 51st fastest growing company of the year (2018).

Dallas 100, co-founded by the SMU Cox Caruth Institute, honors the ingenuity, commitment and perseverance of the fastest-growing privately held entrepreneurial businesses in the Dallas area. This year’s winning companies collectively generated 3.5 billion in sales in 2018, according to Simon Mak, the Linda A. and Kenneth R. Morris Endowed Director of the Caruth Institute for Entrepreneurship at SMU Cox. Collectively, the companies grew at an average annual growth rate of 82% from 2016 to 2018. Together, they created almost 7,000 jobs in that same period.

“These companies are the unsung heroes of the Dallas-area economy,” said Mak. “They are entrepreneurial dynamos, creating products and/or services that in turn create jobs and generate income for their owners, not to mention the millions of dollars they collectively contribute to our economy. For almost three decades now, it has been our honor at the Caruth Institute of Entrepreneurship to shine the spotlight on the critical role of entrepreneurship in the DFW economy. Congratulations to this year’s Dallas 100 honorees.”

Advertisement
In this article:Award, hisun motors