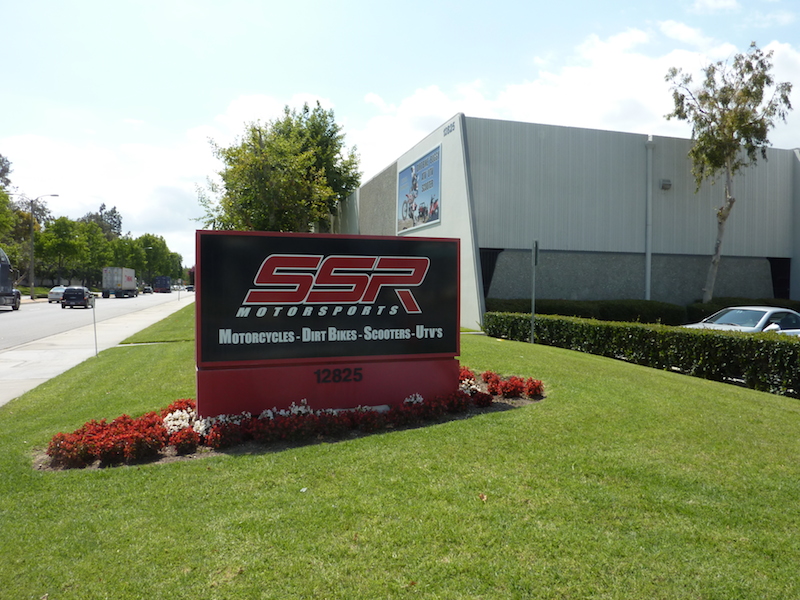 If you were a dealer during the past decade, it would have been pretty hard to miss SSR Motorsports… at least if you had any involvement with the pit bike sector of the market. The movement spawned multiple magazines, AMA-sanctioned national championships, a legion of fans, created a cottage industry of firms building 50cc works bikes from pure unobtanium, and culminated in the annual MiniMotoSX in Las Vegas drawing sell-out crowds and full fields of more than 300 racers who had to qualify in regional events around the country. Although many of the mini bikes imported during the height of the pit bike craze went unreported, estimates range well north of a million units from 2000-2010. 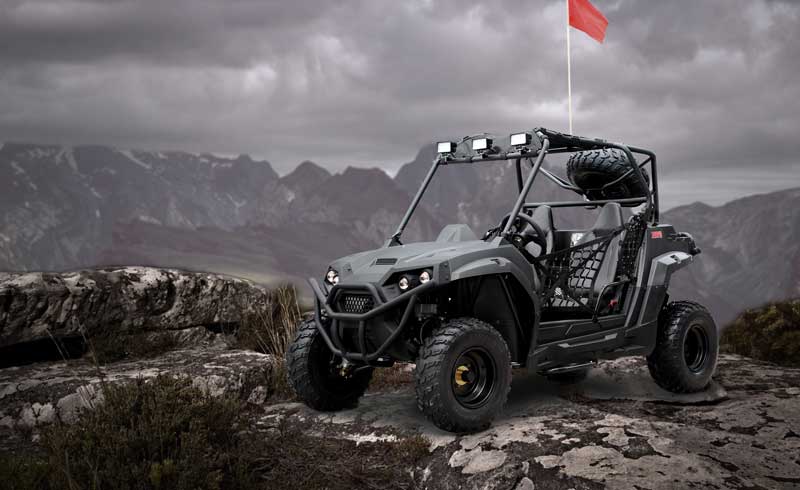 There were dozens of OEMs specializing in the niche, starting around 1999 when Honda added the XR50 to the venerable Z50 and followed up by Kawasaki’s landmark KLX110 in 2002. Cameos in the Crusty Demons of Dirt series led to literally hundreds of pit bike movies flooding the shelves of the local video stores (remember those?) and dealers shelves at Christmas time. That landmark year of 2002 also saw SSR Motorsports enter the fray.

“My brother and I saw an opportunity to differentiate SSR by insisting on a higher level of performance, fit and finish than most of the machines on the market had,” says co-founder and current President/CEO William Li. “In order to ensure the level of quality control that met our standards, and to protect our intellectual property, we opened our own factory making pit bikes and ATVs. My brother Dennis Li ran the factory and I took care of the US distribution.“ 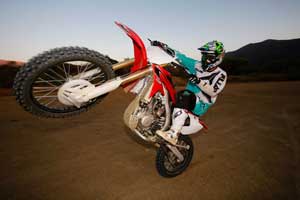 However as the market changed, so did the direction of SSR… dramatically! “We found it more affordable to partner with another factory with our own QC staff on site and necessary to expand our products beyond pit bikes,” explains William. This ultimately lead to closure of the factory and William assuming complete control of the company in 2008. Hindsight is 20/20, but Li proved to be a real visionary as he expanded into the scooter, dune buggy, UTV market in 2006 and more recently saw emerging opportunities in the UTV market and full size motorcycles, including street bikes (see the sidebar on Benelli).

Another key element of William’s vision was having the U.S.-based headquarters and design center. Perhaps more importantly from the dealer perspective, Li also insisted on having an American warehouse full of spares and an in-house call center for tech support! This commitment to the dealers paid off… almost from day #1 SSR remained at the forefront of the Pit Bike business. Today, 90% of the other pit bike specialty OEMs are only a distant memory.

Fast forward from 2002 to 2015 and the announcement that SSR has become the official U.S. importer/distributor for Benelli. “Our stellar reputation has been built on a finely honed foundation of well-engineered products, affordable prices, exceptional customer service and comprehensive dealer support,” says William.

This level of professionalism has seen both Benelli motorcycles and Keeway scooters select SSR as their exclusive distributor in the United States. “These new product offerings will allow us to continue to expand our reach in the industry.” Another strategic advantage SSR has added was the addition of VP of Operations/General Manager Mel Harris.

After nearly three decades as the VP of motorcycles for American Suzuki, Harris has forgotten more about the American motorcycle industry than any of us will ever learn! “Mel is really going to be an asset as we transition for pit bikes to the full sized motorcycle market,” explains Li. “His insight to the sportbike market and the U.S. dealers is invaluable!”

With the addition of the Italian-designed sportbikes, announced in the spring of 2015, SSR now carries an industry leading selection of pit bikes for beginners to pro racers from 50cc up to 160cc; full size 250cc and 450cc dirtbikes; a 50-state legal dual sport bike; a range of distinctive and fuel efficient scooters and electric bicycles, on the two-wheeled side. On the Side-X-Side side, SSR also has you covered a selection of highly optioned, but value-priced UTVs.

“With this wide array of vehicles, SSR Motorsports has become a leading importer and distributor in the powersports industry,” states William. Hard to argue with the facts, but add in the caveat that SSR still owns major shares of the pit bike market in America, and they are definitely a player to take seriously.

BENELLI … BACK IN THE SSR!

Although it sounds vaguely like a Beatles lyric, Benelli being backed by SSR should be music to some dealers’ ears. The venerated Italian sportbike expands SSR Motorsports’ reach well beyond its pit bike roots and opens opportunities to an entirely new group of dealers. 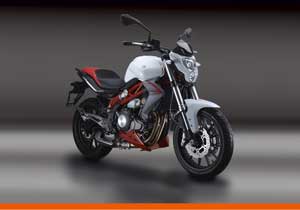 Established in 1911, Benelli is one of the original Italian OEMs. Now partnered with Chinese industry leader Q.J. and represented exclusively by SSR Motorsports, it is truly a global motorcycle. According to the official announcement in April, “Benelli Italy and Q.J. Group, manufacturer of Benelli Motorcycles, made the decision to appoint SSR Motorsports the U.S. distributor based on SSR Motorsports’ ability and outstanding customer service.” Benelli became part of the Q.J. Group in 2005, a corporation located in Wenling, China, that produces more than 1.2 million vehicles per year.

Don’t mistake the volume of a Chinese-made motorcycle for a lack of quality or a cheap price point. The company is still headquartered and its vehicles designed in Pesaro, Italy, just like it has been since the turn of the century. More importantly, Benelli had to live up to SSR’s requirements for performance, fit and finish before they would stake their reputation on it. In fact, SSR floated a trial balloon at the AIMExpo last fall to gauge the dealers’ response before signing on the dotted line.

Based on the favorable feedback in Orlando, Benelli is back at SSR. Starting with just two of the Benelli bikes, U.S. dealers will get access to the BN302, a 302cc parallel twin (with a MSRP of $3,999), and the BN600i, a 600cc Inline four (MSRP of $6,999). Both naked bikes are already a big hit in the Asian and Australian markets and should appeal to the American customer-base as well. But don’t take our word for it.

No less an authority than famed moto-journalist Alan Cathcart says, “Benelli is now fully on a level with anything made in Europe. I guess that, just as with Japan 50 years ago – a nation which originally traded exclusively on price – has now learned that export customers prize affordable quality above all else.”

Performance, affordability and quality – Benelli is playing SSR’s tune and hopefully it will make their dealers’ registers ring as well! 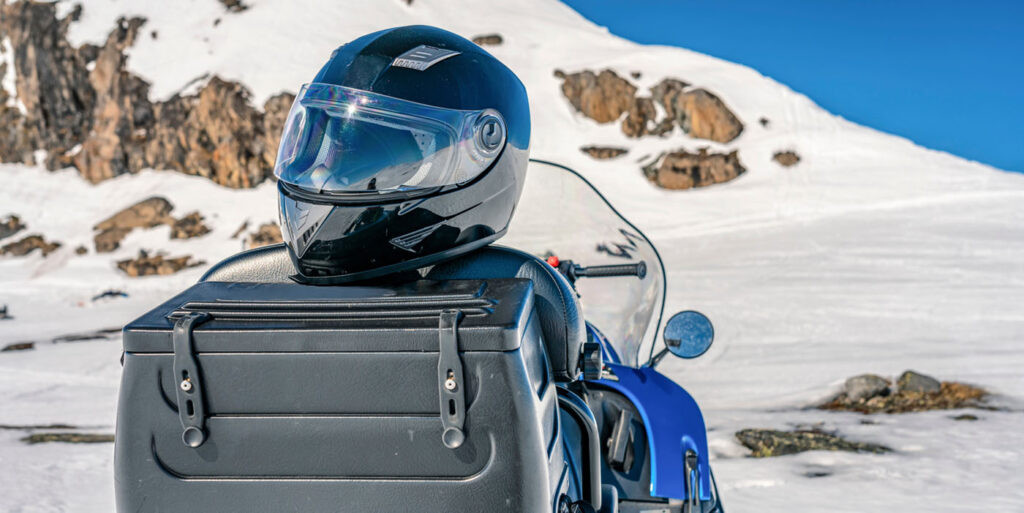