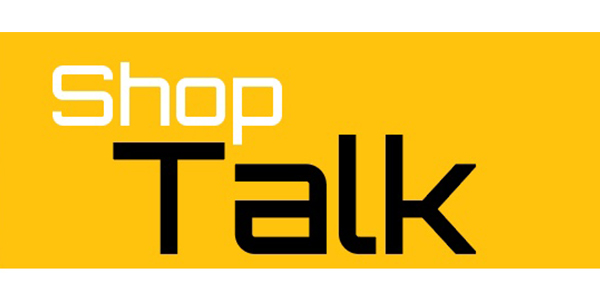 I’ve learned in dealing with powersport dealers that they resent being compared to auto dealers. I could respect that. Until this past trip. I’ll change the names and locations but leave the details intact.

I’ve learned in dealing with powersport dealers that they resent being compared to auto dealers. I could respect that. Until this past trip. I’ll change the names and locations but leave the details intact.

Story No. 1 We were contacted by the dealer as he had concerns regarding pressure he was receiving to make sure he was compliant with his customers throughout the sales process. Initially, when we spoke, he was of the mind to just install some “stuff” and that way he would be compliant. I had to explain (and it took a while) that having software is not what makes you compliant. He argued a bit and then thought about whether this would be worth the hassle.

Story No. 2 Same trip different dealer. This dealer was also interested in compliance but also wanted to be able to track his staff’s performance. When we were demonstrating the software, the sales manager was always “busy.” After the install, and while we were in the dealership, the manager took me aside to ask some questions. The first thing he wanted to know was how to hide certain things. I had an idea what he meant but wanted to be absolutely certain. I asked him to explain.

He made it perfectly clear. All he wanted the customer to see was monthly payments. No price, just payments. Those payments were to be at the maximum interest allowed by law and any product available was to be packed in the payments. He was inflating the price without sharing that with the customer. Then, he asked if I “understood” where he was coming from.

I did. When I told him that the dealer was installing this software to make sure the customers were totally clear on what they were getting, his reply was just as clear. “There is no way any software is going to give me a cut in pay. I can promise you that this software will be broken every day until it’s taken out of here.”

In both cases, gross, F&I penetration and PVR were about average for that part of the country. It’s obvious their tactics weren’t making them any extra money per deal compared to the competition. What it probably was doing was making it easier for their competition to get some of their business. The reason is simple. Packing payments or other tricks to make gross, only work when you’re selling the customer on the spot. If that customer leaves and gets treated to an honest sales process somewhere else, they’ll never go back to that dealer. Besides, that’s exactly what every car dealer was doing until the mid-1990s.

Actually, it’s not all that complicated. Start from the customer side. How many of your customers have been on the internet before they get to your showroom? Statistically, almost all of them. If that’s true, how much information is available online about the unit, the pricing, financing, etc.? EVERYTHING.

Then, why on God’s green earth would you think that working like a car dealer from the 1980s would be a better way to do business? All you have to do is read the auto industry publications to see how that’s working. Yes, there are still some dealers who let their managers operate like it’s 1989. They’re being fined in the hundreds of thousands of dollars and being forced to refund customers equal amounts. Just last week a dealership was fined over $900,000. To put that into perspective, we service powersport dealers who would like to reach that number for gross profit annually.

Progressive and highly profitable dealers have found the secret to increasing profits by a minimum of 20 percent. You see, having compliant software isn’t enough. You need to have a process behind it. Not having a process is like buying a hammer and nails, laying them on your showroom floor and coming back in a week and expecting an office to be built.

Dealers who realize that the customer is fully informed can use that to increase profits. The reason is, rather than getting mysterious or defensive, they can simply agree with the customer and present them facts and figures to do business with them today. But, the real benefit is, the right process can eliminate the “I’m just looking” buyer from your showroom and turn them into deliveries.

So, saying you don’t want to be compared to car dealers isn’t enough. You need to do the things that make for a successful powersports operation that wants happy customers. Happy customers always pay higher profits, purchase more F&I products and, best of all, come back in a few years to do it all again.

John Fuhrman is director of training for OptionSoft Technologies. To learn more, email him at [email protected]