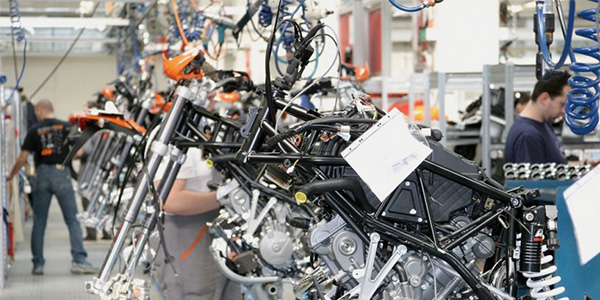 A total of 1,004,063 motorcycles were registered in 2018 in the EU according to the final figures published by the European Association of Motorcycle Manufacturers.

A total of 1,004,063 motorcycles were registered in 2018 in the EU according to the final figures published by the European Association of Motorcycle Manufacturers (ACEM). This represents an increase of 9.9 percent compared to 2017 numbers. The largest motorcycle markets in Europe in 2018 were: Italy (219,694 units), France (177,460 units) and Spain (159,946 motorcycles). Motorcycle figures include both two- and three-wheeled vehicles with an engine capacity above 50cc as well as electric motorcycles.

“The year 2018 has been positive for the motorcycle industry, with motorcycle registrations increasing in almost all EU countries, and double digit growth figures in key markets such as Spain and Germany,” said ACEM Secretary General Antonio Perlot. “Notwithstanding the short term fluctuations created by the shift from the Euro 3 to the Euro 4 standard, the European motorcycle market shows a general positive trend since 2013. On the other hand, moped registrations in 2018 suffered a significant reduction, largely linked to the effect of the transition to Euro 4. This decline was only partially compensated by higher electric moped registrations. Indeed, although the number of electric mopeds sold increased by 47 percent on a year-on-year basis, for the time being the absolute volumes remain at niche levels. In any event, combined registrations of electric L-category vehicles (i.e. mopeds, motorcycles and quadricycles) do show a clear upward trend since 2011. This is particularly the case for those vehicle segments used for short- and medium range urban commuting and for which electrification is technically easier,” Perlot added.