Made In Italy, Shocking The World!

In 2012, the EICMA Show in Milan was the site of some shocking news … literally as the Energica EGO stunned the gas-powered guys at the world’s largest motorcycle show. In less than three years, the CRP Group has gone from a prototype to proven product tested by journalists from around the world to shopping the U.S. market.

Sold-out demo dates in San Francisco, Los Angeles and New York this summer indicate this is more than smoke and mirrors. MPN saw the stunning prototype in Milan in 2013 and most recently up close and personal at a showing in L.A. hosted by our friends from the Italian Trade Association. 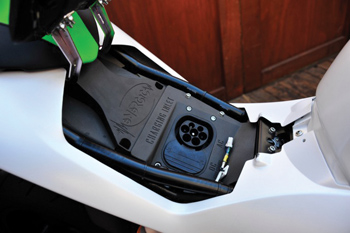 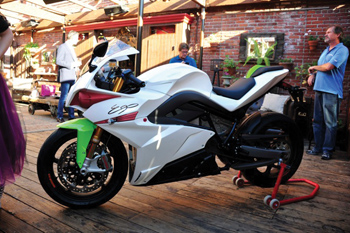 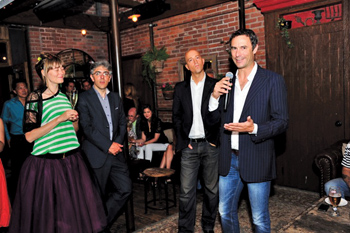 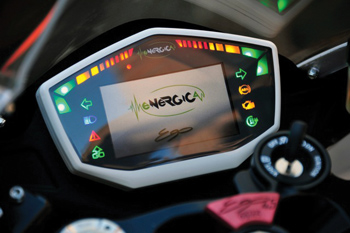 Energica’s parent company, CRP Group, specializes in rapid prototyping, precision machining and overnight turnaround for high-profile aerospace and motorsports clients. Headquartered in Modena in the heart of Italy’s auto racing industry, CRP’s neighbors/clients include the likes of Ferrari, Maserati and Lamorghini, so it is only natural that they wanted to make something with a sporting bent, but a street legal superbike seems pretty ambitious for a first product.

“Everyone wants to make something they like; we chose the superbike,” claims CRP CFO Andrea Vezzani. “Why electric? Because it is a challenge. We cannot fight against Ducati, so we needed to invent something else.”

Its tagline – “100% Italian Racing Bloodlines, 0% Emissions” – makes sense for the first all-electric superbike in the context of doing something different than Ducati. Built by the same people at the CRP Group that have designed and engineered racing performance from F1 to the 24 hours of Le Mans for more than 40 years, the high-tech EGO looks like it has what it takes to beat the internal combustion engine.

At the heart of this thoroughbred is an all electric motor which produces an astounding 195 Nm torque from 0 rpm to redline, an electronically limited 150 mph (240 km/h) and a 0 – 100 time of under three seconds. All on just pennies worth of energy. Top of the line racing components, on board chargers, and a range of approximately 120 miles of real world riding, with a phase 4 DC charge to 85 percent in just 30 minutes.

In addition to its motivation, the electric motor makes for a different riding experience. “With no transmission gears, clutch or shifting, the process of searching for the ‘right gear’ and rpm is eliminated allowing for full concentration on braking, cornering line and acceleration,” explains Energica chief technology officer, Giampiero Testoni. “The excitement of riding an electric motorcycle is more power, less work and feeling instant torque.”

Testoni adds, “It is hard to compare electric vehicles with gas-powered ones. The combustion engine achieves torque on a curve that requires higher revolutions to obtain maximum performance. An EV motor delivers maximum torque from the wheel to the ground in a totally linear fashion. You have to experience it for yourself.” While the power delivery is radically different the basic running gear and EGO’s ergonomics are familiar ground.

The frame and components are superbike spec equipment that can be found on its gas-powered competition. Brembo mono bloc brakes, fully-adjustable Öhlins shock, Marzocchi cartridge forks and Marchesini wheels are standard equipment on the $34,000 EGO.

A limited edition up-spec EGO 45, complete with carbon fiber body work, fully adjustable 43mm Öhlins forks and forged OZ wheels will also be made, but production is limited to 45 units worldwide, so perspective U.S. dealers probably don’t want to even know the asking price! Standard models should be available in America starting in April of 2015.