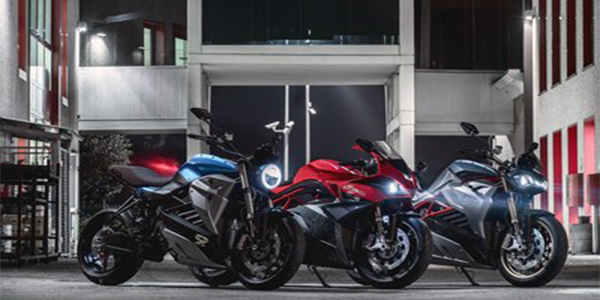 Energica Motor Company S.p.A., an Italian manufacturer of high-performing electric motorcycles, closed the first quarter 2018 with a current order book that exceeds the total sales of the previous year. During 2017, the company said it worked hard on the promotion of its products and the entire EVs sector in order to pursue the goal of establishing itself as “a leader in the segment.”

“In these first few months of 2018 we have achieved an extraordinary result: our order book overcomes the 2017 sales in a short time,” said Livia Cevolini, CEO of Energica Motor Company S.p.A. “This result was achieved thanks to the launch of our third model, the old-school electric Eva EsseEsse9, and the involvement in MotoE project. Our goal is to proceed along this path and put other milestones in Automotive sector and soon also in the electric racing field.”

Energica recently announced that it has been chosen by Dorna as the Unique Manufacturer of the FIM Enel MotoE World Cup, the world’s first electric motorcycle competition that will start in 2019.

Over the past year, Energica has continued to strengthen its presence in the U.S., appointing  Stefano Benatti to CEO of Energica Motor Company Inc., the exclusive distributor for Energica Motor Company SpA in North America. Benatti promoted the company’s operations in California and worked on new commercial partnerships in Los Angeles, Santa Monica, San Francisco and Texas.

Energica Motor Company S.p.A. joined CharIN e.v., a registered association founded by major manufacturers and suppliers for the electric automotive industry who develop and promote the Combined Charging System (CCS) as the standard for charging battery-powered electric vehicles of all kinds.

In May, Energica unveiled the first branded fast charging station at Selva di Val Gardena, in Dolomiti area. The installation is part of the “Fast Charge Infrastructure Program” and affirmed the company as the only electric motorcycles manufacturer in the world to have invested in charging infrastructures with its own brand.

Adding to the Energica buzz was none other than the “Texas Tornado.” Colin Edwards, one of the most dominant riders to ever race in the U.S. who turned a few demo laps on the Energica Ego Corsa during last weekend’s MotoGP race at COTA in Austin, Texas.

Energica Ego and Energica Eva are already on sale through the authorized importers around the United States and Europe.