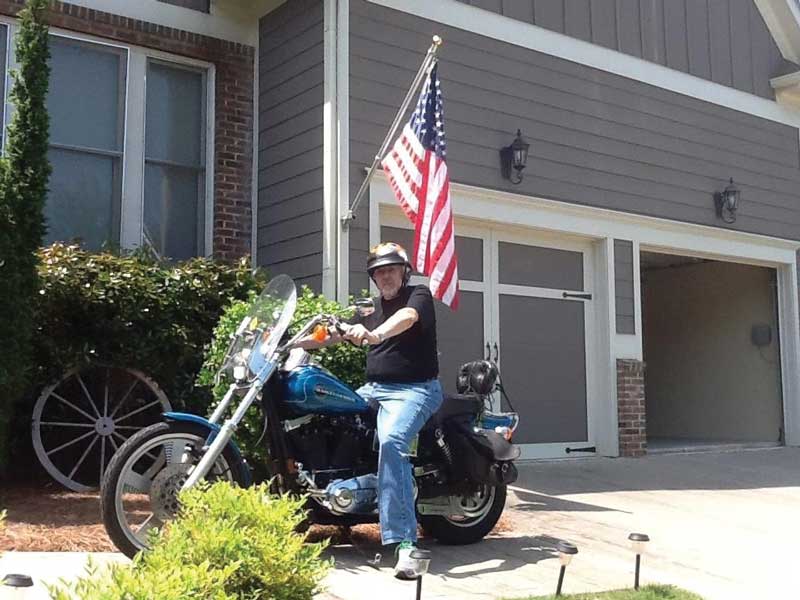 Want to increase your number of happy customers? Train your people NOT to say, “We don’t stock that,” when someone comes in wanting fork tubes for a 1969 Honda CB 350 or an oil filter for a 1975 Norton Commando. What they SHOULD say is, “I’ll look it up in the EMGO catalog.” Very often, the part will be there, and, instead of having an angry would-be customer storming out your door, you will have a pleased actual customer listening attentively as your parts person explains the special-order policy. Much better for community relations, good vibrations and your bottom line. “Let your dealers know that you can make big money with our products,” says Emil Gomez, EMGO’s CEO. 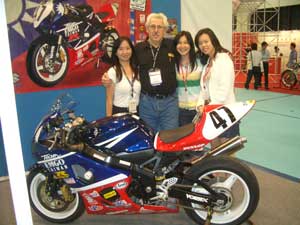 Making that one person happy can result in additional wear on your front door hinges. Most people with the classic bike bug congregate with others sharing their predilections, and if one old bike enthusiast gets what they need at your place, very often several others will soon appear without you needing to do any advertising at all. While your new customers are getting their special part ordered, they may decide they need oil, a pair of gloves and a drive chain.

Want to sell more new bikes? Vintage hobbyists almost always own a new bike to ride when they get tired of sorting out the wiring on the Moto Guzzi Ambassador. If you get them the parts they need for the old bike, they will like you, and if they like you, they will be more likely to buy that new bike from you − and so will their friends. 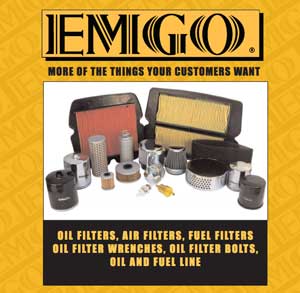 New for EMGO in 2015 is this catalog for oil and air filters, oil lines and filter wrenches. They also published a new catlog for ATV parts.

EMGO stocks sprockets, mufflers, levers, brakes, oil, air and fuel filters for most bikes, old and new, from Aprilias and BSA’s to Victory’s and Yamahas, as well as for personal watercraft, ATV’s and snowmobiles. The company offers custom mirrors, classic twistgrips, and fork gaiters for Harleys and Hondas, fenders for Kawasakis, and cables for a huge variety of two-wheeled transport. “We have about 15,000 part numbers,” says Emil Gomez. “We sell aftermarket parts for Harleys, Japanese motorcycles and European motorcycles. The parts we sell are driven by retailer input. If we find there is demand for a particular part, we will obtain an OEM part and reverse engineer it.” 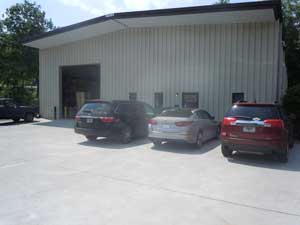 EMGO stocks sprockets, mufflers, levers, brakes, oil, air and fuel filters for most bikes,
old and new, from Aprilias and BSAs to Victorys and Yamahas, as well as for personal watercraft, ATVs and snowmobiles.

EMGO works with several Taiwanese factories and imports their output to the USA and, increasingly, all over the world. The company name derives from the first two letters of the first and last name of the CEO, who worked at and then purchased the import motorcycle division over 50 years ago from an international trading company. About 10 years ago, the company started a catalog specifically for classic bikes. “It has been a boom for us,” says Gomez. Recent additions have been foam air filters for dirt bikes and ATVs, locking gas caps for 1980s Kawasakis, stators for Honda 400 Fours, and replica Lucas headlights for classic British motorcycles.

The company will happily send dealers EMGO catalogs to have on hand for customers to look at, although all sales are through distributors to dealers. The EMGO catalogs can also be easily accessed online. “If you don’t see it in one of the catalogs, email us and ask.”

The Current Crop of EMGO Catalogs
New for 2015, is EMGO’s catalog of oil and air filters, oil lines and filter wrenches. Remember that if someone is buying an oil filter from you, they are probably also going to want to buy oil – an opportunity to up sell.

Also new for 2015, an entire catalog of parts and accessories for ATVs.
The controls catalog, featuring footpegs, grips, handlebars, forged shift levers, throttles, brackets and similar items. Your customers can customize their rides without spending an arm and a leg, and may even ask you to install
the parts for them.

The sprocket catalog, with a complete list of sprockets for on and off-road bikes and ATVs. EMGO has sprockets to fit exotic bikes like Derbi, Gas-Gas, Gilera, and MuZ, as well as all common brands. Many of your customers are taking up vintage off-roading or racing, and will want to know that you can get them sprockets for their bikes.

The muffler catalog. Mufflers are one of the first things to rust out on old bikes, and finding factory originals is often impossible. A high-quality EMGO muffler set will get that older machine back on the road. EMGO sells mufflers for classic British bikes and Harley-Davidsons, as well as universal mufflers that fit a variety of makes. There are also a wide selection of cafe racer mufflers in the catalog, a look tha t is now very popular among younger riders.

The mirror catalog. EMGO is known for its aftermarket mirrors. As you know, mirrors are often the first thing to break in minor mishaps. Make someone’s day by finding them a replacement for that cracked mirror.

The vintage and cafe racer catalog. Clutch springs for a BSA? Classic split-lens goggles? Side stands for a Kawasaki Z-1? It’s all here.

A challenge has been the perception of a percentage of the public that Taiwanese factories produce inferior products. “The perception of inferior quality has moved over to products from Mainland China,” says Emil. “Our factories have overcome that perception with constant development. They go out of their way to improve. We get compliments that the quality of our parts is better than original.” Emil points out that his USA-based staff travels through Asia (Taiwan, China, India, Thailand, Indonesia, etc.) working with quality manufacturers and inspecting the quality, packaging and shipment of the company’s products.

EMGO is a supplier to OEM accounts and major private label companies in addition to the EMGO brand sold via wholesale distributors worldwide.

Online retailers stock some of the more popular EMGO products, and the reviews are uniformly positive. For example, 100 percent of respondents to one online forum would recommend EMGO’s universal motorcycle travel trunk. “Secure and reliable” is a typical comment.

Emil sees no end in consumer’s interest in classic motorcycles. “We have many more foreign buyers around the world. Currently, EMGO has customers in more than 35 countries. Cafe racing has taken off in the last two years, and is still growing. Small cafe racers based around older Hondas are especially popular.”