This San Francisco-based shop is the third-oldest motorcycle dealership in the United States. It’s been run by the same family for that entire time, with the fourth generation of the Perkins’ now involved in the business. 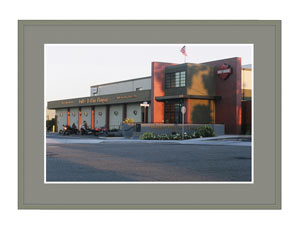 If you walk into the Dudley Perkins dealership, now located just south of San Francisco, you will see a scattered collection of iconic Harley-Davidsons from the past 110 years of the manufacturer’s history. The Dudley Perkins Company has sold most of the motorcycles on display at one time or another. Now celebrating its 100th year in business, the shop is the third-oldest motorcycle dealership in the United States. It’s been run by the same family for that entire time, with the fourth generation of the Perkins’ now involved in the business.

Dudley Perkins settled in San Francisco in 1912. At the time, the city was a bustling waterfront town, largely recovered from the 1906 earthquake and fire. Motorcycles were popular — in 1911, the San Francisco Motorcycle Club boasted 500 members, including the mayor! Dudley started his San Francisco Harley-Davidson agency in 1914 with a partner, who he bought out in 1917. He was an avid racer who later became a champion hillclimber, and his race winnings sometimes kept the business going in tough times.

Dudley also had innovative ideas, including starting a fleet of commercial sidecars for rent. Businesses that offered deliveries to customers could rent a package truck outfit, which would be stored and serviced at the dealership as part of the deal. Dudley would even locate a driver for the outfit. 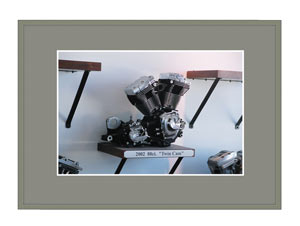 The Dudley Perkins Company again is renting Harley-Davidsons, but the customers are mainly out-of-town motorcycle ­enthusiasts, not local merchants. San Francisco is the hub of challenging, scenic roads, and vacationers flock to the Bay area to ride them. Some enthusiasts even ship their own bikes to San Francisco, and Dudley Perkins offers uncrating, inspection and storage services. The current location of the dealership is close to San Francisco International Airport, making it easy for visitors to pick up and drop off a rental.

Several years ago, the Perkins family realized that vacationers wanted to buy T-shirts and similar items for their motorcycle-riding relatives and opened a store near Fisherman’s Wharf, a major tourist area. This satellite store has proved itself a wise investment. The dealership has designed its own San Francisco-oriented T-shirts and memorabilia, and the Fisherman’s Wharf store is a natural outlet for these items. 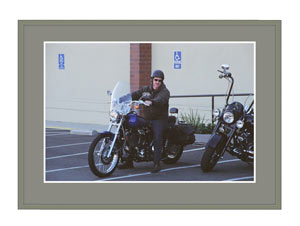 Aside from the unique sales opportunities afforded by Dudley Perkins’ location, the dealership thrives on the social network surrounding it. “We have always done social rides, such as the Redwood Run and the New Year’s Day run,” says CFO Tom Perkins. “But now the calendar is so full, someone could go on a group ride every weekend of the year. We have one or two overnighters every year, and the charity runs are the big draw.” The Dudley Perkins Company works closely with its HOG chapter and the Yerba Buena Chapter of the Antique Motorcycle Club of America, as well as supporting the events of many other clubs.

Harley-Davidson has put a lot of effort in outreach to women, and as a result, Dudley Perkins has more than the usual number of women customers. “Women customers are always a good thing,” says Tom. “The dealership has always had a handful of adventurous women, but the number of women riders has really taken off in the last 15 or 20 years.”

There are also a lot of people in the area who ride older motorcycles, and, unlike many dealerships, Dudley Perkins will work on many of them. “We get an occasional Panhead, Shovelhead or cast iron Sportster. If we know the bike, and it is close to stock, we will work on it.” For older bikes, a referral to the Yerba Buena Chapter will usually result in the customer finding help. “Thank God for the Yerba Buena Chapter. They have brought classic motorcycles to the forefront,” says Tom. “We are doing an antique-only show for our 100th Anniversary party, with the Yerba Buena Chapter running that part of the event. You can see new stuff every day.” The 2012 Cannonball coast-to-coast event for antique motorcycles ended at the Dudley Perkins dealership, providing a flood of excellent publicity. “It was really special to have the Cannonball end here,” Tom says.

Although Dudley Perkins is proud of its roots, the dealership has firmly embraced new technology. The Bay Area is notoriously tech-savvy, and the dealership takes full advantage of that. Customers frequent the Harley online store for parts and inspiration to customize their bikes. “One of the pleasures of working here is the ability to help someone to make their bike the way they want,” says Tom.

Dudley Perkins continues to be a family operation. Tom is CEO, wife Janet is the general manager and son Christopher is the dealership’s No. 1 salesman. Even grandson Wesley likes sitting on his dad’s motorcycle. “There may even be a fifth generation running Dudley Perkins,” beams proud grandpop Tom. “In the near future, I hope for a stable economy so more people can afford a Harley-Davidson.”