How has DFW become an L-5 Power House Honda dealer (one of 40 in the United States) while also earning an A+ rating from the Better Business Bureau? The owners credit maintaining a good relationship with their customers while keeping a firm eye on the bottom line. In fact, one of the first things they did after they bought the business was to find an operational accountant (not a CPA) and put him on the management team. 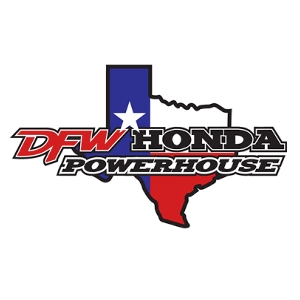 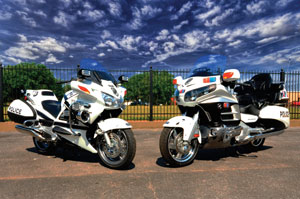 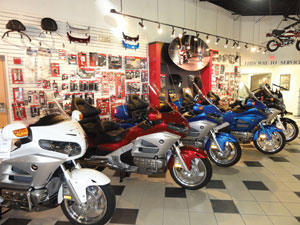 It’s early in the morning, and three Gold Wings are cruising down a highway, headed to a scenic destination — the long way around. But if the Wings are anywhere near the Dallas/Fort Worth area of Texas, they will probably be making a detour to DFW Honda to check a transmission, buy a tire or get an upgrade. DFW is well known in the Wing community as the go-to place for Wing TLC and enhancement. The support of Wing riders is a major reason Ride Texas magazine has recognized the dealership as one of the Top 10 in Texas for service, dealership and facility.

How has DFW become an L-5 Power House Honda dealer (one of 40 in the United States) while also earning an A+ rating from the Better Business Bureau? The owners credit maintaining a good relationship with their customers while keeping a firm eye on the bottom line. In fact, one of the first things they did after they bought the business was to find an operational accountant (not a CPA) and put him on the management team.

The DFW story started in 1976, with the opening of a Honda dealership in the Dallas/Fort Worth area. The present owners bought the dealership in 1994 from the second owner. At the same time they were finalizing the purchase, they started going to Gold Wing Road Riders of America meetings. “We went to GWRRA meetings for six months before we told the membership we owned a Honda shop,” says owner Mark Lamb. Their idea was to learn the concerns of Wing riders and also develop a one-on-one relationship with the 400 members of the local club.

This relationship has continued to flourish with the current team at DFW Honda. DFW features an easy-to-find link to the GWRRA on its website and sponsors Gold Wing Riders events. However, this social relationship is conducted with an eye to the business. For example, instead of door prizes, the dealership gives out gift cards. “That way, they have to go to the store to claim their prize,” says Lamb.

At DFW, each Gold Wing sale is overseen by the sales manager. DFW salespeople know that Gold Wing riders tend to buy a bike, dress it out and then leave it that way making no further alterations during the time they own the machine. As a result, the store has a one-time chance to sell accessories. DFW makes it as easy as possible for the new bike buyer to buy those accessories at the dealership, offering a large discount at the time of sale.

Wing riders put serious mileage on their bikes — 10,000 to 30,000 miles a year. They keep the service department busy maintaining the multiple systems on their state-of-the-art rides. They are also very picky about the mechanic who maintains the motorcycle and want everything perfect before they head off to Bozeman, Mont., or Lake George, N.Y. DFW Honda is lucky to have a well-known mechanic on staff for the last 10 years who knows each customer’s name and what they want. Wing riders know him by name and trust his work.

Another focus at DFW is the relationship with the passenger. Wings tend to be a couple project, and the wife is usually just as involved with the motorcycle as the husband. DFW impresses on all staff that a woman in the dealership is just as much of a customer as a man, and she needs to be treated seriously and with respect. The Wing passenger will often want the passenger seat customized for her comfort. She needs protective clothing, helmets, boots and gloves.

Increasing numbers of women who start out as passengers are learning to ride and buying cruisers. Their pre-existing good relationship with the shop assists with the decision to buy that cruiser from DFW. Quite a few then step up to a Gold Wing, and DFW is experienced in ways to cut down a Wing for a shorter rider. The dealership estimates that at this point, 11 percent of their customers are women.

Lastly, a woman will, not infrequently, sneak into DFW and conspire with the staff to surprise her husband with a new Wing for his birthday or Christmas. These women have no problem picking out a motorcycle without their husband’s input, since they trust the dealership and know it will set up the bike just as he likes it.

In addition to being the go-to place for Wing sales and service, DFW also rents Gold Wings and ST1300s. The idea of the rental business started with customers who asked the shop if they could borrow a Gold Wing for a full day or a weekend and try it out properly. Three years ago, after locating an insurance company that would cover the program at no liability to the dealership, DFW started advertising a “9 to 5 for $95” rental program. The rental bikes are fully loaded, and DFW offers to apply the cost of the rental to the purchase of a Gold Wing. Rental customers are usually people who want to try out a Wing before committing to a purchase, or cruiser or sportbike owners who want to go on an extended trip. DFW points out that the rental arm of the business is a customer service and a selling tool. There is no intent to go into competition with EagleRider.

In addition to supporting rider’s associations, DFW also sponsors racers. A long-time sponsor of multi-time Grand National winner Chris Carr, DFW is currently working with Shayna Texter, the first woman to win a National flat track event. Racer sponsorship is much appreciated by the riding community and ensures continued respect for the dealership. “People who work here race. Their wives, sons and daughters race. We have always been involved in motorcycle racing,” says Lamb.

Lamb credits their success to hard work, their great customers and guidance from Bill Shenk, Powerhouse Dealer Services. “Bill took us and showed us the way. We implemented best policies and procedures through 20-group training. For example, we have a production pay plan with most employees. That way, the dealership is able to keep most employees on board during slow times, and everybody benefits from the good times. We can float up or down: even owners’ compensation is pegged to production. We can be affected by economics or the weather, and still stay in business.