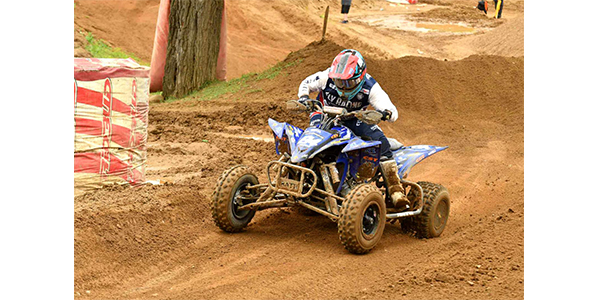 Riding CST tires, Thomas Brown is on a hot streak with his first ATVMX win of the year, shortly after news that he’ll ride for the U.S. in the 2018 Quadcross of European Nations.

Riding CST tires, Thomas Brown is on a hot streak with his first ATVMX win of the year, which came shortly after news that he’ll ride for the U.S. in the 2018 Quadcross of European Nations.

On July 21 and 22, at the RedBud race, Round 9 of the ATVMX National Championship presented by CST Tires, Brown took third place in the first moto. However, as the next moto would show, he was just warming up.

Despite a track made slick by heavy rain, Brown grabbed the lead in the moto’s first half and held it through the finish. The win gave the Tbrown84 Training/CST Tiresrider his fourth trip to the podium so far this season; he’s currently third in points for the series. 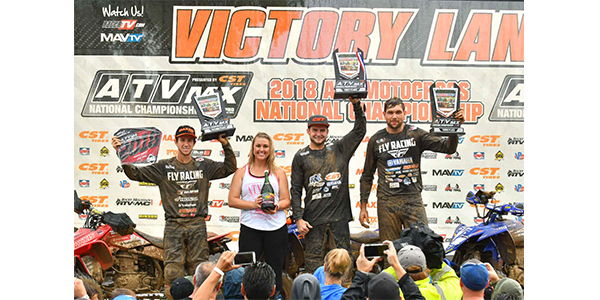 Brown is one of three U.S. riders who will defend Team USA’s QXON championship against world-class competition. QXON will feature a 25-minute moto during each day of the event.

“I am super honored to be selected as a part of Team USA again. I am looking forward to heading across the big pond to defend our title in Denmark. We have a great team with Jeffrey [Rastrelli], Chad [Wienen] and myself. This should be an awesome race,” Brown said.

The final round of the ATVMX season is scheduled for Aug. 11, at Loretta Lynn’s in Hurricane Mills, TN.