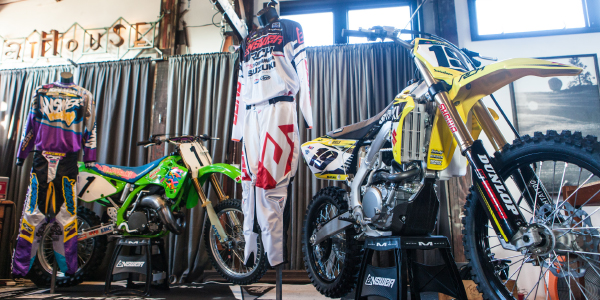 Answer Racing made moto headlines around the globe when they signed eight-time MXGP world champion Antonio Cairoli to wear the gear as he battled for the 2017 title… but that was just the beginning of things.

Answer Racing made moto headlines around the globe when they signed eight-time MXGP world champion Antonio Cairoli to wear the gear as he battled for the 2017 title… but that was just the beginning of things. A new HQ and a totally revised philosophy are coming for the venerated MX apparel line this year. MPN crashed the party by sneaking into the Boathouse Collective Museum in Costa Mesa, California, behind former champ Ryan Villopoto and off-road legend Ty Davis.

“It is definitely not business as usual for Answer Racing,” said Marketing Manager Randy Valade at the world premiere of the 2018 apparel collection. “The line has definitely seen some changes from years past, not only on the product side but we are also introducing an all-new icon and logo for the brand.” As an homage to its roots, the new icon utilizes triangle logo that Answer used in the ’80s and
early ’90s but now includes the updated “A.” 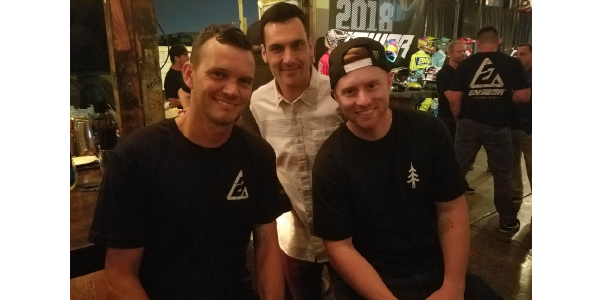 Another change is that the Alpha line, top dog in the Answer collection, has been replaced by the Trinity range. “Fit, weight and performance are the three most important features in any motocross gear, so the directive was to make the Trinity range tops in all three categories,” explained lead designer Steve Behrens. “Utilizing more than 40 years of experience in combination with extensive research, development and testing, Answer has truly met the initial directive to build the lightest, most comfortable and highest performance kit on the market.” 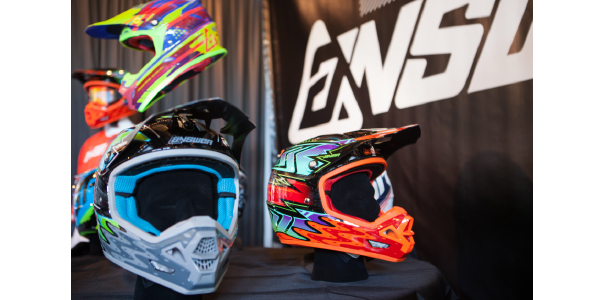 Also getting the nod for some major updating for 2018 is the AR-5 helmet. “This is the best combination of safety and value,” said Valade. “Never before has a fiberglass helmet been equipped with MIPS technology at such an affordable price.” 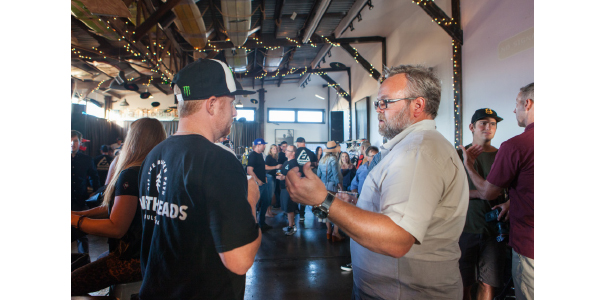 Developed by brain surgeons and scientists to reduce forces on the brain, MIPS have revolutionized the way we think about helmet safety, according to Valade. “By adding a low-friction layer between the helmet and head, MIPS helps to reduce rotational forces on the brain that can occur during angled impacts to the head.” Two shell sizes and four sizes of EPS liners offer a precise fit and new colorways help it stand out visually.

“Answer Racing has been producing the highest quality moto gear since 1976. We are pleased to keep that tradition, but upgrading it with the latest technology,” concluded Valade, before turning the stage over to some shenanigans that may or may not have included firing up some vintage 2-Strokes and other mischief that can’t be mentioned. 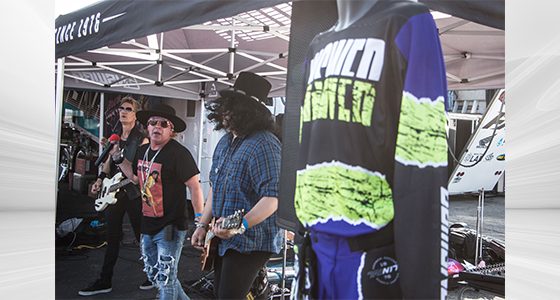