Robin reminds us that this business is supposed to be about having fun and doing irrational things like riding motorcycles.

Call me crazy, but one way or another, I have a feeling this issue is going to ruffle some feathers. Whether it is the usual array of protesters who crawl out of the woodwork every time we have the audacity to show a bare belly button, or the more inflammatory comments of MPN‘s Wisconsin neighbor Mr. Rodgers, this issue has something for everyone.

However, unlike the congenial character Fred Rogers portrayed on TV for so many years, my friend Mark is a bit more frank than Fred ever was, he wears a leather jacket instead of a comfy sweater, and he certainly doesn’t sing quite such a happy tune when it comes to bad habits coming into the motorcycle market from the automotive industry.

Mark expresses his ire with this infiltration much more eloquently than I could ever hope to. "The motorcycle can be an asylum (please read, ‘peaceful place to reside from the hectic maelstrom that is post-modern life’ — not a medical facility). Let’s keep it that way!"

Mark also knows as well as anyone that the motorcycle market can be a hard way to make an easy living at times. But that never seems to stop him from enjoying every single day he is privileged enough to be part of the powersports game.

Unfortunately, his conciliatory message still won’t stem the tide of folks who will try to read some sort of anti-auto industry message into Mark’s "Your Performance Matters" column any more than it will quell the people that hate our "obscene" and "sexist" portrayal of the moto-fashion industry. This business is still supposed to be about having fun and doing irrational things like riding motorcycles, isn’t it? It certainly beats something like, say, clubbing baby seals for a living!

In fact, I have a new vocabulary word for both the belly button police and the irate car guys who don’t see the joy of being in the best industry in the entire world: omphaloskepsis (om-fuh-lo-SKEP-sis) noun — contemplation of one’s navel. From Greek omphalos (navel) + skepsis (act of looking, examination). Ultimately from the Indo-European root spek– (to observe) which is also the ancestor of such intriguing words as: suspect, spectrum, bishop (literally, overseer), despise, espionage, telescope, spectator and spectacles.

"Are there good car dealers? Sure!" Mr. Rodgers readily admits in a right neighborly tone. Then he quickly drops the other riding boot: "Is the overall impression of car dealers still negative? You bet!"

For those of you car guys already composing your hate mail, I suggest holding off for another month, because in November Mark promises to touch upon some really nasty habits from the auto industry — including threats, hidden charges, falsifying documentation and more.

"In speaking with an ex-car person who’d recently come into the motorcycle business, I heard a comment that really concerned me and was the real impetus for this month’s rant," relates Rodgers. To quote this so-called superior salesman from the automotive industry:

"I couldn’t care less about putting ‘my bothers in the wind,’ he sneered. I just want to make money. And this business is like clubbing baby seals." Wow! Sort of makes our exposed navels seem a bit tame when it comes down to brass tacks, doesn’t it?

"This is a person and a mindset that we in the motorcycle business can live without," concludes our moto-version of Mr. Rodgers.

If you are still focused on fleecing gullible motorcycle enthusiasts for every extra penny, or get your panties in such a twist every time MPN has a little good-natured fun with a photo shoot, maybe you should consider pulling out of this industry? Consider applying your considerable talents for bile and vinegar to an industry where they will be appreciated. 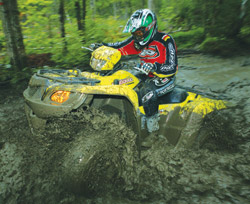 For those of you suffering "rectal myopia" as the late, great John Wyckoff so aptly described it, or just indulging in a little omphaloskepsis — pull your heads out and enjoy this little asylum for all it’s worth — you would be crazy not to!

Playing with the new toys and working in the best industry in the world really does beat having a "real job" doesn’t it? Or have you gotten so tied up in the quest for the almighty dollar that you have forgotten why you got into this business? 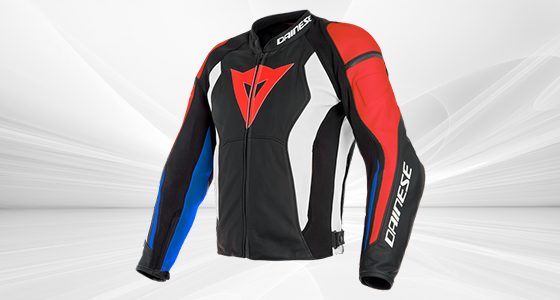