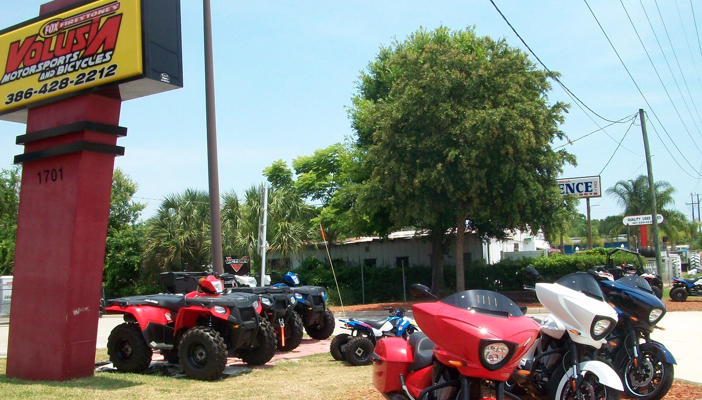 Thoughts Of A Serial Entrepreneur 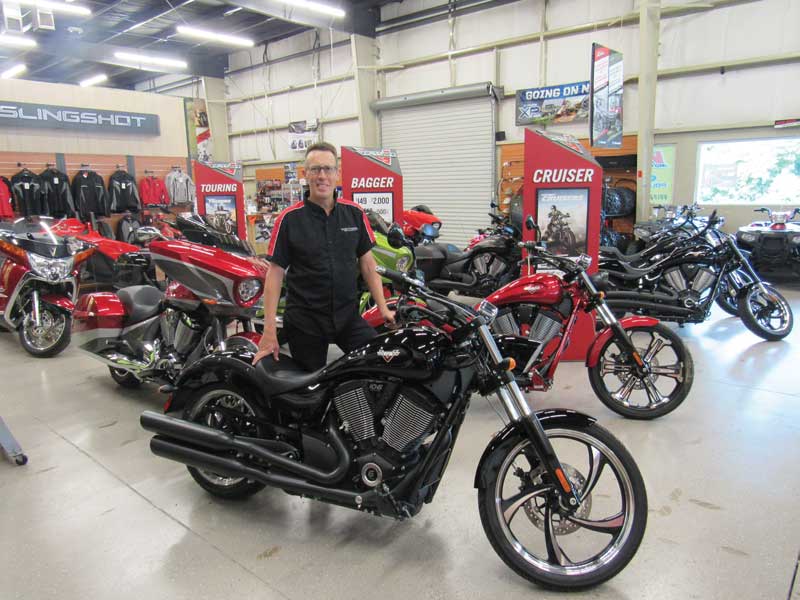 [dropcap]T[/dropcap]he exciting part of a dealership “is buying the land and envisioning that dealership doing business there,” according to Eric Peronnard, off-road promoter extraordinaire and long-term motorcycle dealership owner. “It’s the vision of building a business starting from raw land. I started all my dealerships from the ground up.”

Well known for his racing promotions, Peronnard is not so well known for his role in starting three different dealerships — one in Grenoble, France, one in Las Vegas, and most recently, Volusia Motorsports. Located a few miles from Daytona, Eric was transitioning out of the dealership as the powersports world was converging on Florida for AIMExpo and Biketoberfest. The serial entrepreneur was ready to announce his next big deal. He had sold the dealership to his business partner, Andy Pallemaerts (in photo above).

Pallemaerts has been handling day-to-day management of the dealership for some time, so the changing of the guard was fairly seamless. Something that hasn’t changed in the transition is Volusia Motorsports’ reputation for stellar customer service… due in large extent to Andy’s attitude and example as much as Eric’s original vision.

Some people travel more than a hundred miles to purchase vehicles or get service at this shop. “Volusia Motorsports is in a warm, friendly beach town,” says Andy. “So we provide warm, friendly service. There are a lot of people who are not comfortable going to the city. We provide a small town type of dealership with a ‘big city’ level of service.” 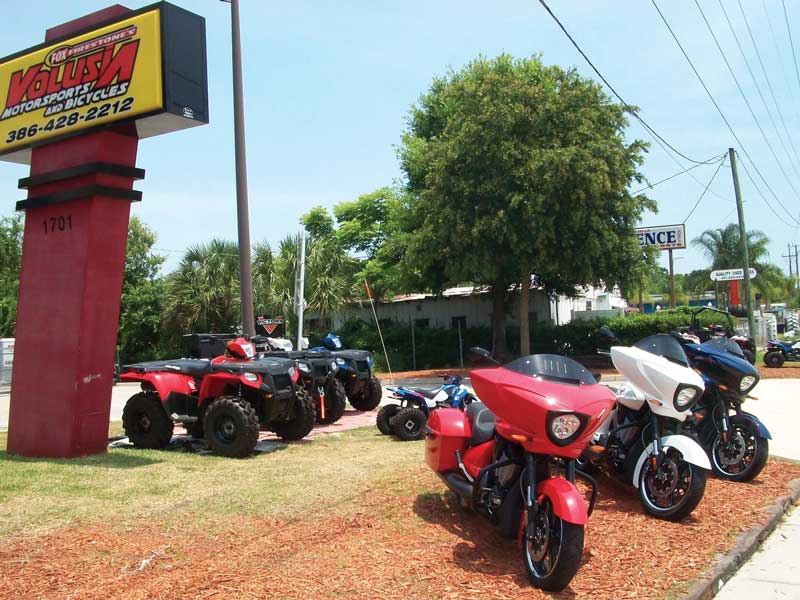 A “Customer Satisfaction Survey” is prominently featured on the Volusia Motorsports website, and there is a long list of positive testimonials.
Driven by Andy’s commitment to the customer and Eric’s promotional expertise, Volusia has developed some innovative ways to connect with customers. Every Tuesday is Bike Night at the world famous Club 44, an event sponsored and promoted by the dealership. The rest of the calendar is pretty crowded as well. Volusia is just 15 miles south of Daytona Beach, and the shop supports many of Daytona’s long list of events year-round… all part of Peronnard’s original plan.

Born in the French Alps, Eric grew up with a love of two wheels combined with an intense desire to make it in the United States. After starting a Suzuki dealership in Grenoble, France, and building it into the third largest Suzuki franchise in the country, Peronnard accepted a job offer in the U.S. with Jim O’Neal Distributing in 1985. After a tour with O’Neal and then THOR Enterprises, he was ready to start his own U.S. based enterprise.

His first two ventures were organizing motorcycle tours for European riders and promoting racing events. In fact, Peronnard still works with the Paris and Geneva Supercross events. His next endeavor was Desert Only Yamaha, a successful motorcycle dealership in Henderson, Nevada.
Not content with these accomplishments, Peronnard conceived, organized and promoted the U.S. Open of Supercross in Las Vegas, with the first event taking place in 1998. Deciding he had too much on his plate, he sold the dealership, and then sold the U.S. Open to Clear Channel (now Feld), becoming a Clear Channel vice president.

However, Peronnard never stays in the same place very long, and in 2003 he left Clear Channel to invent and promote MiniMoto SX and EnduroCross series of indoor enduro racing events. His next move was consulting with ESPN on the X Games. He also began planning his third dealership in Volusia, Florida, where still lives. This third dealership, with Andy Pallemaerts as managing partner, is a multiline operation, featuring Polaris products, including Victory, Genuine scooters and KTM. Somehow, he also found time to be the architect behind the Motocross of Nations in Lakewood, Colorado in 2012. This year, Peronnard was involved in bringing flat track racing to the X Games, introducing a new generation of fans to a uniquely American race tradition.

Peronnard has started, built and sold more successful businesses and business concepts than 10 Harvard MBAs, and is widely acknowledged as an expert on what it takes to put on a successful event or race series and how to run a successful powersports-oriented business. Capitalizing on his successes, one of his current endeavors is EPCN, a motorsports consulting company. With his consulting hat on, Peronnard provides these insights into starting, growing and selling a business:
Starting a Business: “The essence of a business is passion and cash.” Peronnard points out that, while you have to believe strongly in what you are doing, you also have to have enough capital to get the business over the rough spots. He explains that when he and Andy started Volusia Motorsports, “we had a little ray of sunshine,” and then plunged into the recession of 2009- 2010. Peronnard had to infuse cash into the dealership to keep it going. It was not until 2011 that he and his partner started to see a major increase in sales. One motorcycle dealer specific problem is the cost of flooring. “Flooring is enormous.”

Adequate capitalization to carry the dealership over the rough times is essential.
Growing a Business: Peronnard starts with the Four Rights: “You need to be in the RIGHT PLACE at the RIGHT TIME with the RIGHT PEOPLE and featuring the RIGHT BRAND. I started the dealership after discussions with Victory. We could not have been luckier with the brands we have in the store.” 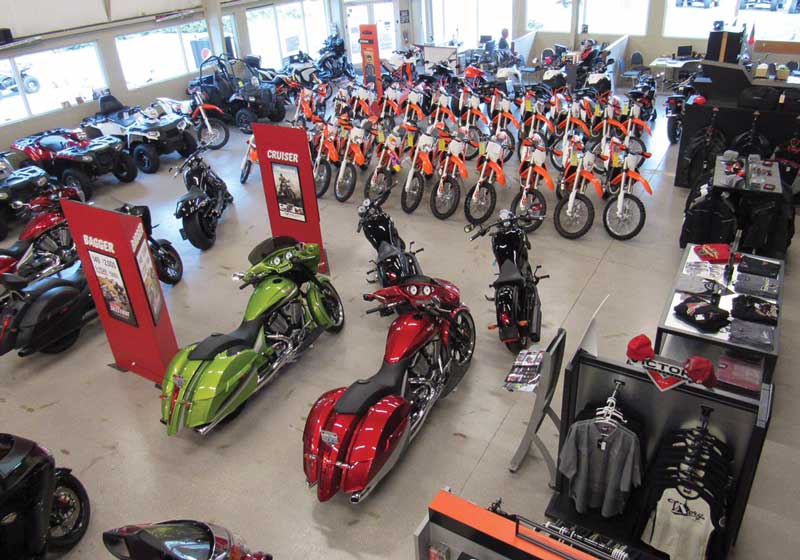 After finding the right brand, Eric needed the right people. He met Andy Pallemaerts when he took up mountain biking. Andy was running a bicycle shop at the time. Eric was impressed by his attitude towards customer service. He convinced Andy to become the managing partner of the Volusia dealership.
Once you have achieved the Four Rights, your success is guaranteed – if, at the same time, you do not underprice yourself. “Many dealers sell much lower than they should, so underpricing is a major problem,” says Eric. “Profit is necessary. You need to be profitable
to succeed.”

He also points out that after you get the business to a certain level, you need to have an accountant and a corporate structure. “Anything over 50 employees is a big stepping stone.”

A limitation to the success of many dealerships is available floor space. This is not a problem in areas where sales of motorcycles and scooters are paramount, but in the Volusia area, as in many suburban and rural areas, 4x4s, trikes and Slingshots are major profit centers – and these larger vehicles need more display room. “The tragedy we have today is that passionate motorcycle people are no longer in the motorcycle world. They are in the world of 4x4s. It’s just not the same business, and passionate people understand that the next step is bigger dealerships with more floor space. Unfortunately, the market is not preparing dealers to take 4x4s and Side-by-Sides.”
Selling a Business: “I created the concept of the Volusia dealership after I had cleaned up my plate,” says Peronnard. “Then my plate got fuller.”

Peronnard has gone through a repeating cycle where he divests himself of his business operations, then starts new ones. Eventually, he finds himself with much too much to do every day. At that point, “I clean off my plate.” He is emphatic that his family comes first, and that his family should not suffer due to him having too many things to attend to. In fact, in 2009, Peronnard ceased active management of his businesses, and took his wife and two young sons traveling around the world for a full year.

This year, the plate had once again gotten too full. “You should unload before you break.” Peronnard is now managing the motorcycle portion of a X Games, still involved with EnduroCross, running his consulting business, and to top it all off, he is putting together a new venture that was announced at AIMExpo. He will be promoting the first ever AMA JuniorMotoX, an amateur motocross event to be held near Oklahoma City inside the Lazy E Arena in May, featuring 22 classes for kids 18 years old and under.

Peronnard promised his partner Andy that if the opportunity arose, he would get the first shot at buying Volusia. They both worked together to make it happen, and now Andy is the full owner of Volusia Motorsports, Inc. while Eric is focused on the other items filling his plate.
“My motto at EPCN, my consulting business, is simple: You are only as good as who you work with or for!” says Peronnard. “I have been very lucky in the people I have been able to work with… and Andy is one of the best.” This bodes well for Volusia Motorsports moving forward! 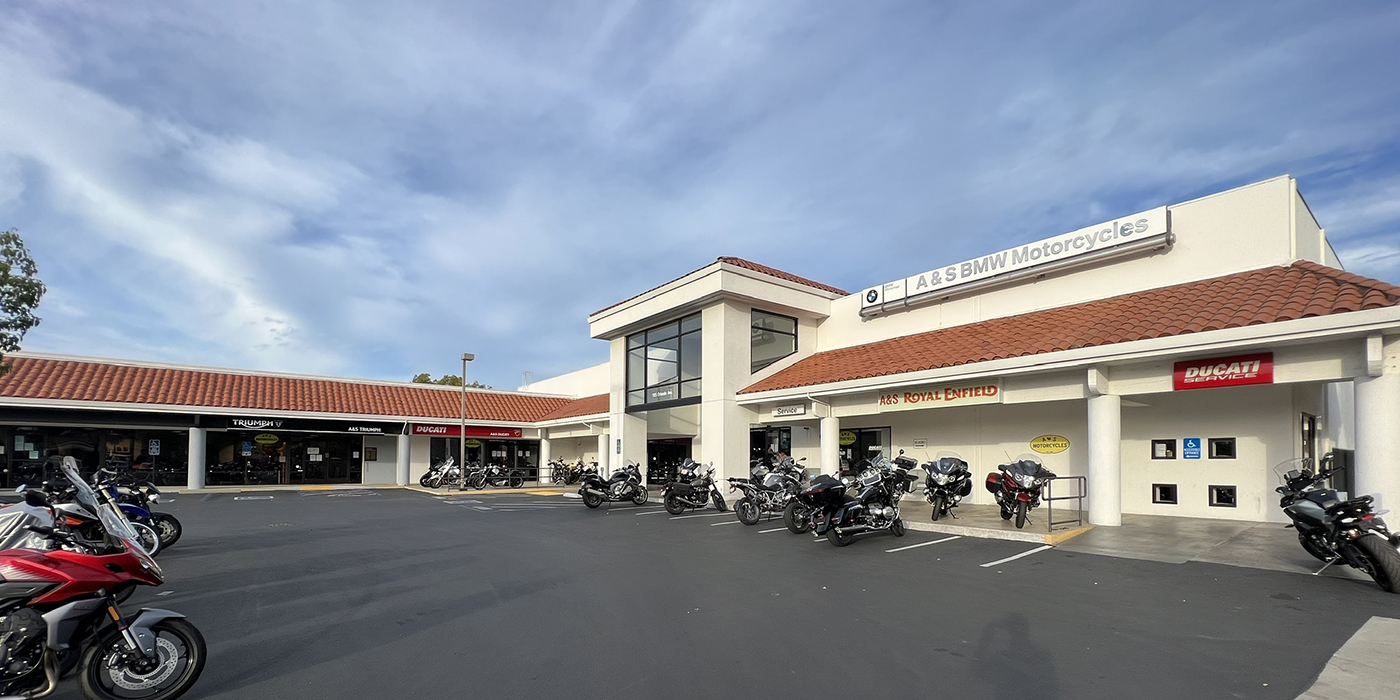 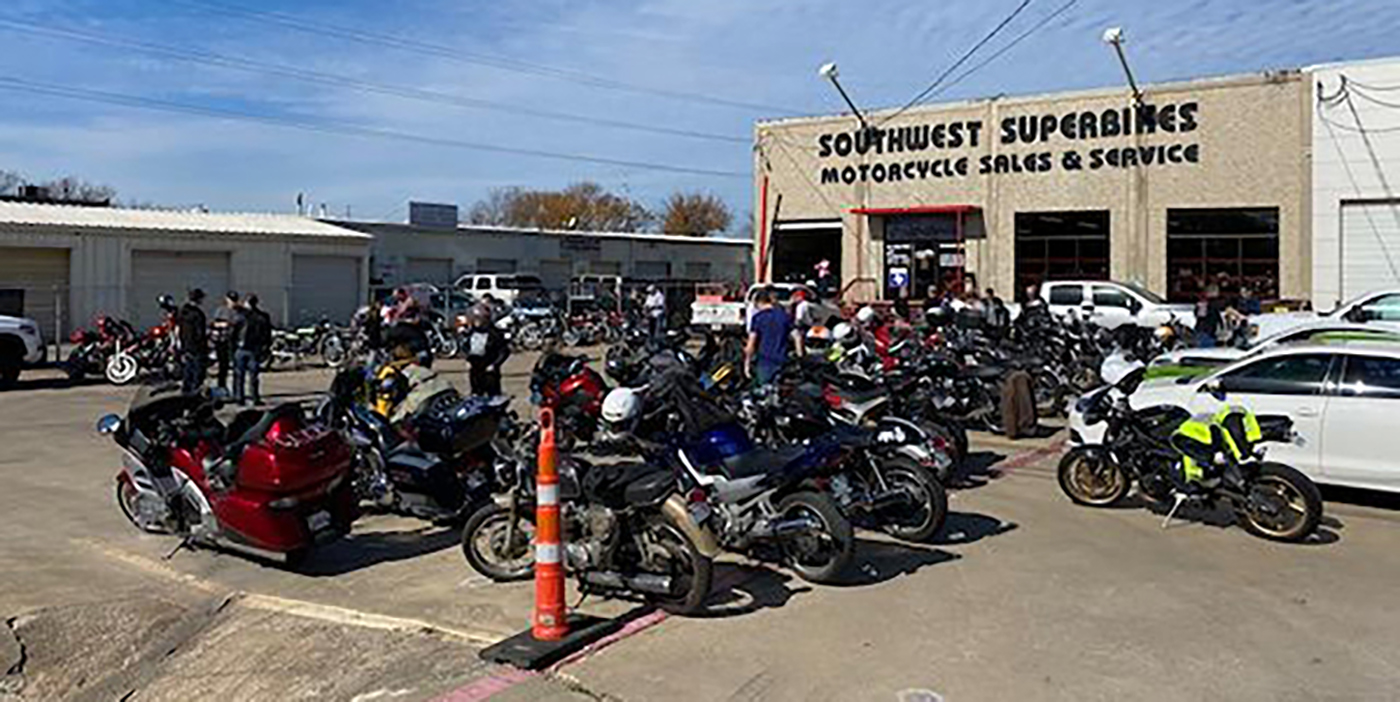 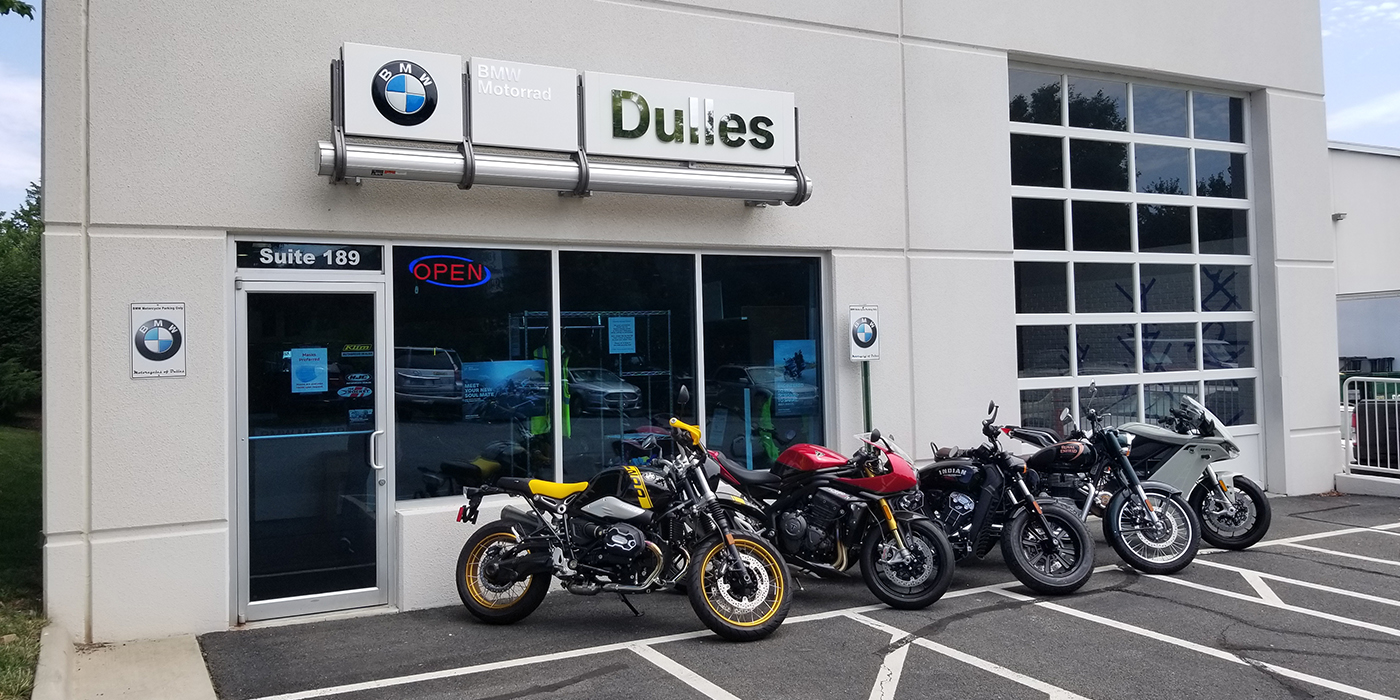 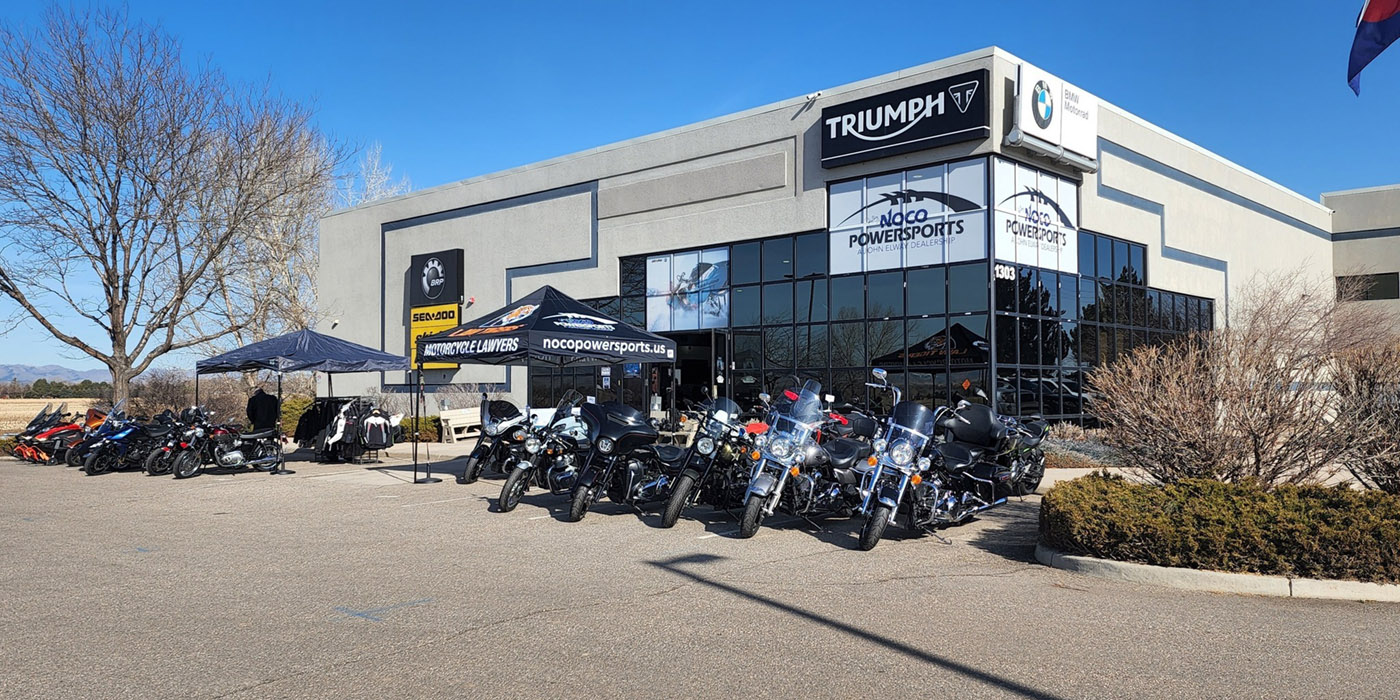 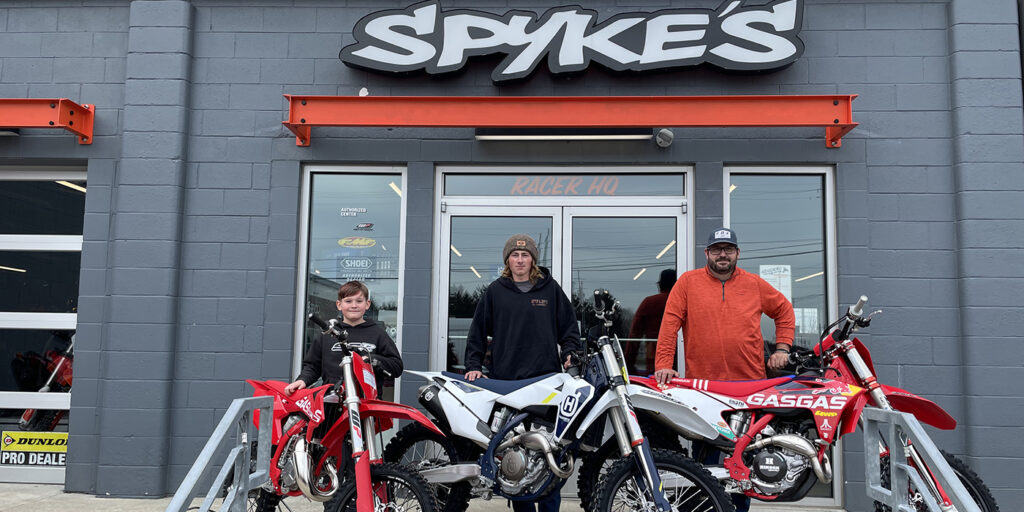 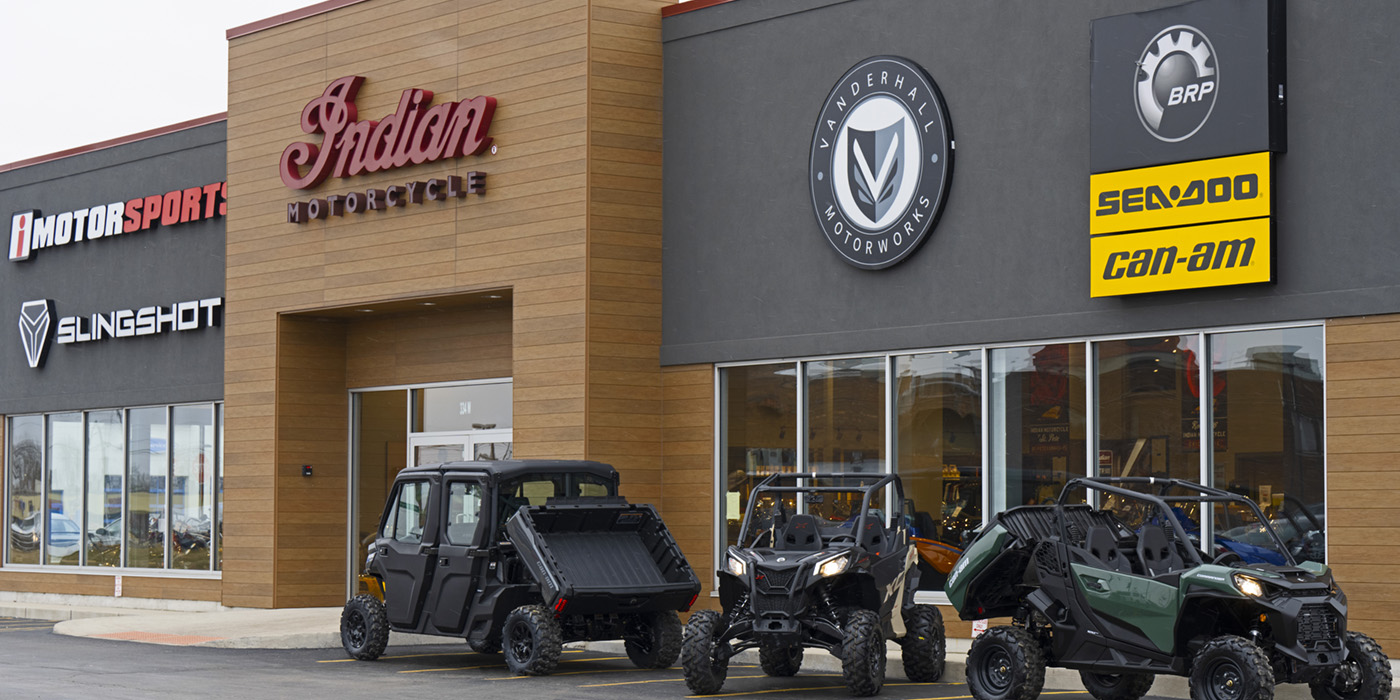 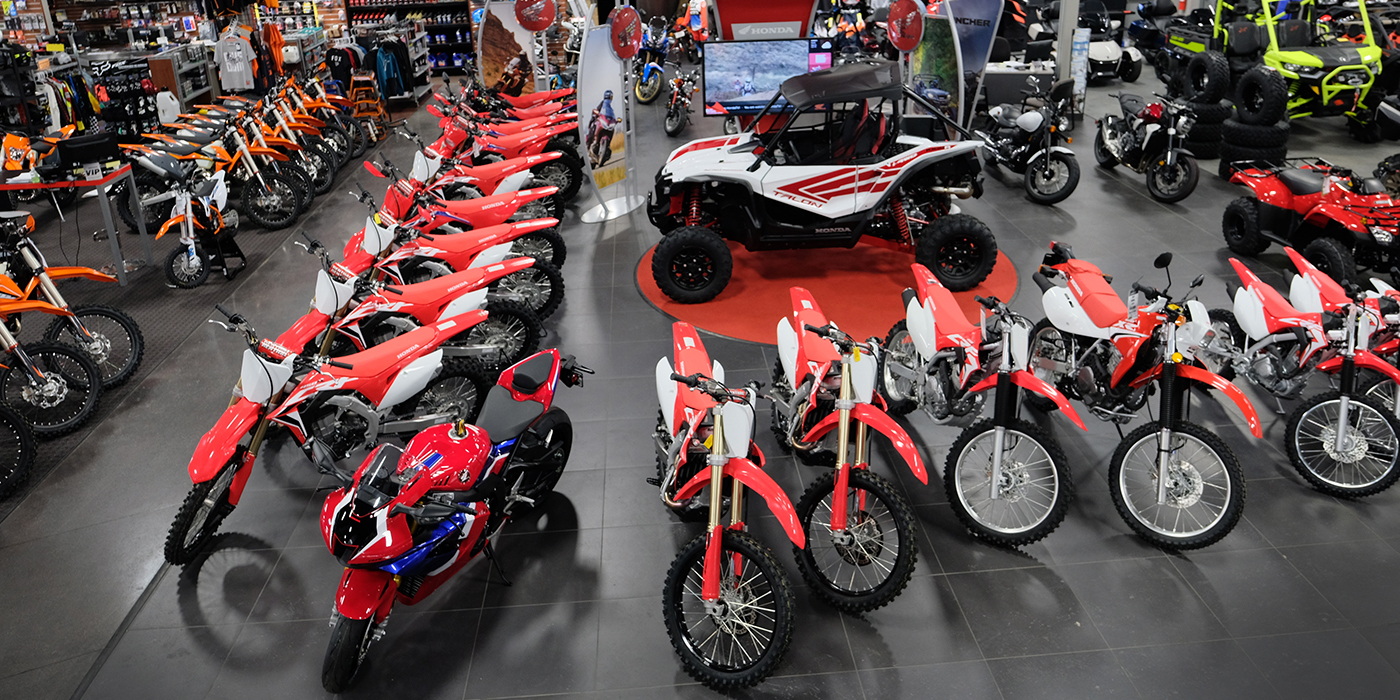 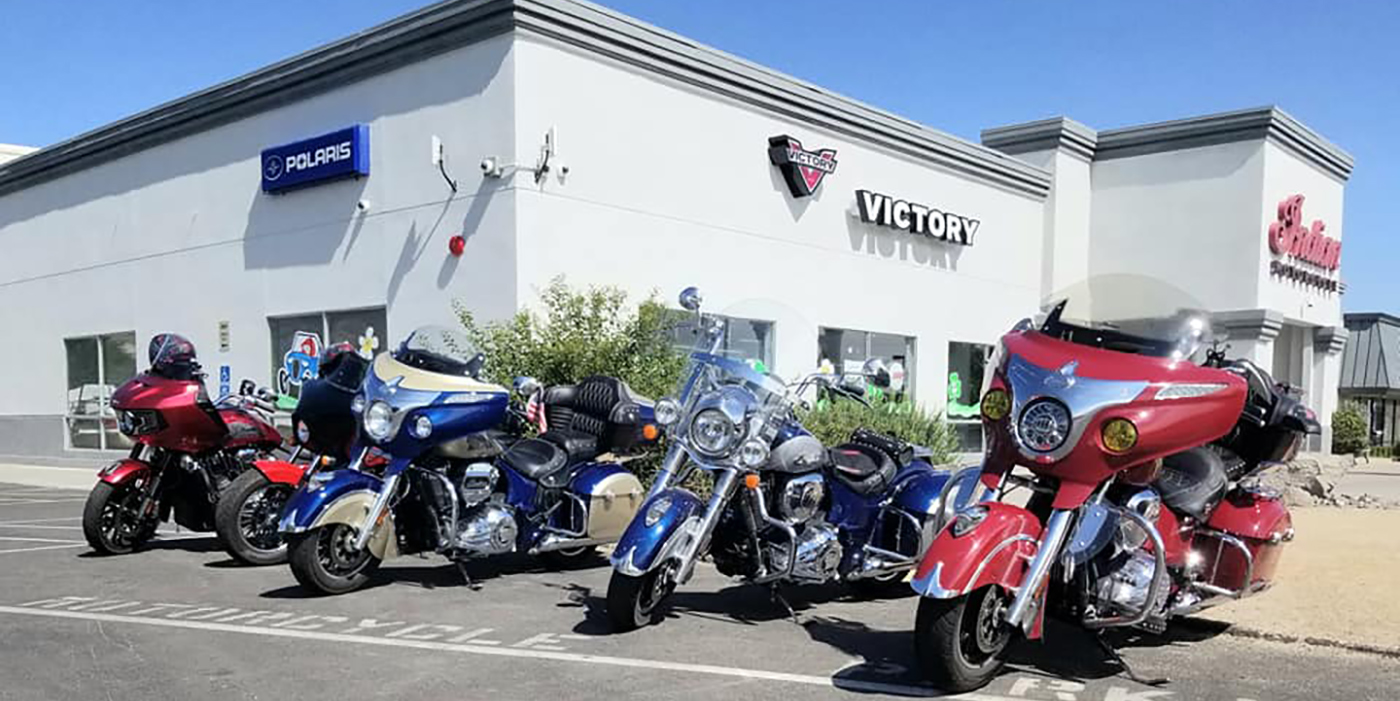 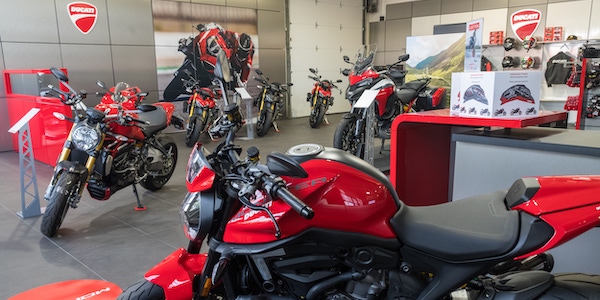 Tell Us Your Dealership’s Story! 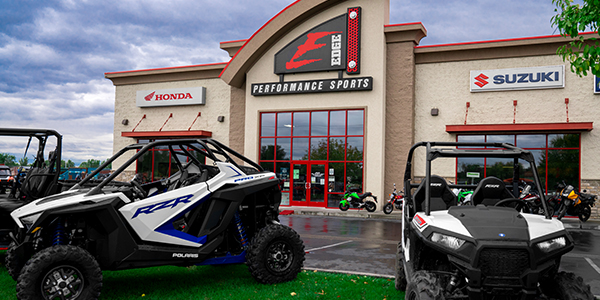 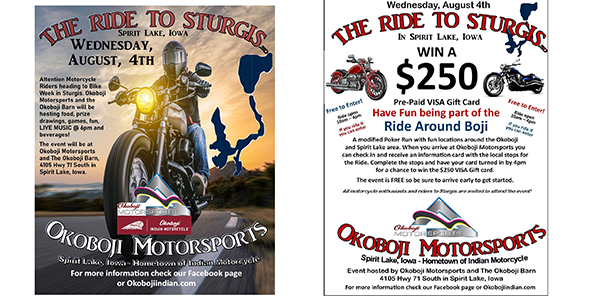 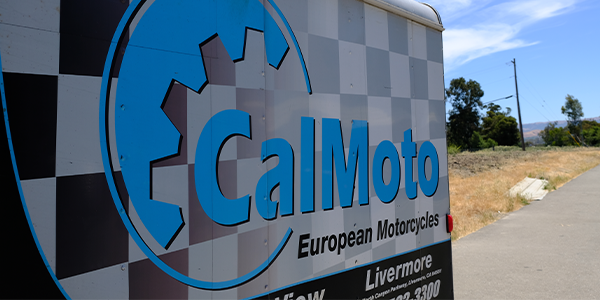 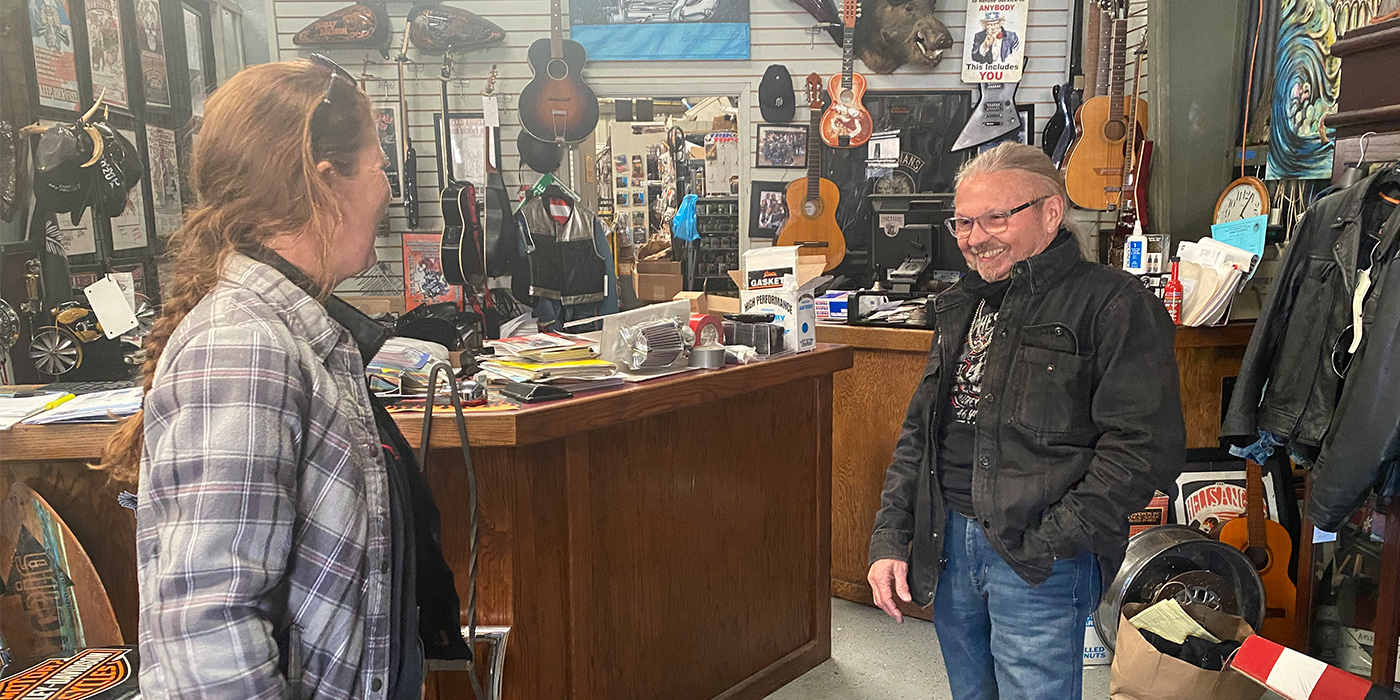