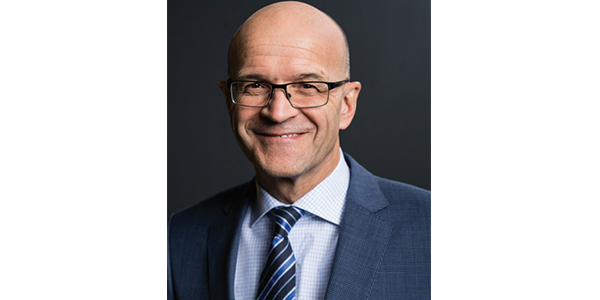 To mark the event, the company is also celebrating the success of its CEO José Boisjoli.

BRP will celebrate its 15th anniversary on Dec. 18, and highlighted the past 15 years in an infographic. 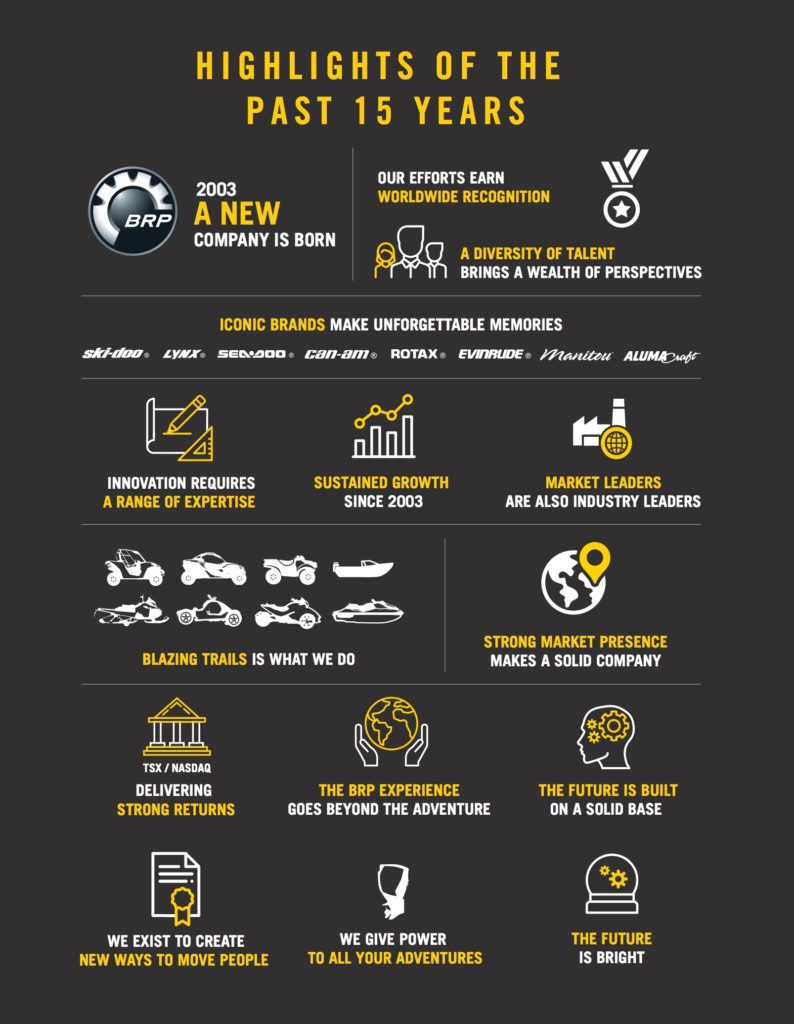 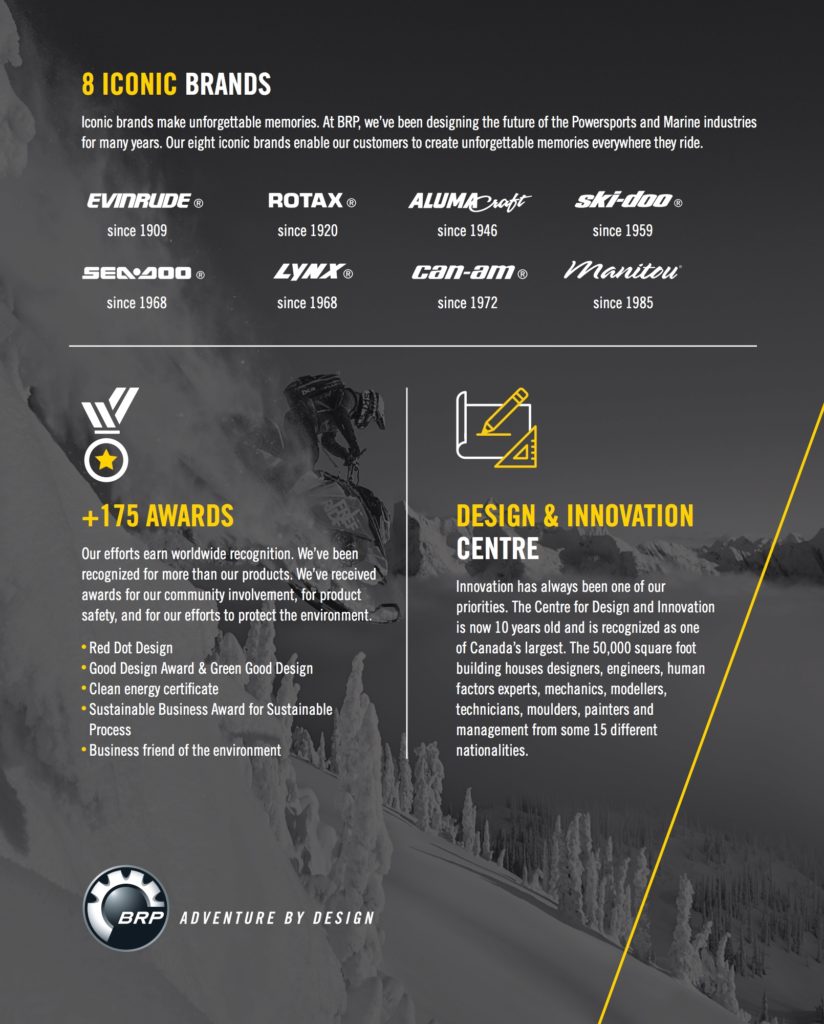 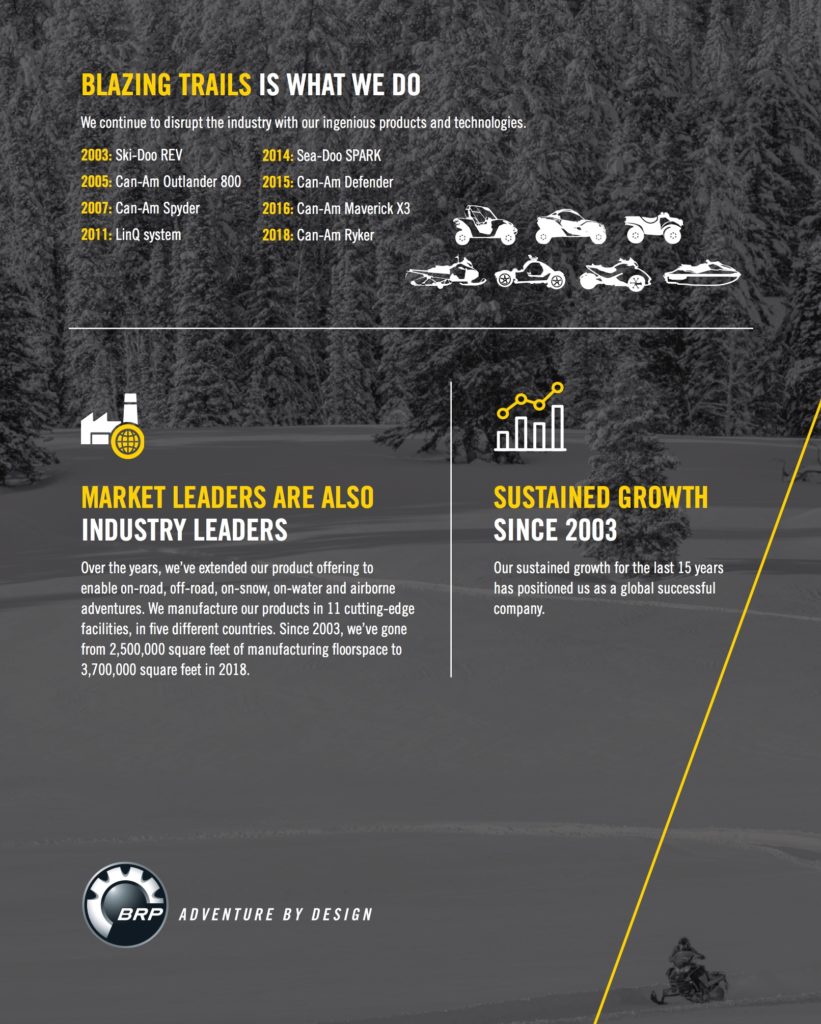 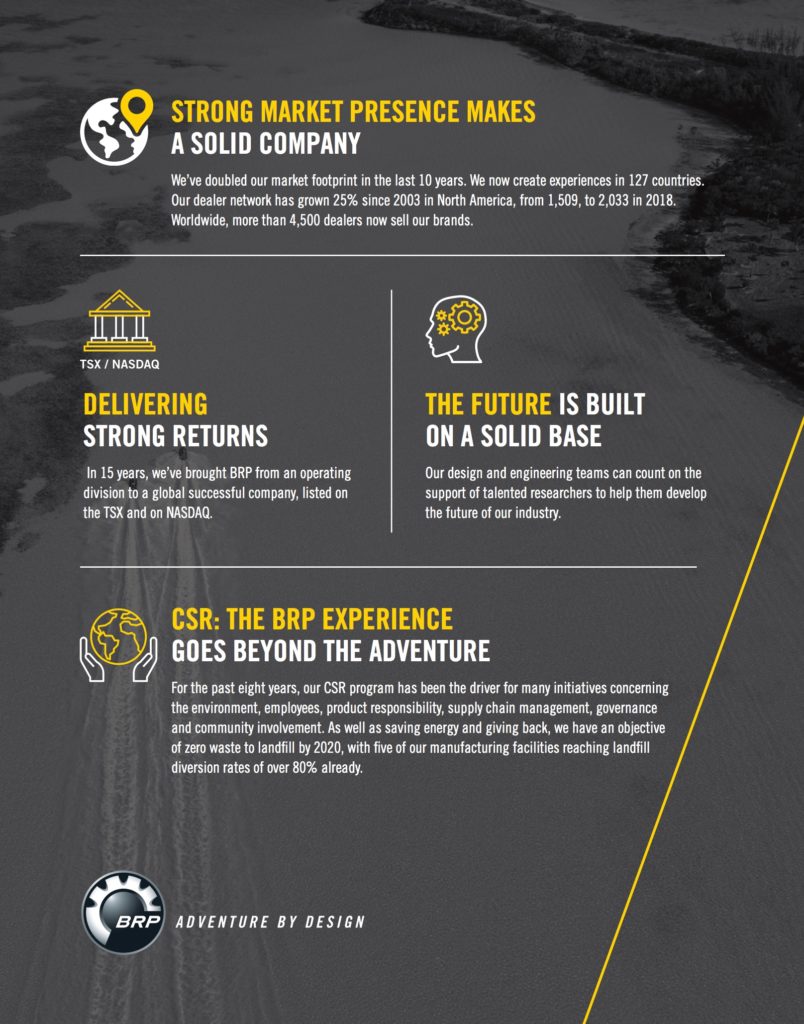 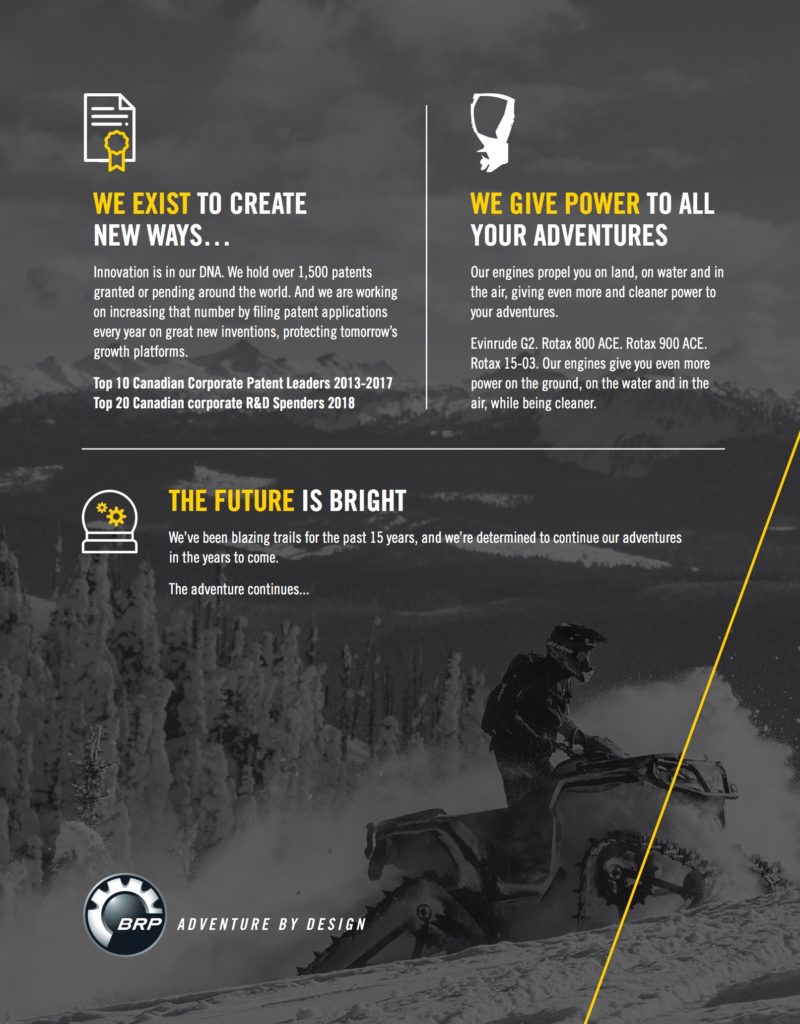 To mark the event, the company is also celebrating the success of its CEO José Boisjoli.

A passionate rider, Boisjoli has been with BRP for almost 30 years. The powersports company has grown remarkably since he became President and CEO in 2003. Today, its portfolio includes iconic brands such as Ski-Doo, Sea-Doo, Can-Am, Lynx, Evinrude and Rotax.

Born in 1957 in Wickham, Quebec, 30 minutes from BRP’s hometown of Valcourt, he was just 10 when he got his first snowmobile, and 12 for his first Can-Am motocross.

His commitment to BRP and its products is personal and, like for our customers, riding is a way of life. Not only has he met some of his best friends this way, it’s inspired key business ideas, such as adjustable skis for the Ski-Doo. His name’s on the patent.

Boisjoli joined BRP as director of procurement for the Marine Products Division in 1989, after eight years in the pharmaceutical and road safety industries and a Bachelor of Engineering at Université de Sherbrooke. Named vice-president of the division in 1992, he became executive VP of the company’s manufacturing operations in 1995, and president for Ski-Doo and Sea-Doo in 1998.

As CEO, he has made his mark internationally. He was instrumental in the repatriation of BRP’s HQ to Valcourt in 2003, the launch of the Can-Am Spyder in 2007, the construction of the Centre Design and Innovation Laurent Beaudoin in 2008, and BRP’s entry into the side-by-side vehicles market in 2010.

He was recognized as Executive of the Year by Powersports Business, a leading U.S. trade magazine, in 2005; as Entrepreneur of the Year, Québec, by EY in 2014; and as CEO of the Year by Les Affaires, a Canadian business newspaper, in 2017.

Under his leadership, BRP has reached many milestones, successfully transitioning from privately-owned to publicly-traded in 2013; doubling its revenues to $4.5B in 2017; redening the way snowmobiles are ridden today with the Ski-Doo REV platform in 2003; and creating a new market with Can-Am three-wheel vehicles in 2007.

Boisjoli is also a member of the Board of Directors of Canada’s McCain Foods.

Advertisement
In this article:Anniversary, BRP, CEO