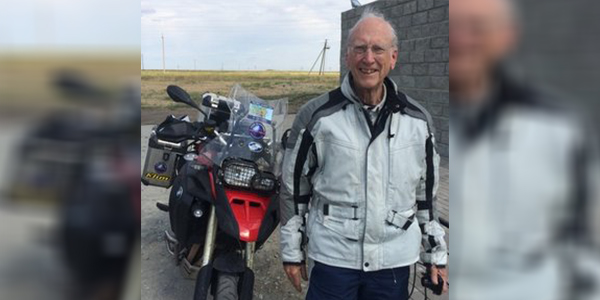 Andre B. Lacy, chairman of the board of Lacy Diversified Industries (LDI), which owns Motorsport Aftermarket Group and Tucker Rocky, was killed November 30 in a single-rider accident while on a private motorcycle tour in southern Africa, the company announced. Lacy was 78.

“We are saddened to share the news that Andre B. Lacy passed away this morning,” said J.A. Lacy, chief executive officer and president of LDI. “Andre was known for his entrepreneurial fire and sense of adventure in business and life. We take comfort knowing that he passed away while pursuing one of his passions in life, and are inspired by the legacy of leadership that he leaves.”

Andre Lacy’s wife Julia passed away less than a year ago. The couple was married for 53 years and had three sons.

Upon news of Lacy’s death, Vice President Mike Pence and other business and government leaders commented:

“Karen and I were deeply saddened to learn of the passing of a truly great Hoosier, our friend Andre Lacy. We offer our deepest condolences and prayers to his family and friends during this difficult time. Andre Lacy dedicated his life to service, and his contributions to the life of this state and nation will benefit Hoosiers for generations to come. Like so many others, I was always inspired by his example of integrity and generosity. Andre Lacy will be greatly missed, but his memory and legacy will never be forgotten.”

Indiana’s Governor Eric Holcomb said Lacy was a “business and philanthropic heavyweight with a giant heart for public service.”

Hulman & Company President and CEO Mark Miles told the Indianapolis Star that it’s “difficult to exaggerate Lacy’s transformative impact on the city and state.” Lacy had served on Hulman’s board of directors since 2011.

Lacy wrote about his 2015 trip from the Baltics to Hong Kong on the Motorcycle Superstore website:

Like many my age, my parents would not tolerate my interest in motorcycles even a Cushman scooter at age 13. When I was 50, we bought Tucker Rocky from Bob Nickell, one of the best entrepreneurial business leaders I’ve known, and I was liberated to immediately buy by my first motorcycle. Rick Dorfmeyer helped buy my first bike as well as telling me about the training classes to take to become good – always a life goal. I took a number of A.B.A.T.E safe rider courses. The rest is history with my becoming an avid motorcyclists with a group of close friends that took rides every year east of the Mississippi. There is not an iconic destination east of the Mississippi that I have not experienced. I learned to off road and always wished I were better at doing that, most specifically when on a Malcolm Smith ride in Vancouver. I own two BMWs (a 650 GS that I took round-trip to north of the Alaskan Arctic Circle and a R 1200 GS Adventurer that I’m riding on the Epic Journey) and soon an R nine T that Roland Sands is customizing. I also own a 1980 Harley Softail and a 1946 Indian Chief. Julia, my bride of 52 years, “bought on to biking” also taking the A.B.A.T.E. course riding her own bike for years and ultimately on the back of my bike. We enjoyed many trips with the good friends we’ve made in motorcycle. I have ridden in Morocco, the Pyrenees Mountains, South America, Scandinavia and Eastern Europe, New Zealand, and now the Moscow to Hong Kong Epic Journey. I enjoy high adventure and thus have been a long standing pilot, a snowmobiler, mountain climber (Mt. Kilimanjaro), scuba diver, bareboat charter sailor to list a few. My fellow business associates in Indianapolis and throughout the nation are not intimately aware of my exploits.

We are deeply saddened by the news of Andre B. Lacy’s passing. He was an incredible partner and adviser to the Lacy School of Business and will be remembered as someone who cared deeply for the success of our students. Our school could not carry the name of a better individual. pic.twitter.com/NpHkv7YMp1

Advertisement
In this article:MAG, Tucker Rocky