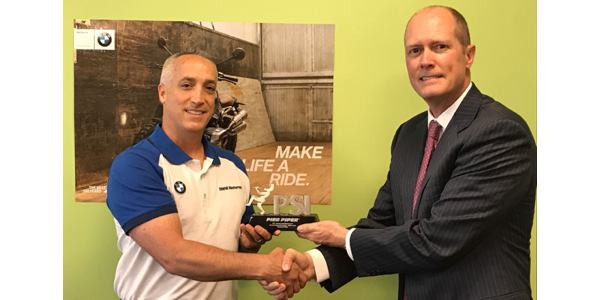 Brands showing the greatest overall improvement over the past year were Husqvarna, BMW, Triumph and Yamaha. Brands with declines from 2016 to 2017 were Ducati, Aprilia, Zero and dealerships selling the Polaris Slingshot. Eleven of 16 brands improved, which generated an industry average PSI score of 110, a one-point increase from 2016, and the highest score Pied Piper has measured for an annual motorcycle industry study.

Sales process steps with the greatest improvement over the past year included involving the shopper with visual aids; attempting to forward the sale, giving compelling reasons to buy from the dealership and going through the numbers or writing up a deal. Aspects of selling that decreased from 2016 to 2017 included asking why the shopper considered the brand, encouraging the shopper to sit on a motorcycle and offering a test ride.

“Motorcycle shoppers today visit dealerships half as many times before buying,” said Fran O’Hagan, president & CEO of Pied Piper. Motorcycle shoppers today gather much of their information on-line before ever visiting a dealership, and the result has been a drop from an average of four or more shopper visits before buying, to an average of two visits today. “Successful motorcycle dealerships today not only respond quickly to customer web inquiries, but they also understand the increased importance of every customer visit,” said O’Hagan.