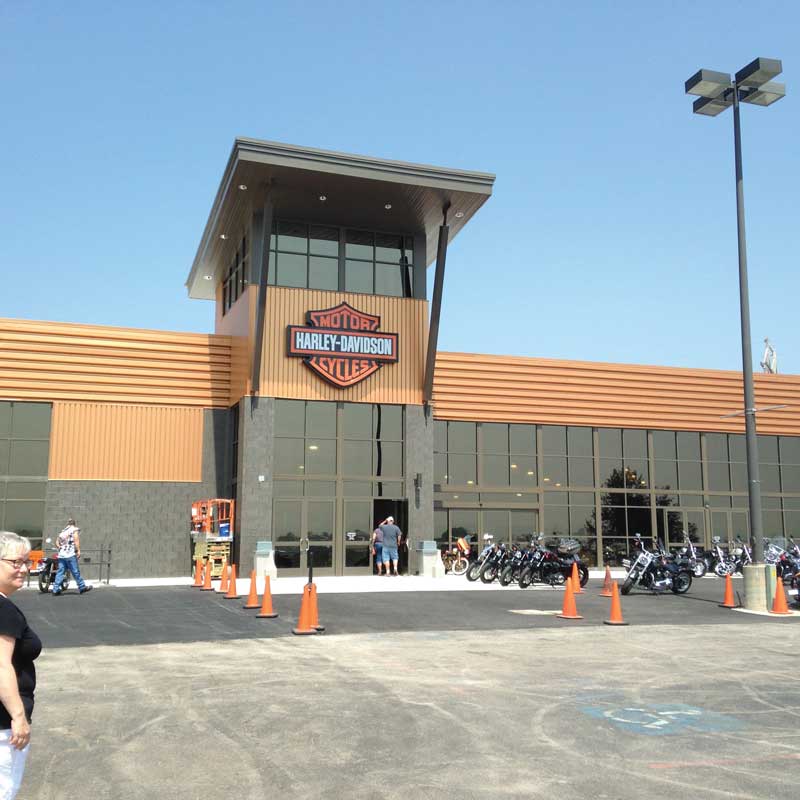 The Black Hills of South Dakota are known to riders of every stripe and style, no matter what brand of bike they ride.

[dropcap]T[/dropcap]he Black Hills of South Dakota are known to riders of every stripe and style, no matter what brand of bike they ride. As the home of the Sturgis Rally, the Hills are a Motorcycle Mecca, a destination for bikers and a location with international reach and resonance. No coincidence, this region is also the home of Black Hills Harley-Davidson located in Rapid City, a long time dealership riding on a growth wave that shows no signs
of slowing. 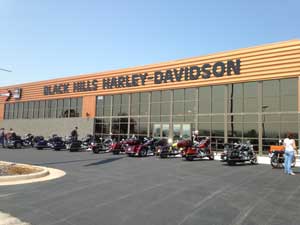 Every motorcycle dealership should be so perfectly located, right? That fact isn’t lost on Black Hills H-D General Manager Terry Rymer, not at all. Rymer is well aware and fully appreciates his dealership’s place in the catbird seat. “We’re fortunate,” he said. “Because of the Sturgis Rally everyone in our trade area has grown up around motorcycles. So many people ride here. It’s a built-in market and it’s self-perpetuating.

“We have great riding here and people that love to ride and have grown up in motorcycle culture. If you live in this area, you’ve been exposed to motorcycling quite a bit over your lifetime. That helps us gain acceptance in the market.”
Cities that have big sports franchises or other compelling distractions simply don’t have the same institutional base of motorcycle awareness as in this part of South Dakota. In the Black Hills, there’s far less need to educate customers because riding is the sport of choice. “You couldn’t take our population base and transplant it somewhere else and have this kind of a facility and this kind of business,” he added. 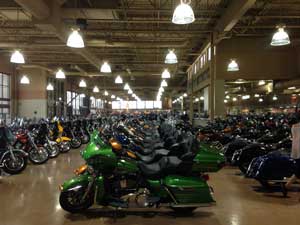 Rymer says the dealership is also fortunate because Harley-Davidson makes a great product, meaning it’s in demand in the marketplace. And it’s true, Harley-Davidson has brand recognition that is unequaled for longevity and heritage among American motorcycle manufacturers.

So Black Hills H-D certainly has huge advantages that almost seem to guarantee success, but it’s important to note that this isn’t a new business. The original owner, Bill Gikling, established the dealership in 1977 selling Yamaha and Harley-Davidson. He eventually split the brands into separate dealerships and in 2000 sold both Black Hills H-D in Rapid City and Sturgis H-D to a group of four investors: Jim Burgess, Al Rieman, Clay Trulson, and Jim Doyle. The group owns H-D dealerships in Deadwood, Hill City and Wall, SD, too. 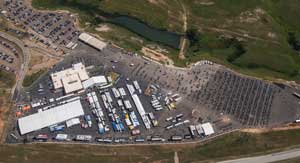 Rymer originally worked for Gikling and he continued as GM when the new owners took over. In fact, Rymer has been with Black Hills for 31 years, becoming a partner in 2011. And it was about then that Rymer hit on a marketing plan that has reaped benefits for the dealership, not only during rally season, but all year long.

Rymer explains that, like many shops in colder climates, Black Hills used to slow down and wait for spring once winter set in. But that all changed about five years ago when he developed a marketing formula that has had
proven results.

Winter or summer, Black Hills creates a culture of constant activity. They give people a reason to come in by offering lunch, running promotions and holding happy hour at the shop. (They have a liquor license for Rally that allows them to offer beer to customers for special events on other times, too.) 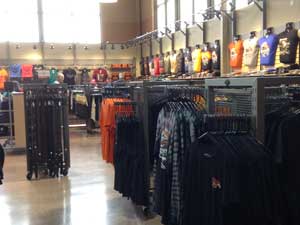 The companion piece to having events and promotions is advertising them. Black Hills advertises every week, all year long. They mainly use radio, email blasts and social media, but they add TV spots during the three months of Rally season, June through August. And they don’t back off during the winter. Rymer keeps track of the numbers and he sees a direct, unmistakable relationship between these things.

The result is that Black Hills H-D has become the place to hang out. Yes, it tends to bring in some of the same people over and over, but what it also does is fill the parking lot. “When the lot is full it’s a magnet for people on I-90,” says Rymer.  It says, ‘Something’s going on there!’” The bottom line, says Rymer, is, “If we constantly have activity, we constantly have activity.” 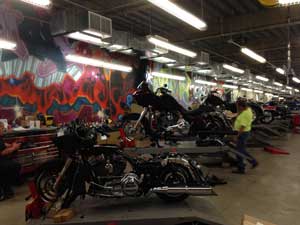 And as activity has increased, so have sales, as has the dealership’s motorcycle allocation, because the more motorcycles you sell the more you get. Rymer says it has allowed Black Hills to really grow as a business. Evidence of this growth is seen in the just-completed expansion that added 27,000 square feet to the shop’s footprint, a 50 percent increase. If you’ve been to Black Hills during Rally, you’ll recall the large tent on the east side of the building. Well, that’s all under roof now, and then some.

The Sturgis 75th Motorcycle Rally was just about to begin when we spoke to Rymer. Preparations were well along, there was a buzz of activity and it looked like a monumental effort. Black Hills goes from 16 full-time techs to 40, and from 65 year-round employees to just under 500. The number of vendors is up by 20 percent over last year and most of them install onsite, a necessity that speaks to instant gratification, according to Rymer. 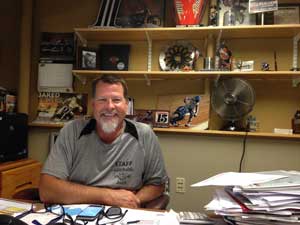 All this frenzy is totally due to Black Hills H-D’s location, in the midst of the Sturgis Rally. And by all accounts there’s nobody complaining about that!