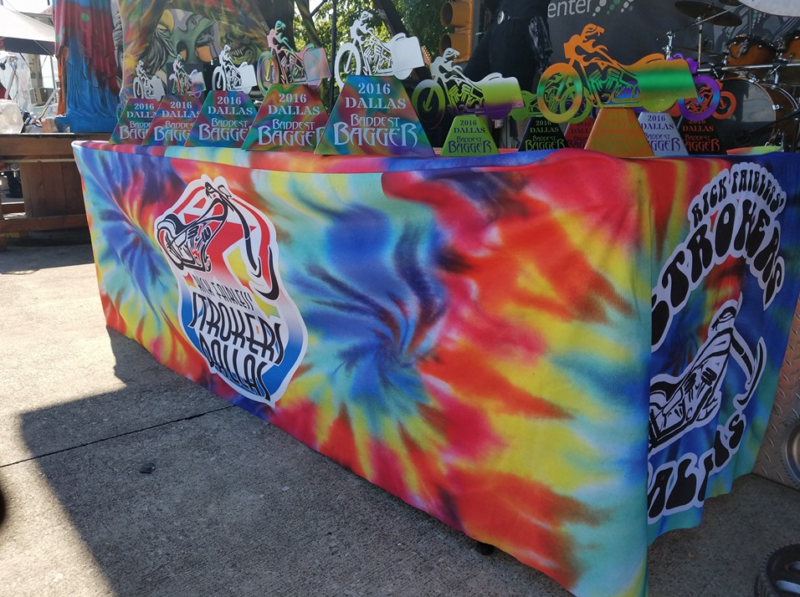 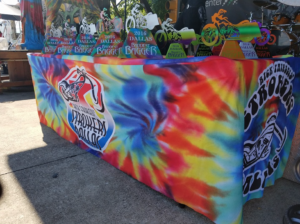 [dropcap]D[/dropcap]ear Ma, I hope you’re well up in Heaven, we are doing ok down here in Dallas. Last weekend we hosted the Baddest Bagger – Dallas edition. The show is put on by Paul Yaffe and American Bagger magazine. It travels the country and has a really good following. This was our second year to host the Dallas version of the show.

It was a great turnout and everyone had a swell time. The fella we crowned with “Baddest Bagger Dallas” was Wenton Walker from Mississippi. Wenton gets his bikes built by Jerry Covington in Woodward, Oklahoma.

Jerry has been building World Class Custom Motorcycles for many years and he’s as good as it gets! I was glad to meet Wenton and it’s always a great day when I get to spend time with Jerry and Kathleen Covington…especially Kathleen!

Speaking of Baggers, Custom Big Wheel Baggers are the current trend and has been for the last few years. Some people say this trend has run its course, but I think it’s still going strong, ok, maybe it’s just kinda strong. Sure, it hit its peak and is down trending a little, but its still the most popular trend going.

It’s kinda counterproductive, because some cats are taking a bagger, which is meant to be a long-distance motorcycle ridden for comfort and they are customizing them to the point where the motorcycle no longer is comfortable for a long trip.

They are turning Baggers into oversized Bar Hoppers! Far be it from me to tell anybody how to spend their money. If they want a bar hopping Bagger then brother I’m your huckleberry, and you’ll love it when I’m done with it!

But, a Bagger can still be customized to be cool and still be a viable cross country motorcycle. Ma, mainly the old timers are riding stock or lightly customized Baggers and the younger generation digs the big wheel Baggers.

Baggers are this generation’s bar hoppers. They like lots of sound and I mean really loud stereo music. When they come pulling into Strokers they have their music playing so loud that everybody within 200 yards can hear their music.

I dig music on my Bagger too, but I don’t play it so loud that everybody can hear what I’m listening to. Maybe that’s because I don’t want everyone to know that I’m listening to Puff the Magic Dragon! Oh well, Ma, the Bagger craze is still hanging in there and I am glad to customize any Baggers to any level of customization that anybody wants, that’s what we do!

So Ma, you know I’ve always had a fear of eating in front of people. I mean, I can eat WITH people, but not IN FRONT of people if they are not eating and they’re just watching me eat. I am VERY uncomfortable with that and I’ve always been that way. On my way home from Sturgis, I decided to stop and get some breakfast at a little clip joint in the Texas Panhandle.

It was a pretty cool little greasy spoon and that’s the kinda joints I dig. So I pulled up and I noticed there was a Harley in the parking lot. When I get inside there were only a few people in the joint.

Two guys were talking and both looked to be native to this small town. They were two farmer boys wearing overalls and talking about the need for more rain. One cat leaves and the other cat starts looking around for somebody to talk to. He spots me about the same time my pancake comes out.

I tried not to make eye contact, but just as I took my first bite he says “Hey, ain’t you that feller I seen on TV?” Without looking up I said, “Uh, well, I don’t think so.” He said, “Yep, I remember now, you’re that hippie dude from Dallas that builds them crazy hippie motorcycles and wears tye dye shirts“ (I shoulda wore my black shirt I guess).

Before I could answer he said, “Do you mind if I sit down?” And then he sat down without waiting for an answer. So as he sat there rattling on and on about his 2002 stock Heritage Softail and his biking adventures in the panhandle, I put my fork and napkin on top of my uneaten pancake and pushed it to the opposite side of the table. I don’t blame that guy Ma, it’s not his fault that I can’t eat in front of people. Oh well, I figure I saved a few calories.

Ok Ma, I gotta go for now, I’m fixin to pull out my 1965 Panhead and go for a spin. My ugly head is clogged with nonsense and I need to clear it out!

Love ya Ma!
Your boy Rickey

Advertisement
In this article:Baggers, Can ya dig it?, Harley-Davidson, Jerry Covington, Sturgis

Baggers and One Uneaten Pancake