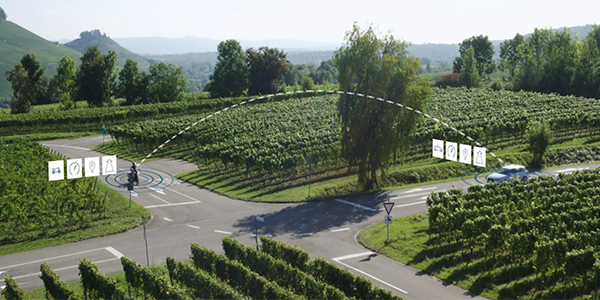 Autotalks and other CMC members will work together to enhance Cooperative-Intelligent Transportation Systems (C-ITS) applications in motorcycles in a way that will help minimize motorcycle accidents.

Autotalks, a developer of V2X (Vehicle to Everything) communication chipsets, has joined the Connected Motorcycle Consortium (CMC). Autotalks will work with other CMC members to help realize the vision of a uniform motorcycle platform for V2M (Vehicle-to-Motorcycle) communication. Specifically, Autotalks and other CMC members will work together to enhance Cooperative-Intelligent Transportation Systems (C-ITS) applications in motorcycles in a way that will help minimize motorcycle accidents.

Hagai Zyss, Autotalks’ CEO, said: “As an early innovator in motorcycle-to-vehicle communication, Autotalks is excited to be part of CMC and help set an interoperable, unified and practical framework for connected motorcycles which starts with safety. Together, we’ll work to save the lives of the most vulnerable road users. According to studies, V2M communication will reduce road accidents by 80%.”

The Connected Motorcycle Consortium (CMC) is a collaboration between manufacturers, suppliers, researchers and associations to make motorcycles part of the future of connected mobility. The founding members of CMC include BMW Motorrad, Honda and Yamaha, and other member motorcycle manufacturers include Ducati, Kawasaki, KTM and Suzuki.

Autotalks’ V2M solution, launched in June 2017, is based on a second generation V2X chipset developed by the company which allows motorcyclists and other drivers to receive alerts on life-threatening situations in order to avoid road accidents.

According to World Health Organization data from 2015,23% out of 1.25 million traffic fatalities was a motorcycle rider. A 2013 study conducted by the US National Highway Traffic Safety Administration (NHTSA) indicated that motorcyclists have a 26-fold higher risk of death than those who drive other vehicles.