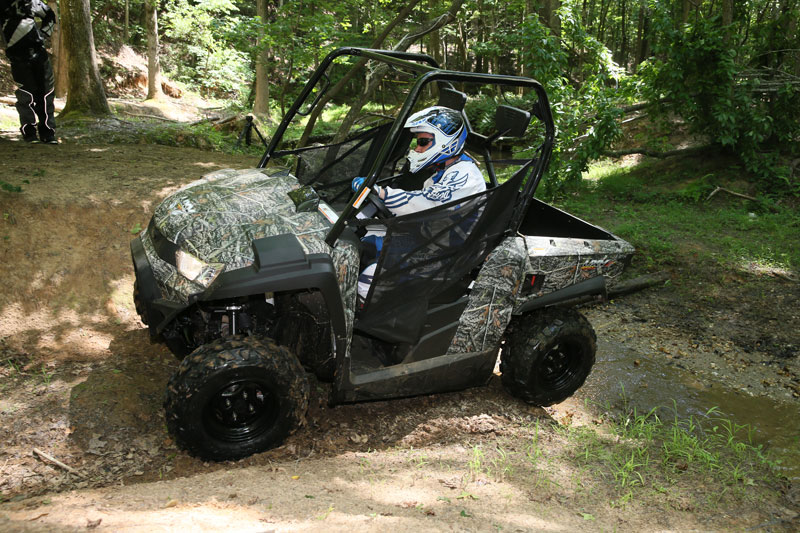 [dropcap]T[/dropcap]he final 2015 sales numbers have just been tabulated by the Motorcycle Industry Council (MIC) and the result is… drum roll please… FLAT. Okay, no real surprise to the dealers in the trenches. At just under 730,000 units the grand total of motorcycle and ATV sales combined was actually up 2.2% over 2014; but with less than 230,000 vehicles sold, the ATV side was off half a percentage point… i.e. flat. However, that doesn’t mean there are no opportunities for a dealership. 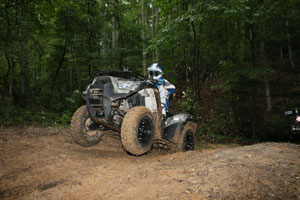 For example, just replacing a set of tires or shocks doubles when you compare quads to motorcycles. ATVs and UTVs virtually guarantee more work for your service department as well. Unlike the average shade tree mechanic who will do his own knobby changes on a dirtbike, it is tough to bust the bead and change ATV tires without the speciality equipment of a dealership.

Speaking of specialties, the UTV market is nearly double what ATV sales are. Although MIC/ROHVA don’t track or share sales data for the UTV side, industry estimates put sales in this sector in the neighborhood of 400,000 units. That represents plenty of tire changes, service work, parts and accessories profitability for some dealers to cash in on.

“The Side-by-Side market is evolving, and that’s a good thing for dealers and consumers who will have more selling and buying options,” says Steve Nessl, Yamaha ATV/SxS group marketing manager. “We see continued growth in all usage segments, but the YXZ 1000R launch has certainly shined a spotlight on Yamaha’s line of sport and recreation products. The two-wheel guys have taken interest, the car guys have taken notice and any SxS enthusiast who cares anything about sport performance is craving seat time.” 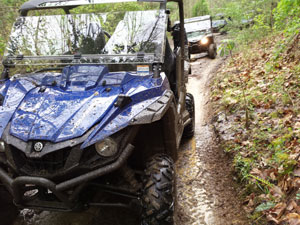 While rip-roaring vehicles like the Yamaha YXZ, Polaris RZR, Arctic Cat Wildcat and Can-Am Maverick have amassed the lion’s share of Side-by-Side market headlines in recent years, these popular machines – dubbed Recreational Utility Vehicles (RUVs) – continue to represent a smaller percentage of the total UTV landscape than more work-oriented models. Commercial or true “Utility” UTVs used for turf, industrial, golf and shuttle applications may be where the real opportunities are for dealerships.

According to Power Products Marketing, a Minneapolis-based research firm, of the more than 400,000 UTVs retailed in North America in 2015, RUVs accounted for around 45% of sales, and models for commercial applications were responsible for roughly 55% of the total. Actually, the number may even be a little higher once you include all of the commercial machines from players outside the traditional powersports market such as Bob-Cat, John Deere and ClubCar. 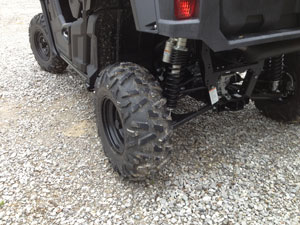 “The year-end data puts reported sales at 260,000 units for 2015. This would actually be 65% of the 400k total,” notes Bruce Ramsey, VP of Sales & Marketing for KYMCO USA. “The reported increase for the ROV sector was 8.9%, but KYMCO increased more than 25%.” This growth is even more impressive when you consider KYMCO didn’t add any new UTVs. “We did not have any new model intro for 2015 in this segment, so we are very happy with the growth of our existing line.”

“In just the past few years, Yamaha has introduced an all-new line of Side-by-Side vehicles covering utility, recreational and pure sport customers in the Viking, Viking VI, Wolverine and YXZ1000R models, respectively,” notes Nessl. “I think you can say Yamaha has been on the gas in the SxS market, and we’ve seen sales and market share increase as a result.”

Ramsey sees UTV sales growth coming as well, especially for KYMCO. “We expect to continue our growth within the ROV segment in 2016 with low, double-digit increases… or more!” 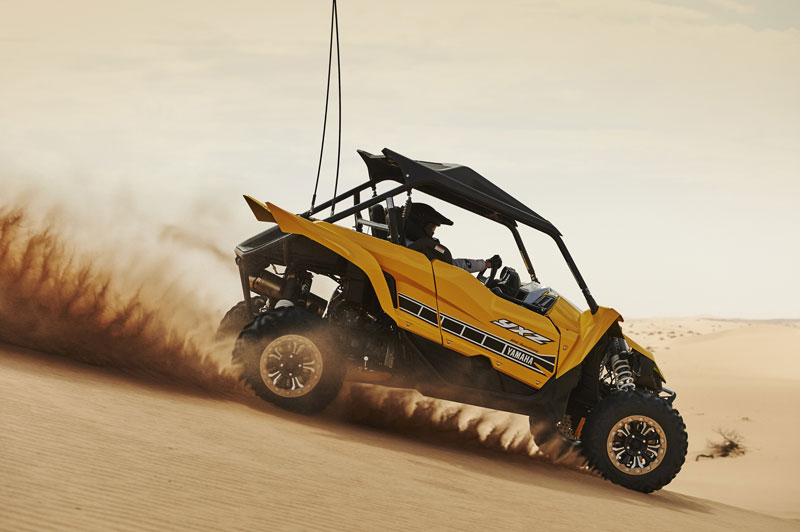 The YXZ 1000R launch has shined a spotlight on Yamaha’s line of sport and recreation products. Two-wheel guys have taken interest, car guys have taken notice and any SxS enthusiast who cares about sport performance is craving seat time.

ATV Sales
The ATV segment as a whole was flat with a -0.5% change reported by MIC. “KYMCO was consistent with the market,” says Ramsey. “Again, we had no new model intro, so we are not unhappy with keeping level with the market. We actually expect considerable increases in the ATV segment due to some strategic programs launching very soon. Top secret stuff.” 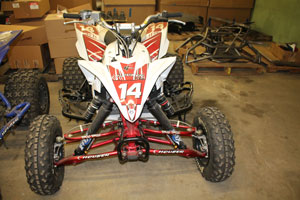 Of course, the flat forecast is far better than the double-digit drops experienced by the ATV and dirtbike markets following the 2008 crash… and well under the glory days when ATV sales were in the neighborhood of 1 million units. However, that was before the UTV market existed… add the 400,000 UTVs with the 230,000 ATVs sold and now the four-wheelers are more in-line with two-wheelers.
The ATV market may have been flat overall, but not for all the players. “Yamaha had a historic year in 2015 launching an unprecedented number of all-new Side-by-Side and ATV models,” says Nessl. “We experienced an invigorating surge in sales and production in both sport and utility segments.”

What A Difference A Decade Makes 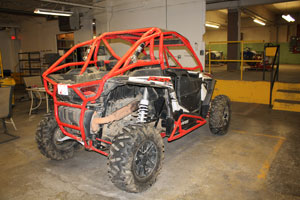 The UTV market hasn’t always looked this way. Going back a decade, the scene appeared much different. In 2006, the North American UTV market was on an upswing at just above 225,000 units. The market was split 80% Commercial vs. 20% RUV – of course, that was just after the 2003 introduction of the game-changing Yamaha Rhino, a vehicle that offered recreational fun in a utility-capable package, and the subsequent introduction of the best-selling Polaris RZR family of vehicles.

Just as the Rhino proved to be a game changer, the new YXZ is poised for a case of deja vu all over again. “As the only pure sport SxS, the YXZ1000R is not only redefining what ‘sport’ means for SxS vehicles, but also leading the way into new SxS segments never before imagined,” says Nessl. 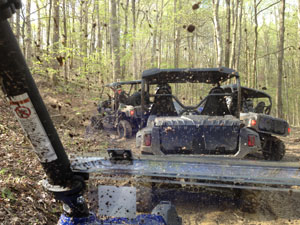 “Yamaha introduced industry-first performance features in the YXZ1000R, and just as important, Yamaha brought quality and durability to a population of motorsports enthusiasts who have been historically underserved in these areas,” notes Nessl.

While the overall market forecast may be relatively flat for ATVs and UTVs, that doesn’t mean there are not growth opportunities for individual dealerships. Far from it. “KYMCO is always looking to grow,” exclaims Ramsey. “We still have many ‘open’ territories that need KYMCO representation. There are no target regions for this year, basically we just want to fill open points to allow consumers throughout the U.S. to have a KYMCO dealer in their market.” 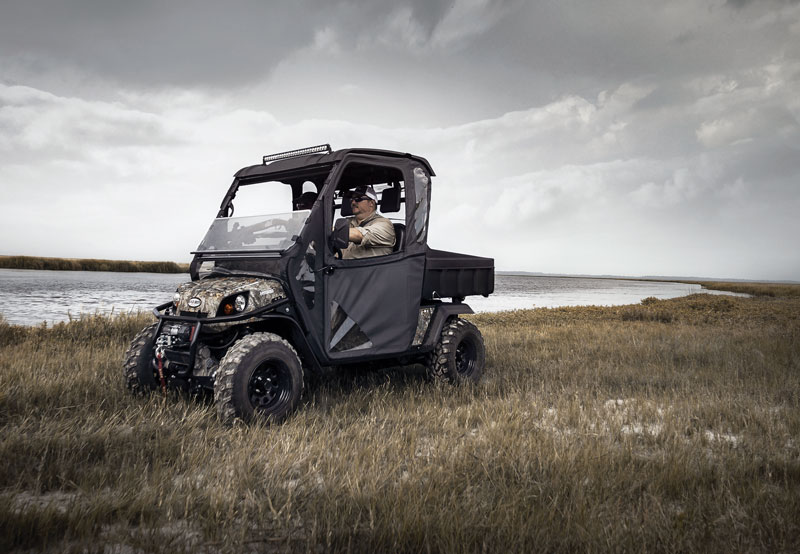 Electric vehicle technology is starting to be seen in UTVs. Bad Boy Off Road is at the forefront of this charge and points to emissions-free transportation and lack of noise as big benefits.

Tesla has been making waves in the auto industry by changing how electric vehicles are perceived and brought to market. Since 2004, a similar paradigm shift has been taking place on the UTV side. Leading the charge is Bad Boy Off Road and its parent company, Textron Specialized Vehicles, a market leader in recreational electric vehicles worldwide.

Today, electric vehicles comprise about 6% of all side-by-side vehicles sold into North America annually,” states John Collins, VP Consumer, Textron Specialized Vehicles. And this is just the tip of the iceberg. “For off-road and recreational vehicles specifically, the benefits of electric propulsion is emission-free transportation and lack of noise.” Additionally, the torque, hill climbing and “fun factor” capabilities of electric vehicles are impressive. 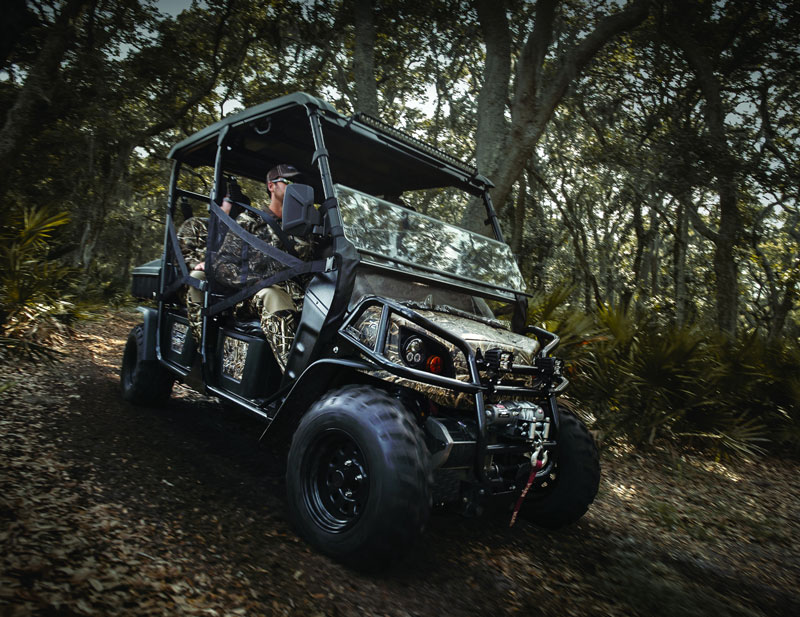 In hunting applications, the “never hear you coming” electric power allows an outdoorsman to get in and out of a hunting spot without detection, explains Collins. “In residential neighborhoods, the lack of noise and emissions are certainly appreciated by friends and neighbors.” Point well taken!

“Hybrid technology is another differentiator offered exclusively by Bad Boy on its Ambush iS model,” claims Collins. “Hybrid allows the user to enable both gas and electric power on the same vehicle. In four-wheel-drive, the electric front motor and gas rear engine both pull. When silence is needed, the gas motor can be switched off, propelling the vehicle on noise-free, emission-free power.”

Today, it is 6% of the UTV market, but this is just the beginning. “Going forward, Textron expects the electric side-by-side market to continue to grow, and we will make associated investments. Additionally, Bad Boy will grow into market categories for which it is not widely recognized today, utilizing numerous powertrain and propulsion solutions,” Collins concludes.

While the numbers for the ATV/UTV market don’t show a lot of change, there is still plenty on the horizon to get excited about.