Longevity is only half the story. 2 Wheelers has been at the same location for over 40 years, weathering neighborhood changes, economic ups and downs, and motorcycling’s boom times and downturns. 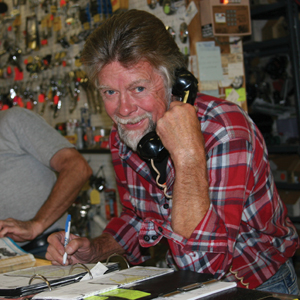 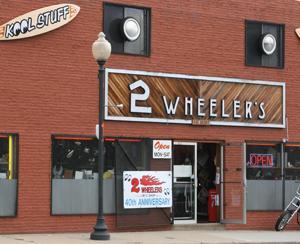 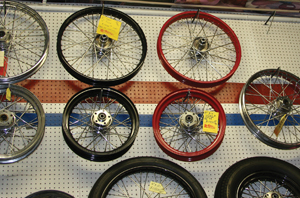 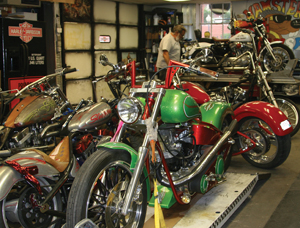 Just a few short years ago, motorcycle riders were brainwashed into thinking that the cavernous motorcycle superstore was SOP (standard order of procedure, for you non-military folks.) Longtime family-owned shops with dusty floors and people you knew behind the counter went by the boards in favor of glitz and grandeur. Motorcycling lost part of its soul in those days — but not all of it. A few original independent motorcycle shops held firm to their traditions, among them Arlin Fatland’s 2 Wheelers in Denver, Colo.

2 Wheelers has been at the same location for over 40 years, weathering neighborhood changes, economic ups and downs, and motorcycling’s boom times and downturns. Through it all, Arlin and his staff have maintained a spirit of fun and enthusiasm for biking. This attitude has allowed them to thrive; no matter what was happening outside the shop’s doors, they simply carried on. There’s no indication things will change anytime soon, either. “When it’s your lifestyle, you’re not gonna quit,” said Arlin. ”It’s family.”

2 Wheelers is hard to describe. After the shop was first established in 1971, it expanded by increments, first to the space right next door, then later across the street where the service department is housed. Every available square inch of display space is put to use. In earlier days, as shelf and floor space became covered up, Arlin filled the walls, then moved overhead. Even the ceiling was put to use, decorated by dozens of fading, campy cheesecake posters of lanky models with bikes and cars. You’ll get a headache trying to see them all, but it’s worth it.

As time passed, Arlin continued to take on more products and developed proprietary items, too. More recently, the shop has added Rocky Mountain Biker Wear, a line of bags and clothing designed by Arlin’s partner Donna.

“We’re not the average shop,” he said unnecessarily. “We have a little bit of everything.” They also have the local reputation for being the go-to place in Denver for reliable mechanical work on pre-Evo Harley-Davidsons. Today, when everything is EFI and computer-controlled, that’s something to tout, and it keeps the shop decidedly and quite comfortably low-tech. There isn’t a computer in sight; inventory and ordering happen as they always have, noted by hand in a book on the sales counter.

In addition to repair and custom work, 2 Wheelers builds several ground-up bikes a year, generally dictated by Arlin’s whim and certain to be head turners — if not always “G” rated. No matter, you can depend on the fun quotient to be stellar and the pedigree solid.

You don’t last four decades in any business by keeping your head in the sand, and Arlin has developed a keen sense of what riders want to buy, adjusting to how tastes change over time. “I pay pretty good 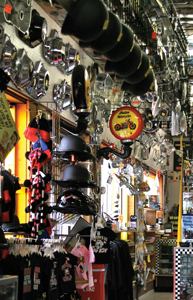 attention to that,” he said. This might be a small shop in square-footage terms, but it’s big in outlook and agile in its ability to maneuver with styles and trends. It’s also grounded in a firm foundation of authenticity, and that’s something you can’t fake or duplicate.

You might think that running a bike shop all these years has kept Arlin from attending the big rallies, but you’d be wrong. Arlin’s first trip to Sturgis was in 1973, and he hasn’t missed a year since. In fact, as he attended the big rallies and watched them grow, an idea occurred to him: all the riders were at the rallies, and all his merchandise was back in Denver at the shop. To remedy this, he opened a shop in Sturgis. The next year, he did the same in Daytona. “That was 25 years ago, and I’ve been doing it ever since,” he said. “I created a monster.” Though Arlin and Donna travel to the big events, the Denver store also stays open during these times, made possible, says Arlin, by the dependable help he has. Several of the shop’s employees have been with him about 35 years.

Adjusting to styling trends, having products at every price point, and keeping it fun: those are some of the secrets to being in business a long time and, more importantly, enjoying it. Arlin summed it up best, “Even if it doesn’t make us rich, it makes us happy.”