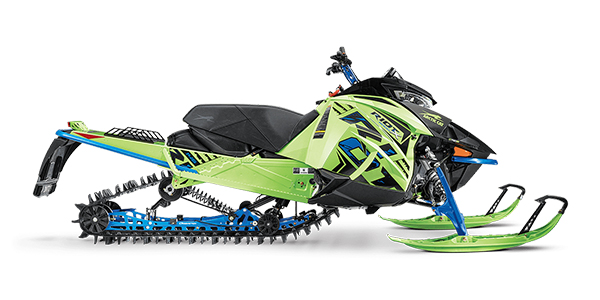 New for 2020 is the Riot family of crossover snowmobiles available with 6000- and 8000-Series engines. Riot sleds feature the new ARS II front suspension and Cross-Action rear suspension. The sleds offer a forged spindle that is 1.5 in. taller than Arctic Cat’s former crossover models. New Riot features also include a 146 in. Cobra  or Challenger track, G2 ProClimb-7 skis with molded boot traction, a lay down steering post like ZR models, mountain seat and adjustable 42 in. to 43 in. ski stance with sway bar. Also new to the Riot lineup is the Riot X with a lightweight front Mountain Suspension with an adjustable 39.5 in. to 41.5 in. ski stance and vertical steering post with the 2 in. Challenger track.

Upgrades to the C-TEC2 8000-series engine include new cylinders, pistons, combustion chamber, flywheel, fuel rail and calibrations and are expected to be more responsive and offer a better fuel economy. Engine upgrades The upgrades were made to all 8000-series applications.

More details on the Arctic Cat/Textron sales program, along with pricing, is scheduled to be released at a future date.