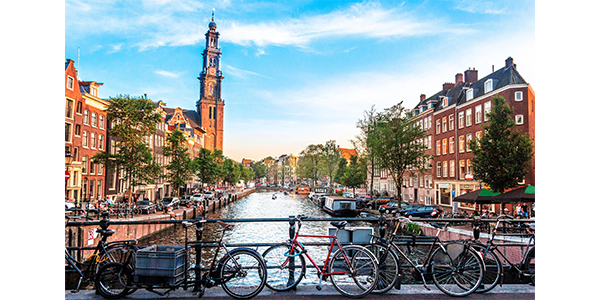 The city of Amsterdam will ban both gas and diesel variants of cars and motorcycles starting in 2030.

According to Road Show by CNET, if something is directly contributing to pollution and public health problems, you’d probably want to cut it out entirely rather than simply reducing it. That’s the underlying idea behind Amsterdam’s impending vehicle and motorcycle ban.

It’s not just some invisible specter, either. As air quality lessens, it can adversely affect people’s health, especially among children, the sick and the elderly.

“Pollution often is a silent killer and is one of the greatest health hazards in Amsterdam,” said Sharon Dijksma, Amsterdam’s traffic councilor, when announcing the plans.

Like many other similar bans, it’ll happen in stages. The first is supposed to arrive next year, when Amsterdam will ban diesel cars that are more than 15 years old, preventing them from entering the area within the A10 ring road around the city center. In 2022, non-zero-emission buses will be banned, and in 2025, the ban will grow to include pleasure craft (Amsterdam has waterways, too) and mopeds. By 2030, if a vehicle emits anything from the tailpipe, it won’t be welcome.

It will require a monumental effort to prepare Amsterdam on the current timeline. The Guardian notes that, in addition to encouraging city residents to buy new electric or hydrogen vehicles, Amsterdam will need to install between 13,000 and 20,000 charging stations by 2025 in order to ensure everybody has access to electricity.

While it’s a noble cause, not everyone is on board with the idea. The Rai Association, lobbyists for the automotive industry, lambasted the plan in a statement to The Guardian, saying that requiring its citizens to spend money on expensive electric cars will make Amsterdam “a city of the rich.” Electric cars are slowly decreasing in price as time goes on, but they are still generally more expensive than internal-combustion counterparts.

Cities and countries across Europe have flirted with the idea of certain kinds of vehicle bans in an effort to improve air quality. Back in 2017, both France and the UK said they hoped to eliminate gas and diesel vehicle sales by 2040. In 2018, a German court ruled that individual cities were allowed to implement these kinds of bans, and at least one city has signaled the intent to do exactly that.