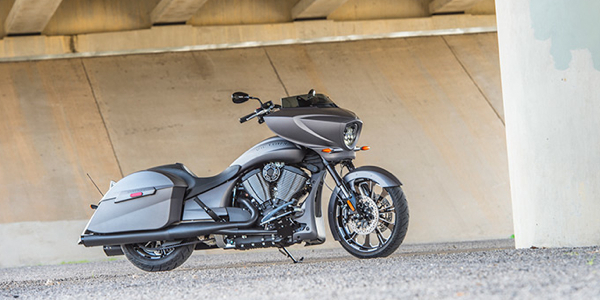 We have been a Victory dealer for more than 15 years and I am still in disbelief. I told somebody this felt like my wife dumped me for a richer man (Indian Motorcycles) and punched me in the gut on her way out the door.

Dear Ma, I hope things are good up there in Heaven, things are pretty hectic here in Big D. I have some news that I never thought I would witness and it’s very sad.

Polaris pulled the plug on Victory Motorcycles! I never saw this coming and I have been in this business for many years. We have been a Victory dealer for more than 15 years and I am still in disbelief. I told somebody this felt like my wife dumped me for a richer man (Indian Motorcycles) and punched me in the gut on her way out the door.

Make no mistake about it Ma, Victory builds a dang good motorcycle and are famous for owner loyalty. Victory bikes have always been great-handling, super reliable motorcycles. I have always believed and will continue to believe that Victory built the best American motorcycles in the world! PERIOD! But my Vic sales sharply declined a few years ago when Polaris started producing Indian Motorcycles.

As a businessman, I kinda understand it… kinda. We are told Indian Motorcycle sales far surpass Vic sales and I believe it’s only because of the Indian name. Indian Motorcycles, originally established in 1901, has an old historic name that even the non-riding public knows, whereas Victory is not a well-known name outside of the motorcycle community.

In other words, when Joe Blow is telling his pencil neck pals at the office water cooler about his motorcycle, they know what an Indian Motorcycle is, but his non-riding buddies never heard of a Victory. Plus, when you tell Joe Blow that Victory is owned by Polaris, the response is usually something like – “The snowmobile people?” Don’t get me wrong, Indian builds a great motorcycle and I believe they will continue to get even better with the full force of Polaris behind them.

I get what Polaris is doing, but that doesn’t mean I have to like it, because I don’t. The plan is to combine the resources and manpower from Victory with Indian to build a more powerful brand. I know it’s tough for Polaris supporting two different brands which means two completely different companies building a separate line of parts, apparel, marketing and even a separate dealer base in some cases.

So, there will still be new Vics in the pipeline for the next 18 months or so. Polaris will still honor all Victory warranties and will continue to manufacture Vic parts for the next 10 years. I plan to be selling new Victory Motorcycles until the last new Vic has hit the open road. I will be servicing and customizing Vics for the rest of my life! I will take care of my customers and Polaris will take care of me and my customers.

I have talked with several other Vic dealers as well as other Victory parts suppliers and we are all sad to see Polaris wind down Victory operations. The last 8 years have been a tough road to hoe, but I think we are coming out of this mess. With this announcement about Victory, well, I think the American motorcycle industry received a big black eye. I mean, I believe that Victory Motorcycles pushed Harley to build a better product than it ever had before or would have without the competition from Victory.

Competition builds a better motorcycle and I have no doubt that it did in the case of Harley-Davidson. When I was a young man you either bought a Harley or a Japanese bike. Well, then Victory came along and people had more than one choice for an American made motorcycle. I guess since the reintroduction and popularity of Indian, Victory is the odd man out. Oh well, life goes on. I figure there are over 130,000 Victory Motorcycles on the road and that ain’t gonna change Ma, cause them Vics will run till the cows come home! Anyway, I’ll keep you up-to-date on how things go from here!

I Love You Ma!
Your boy, Rickey