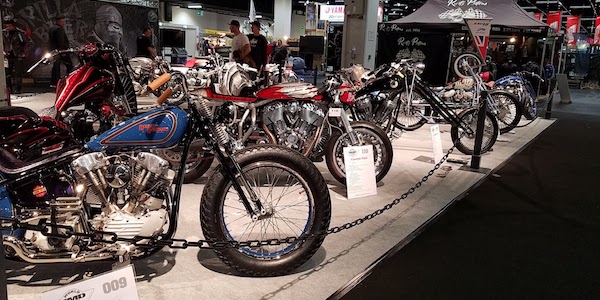 This year sees the Hall 10 footprint expanded as INTERMOT ‘Customized’ takes over the whole of the lower level of what is the largest hall at the Cologne Expo Center.

INTERMOT ‘Customized’, where the AMD World Championship is held in Hall 10 at the Cologne Exhibition Center, has established itself as the primary international custom motorcycle industry Expo in the world.

This year sees the Hall 10 footprint expanded as INTERMOT ‘Customized’ takes over the whole of the lower level of what is the largest hall at the Cologne Expo Center, the only one of the original double-deck halls left, resulting in a satisfyingly retro and chic environment that works well for the custom motorcycle industry’s exhibition values. 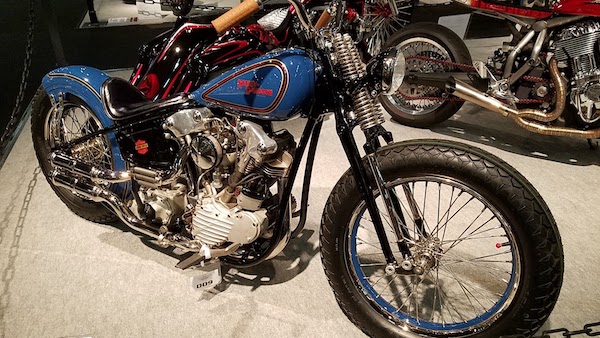 Hall 10, located adjacent to the three primary public entrances to the Cologne Expo Center, attracted some 150,000 visitors in 2016. This year the public days are expanded to five from four days. With more than five prior World Champions already confirmed among the 2018 competitor community and bikes already slated to compete from some 26 countries worldwide, the Hall 10 attendance looks set to be another all-time record for a custom bike show at an international motorcycle industry expo.

AMD World Championship Organizer Robin Bradley explained some of the history and significance of the custom show:

“Its origins are in Europe in the late 1990s, but I started it in California in 2004,” he explained. “I then took it to The Mandalay Bay in 2005, and then to Sturgis until 2012 – after which we took it to Europe (Germany specifically) initially as the centerpiece of our own Big Bike Europe expo in 2013. We were then asked to move it to INTERMOT as the catalyst for what has become ‘INTERMOT Customized,’ the specialty show-in-the-show concept that we helped Koelnmesse and the IVM get off the ground in 2016.” 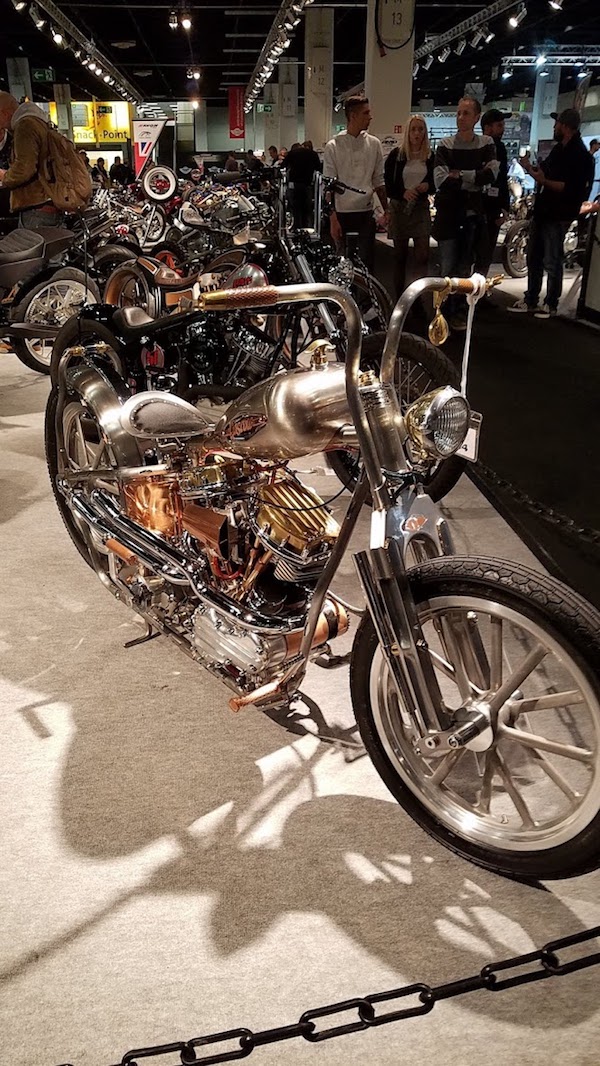 Tim Dixon’s 1959 Panhead entry from Union Speed and Style in the U.S.

We wish the guys luck and will report the winners as soon as they are announced on Sunday, Oct. 7.