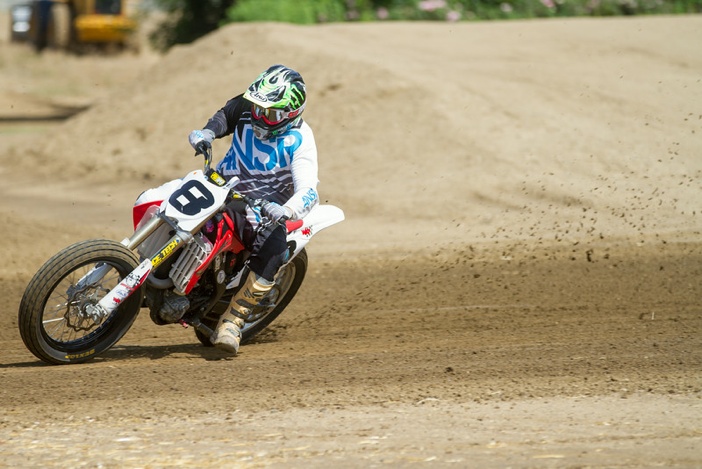 Rosanna M. Grzebinski, Ed Hoeffken and Vince Holt have been selected to serve on the 2015 event management committee. The committee is led by AMA Track Racing Manager Ken Saillant, who also serves as the event’s race director.

“The event management committee works to ensure that the grand championship runs smoothly and efficiently,” said AMA Track Racing Manager Ken Saillant. “Alongside the AMA, Rosanna oversees the administrative aspects of the event, while Ed manages the operational facets and is the event referee. Vince is the rider representative. Additionally, the committee reports any rule infractions and resolves the situation.”

Grzebinski is a motocross promoter and also operates the AMA Ice Race Grand Championship. She has previously conducted the Dirt Track Grand Championship and is also a member of the AMA Track Racing Commission.

Hoeffken is a senior member of the Belleville Enduro Team and long-time referee for the AMA Dirt Track Grand Championship. He also serves on the AMA Track Racing Commission and is an AMA Congress delegate for District 18. Additionally, he is a race official for the Automobile Racing Club of America.

Holt is the owner/president of Management Recruiters of Mercer Island and has raced motorcycles for 50 years, competing at AMA Grand Championship events for 20 years. He holds 14 amateur class championships.

“Our goal is to run a well-organized, professional-caliber event that showcases the talent of America’s top amateur dirt trackers,” Saillant said. “Working together, this committee will help us meet that goal.”

Classes and online entry are available through June 29 at midnight (PDT):https://secure.tracksideonlineresults.com/flattrack/index.asp

The riders in each class with the highest point totals in all disciplines will be awarded AMA National Championship No. 1 plates. The top riders also compete for the AMA Dirt Track Horizon Award, which honors the amateur racer poised for success at the pro level.