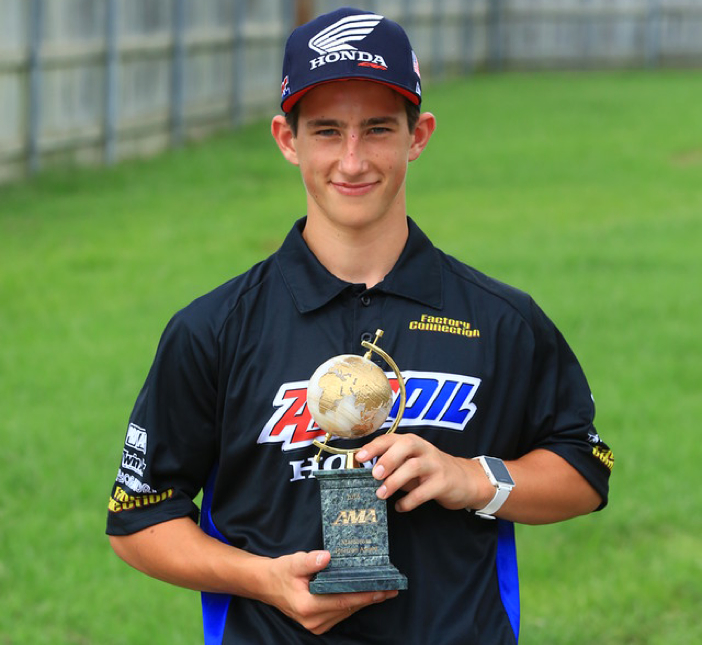 Chase Sexton of La Moille, Ill., captured the prestigious AMA Motocross Horizon Award. The award is given to a rider who shows the most promise as he or she prepares to enter the professional ranks. The 16-year-old won the Open Pro Sport class and took second overall in the 250 A class on his Honda. Sexton also captured the fastest lap of the weekend with a 1:52.716.

“Chase had a stellar week, and it’s our pleasure to congratulate him on earning the 2016 AMA Motocross Horizon Award,” said AMA Director of Racing Bill Cumbow. “Chase and the event’s other champions not only raced through a challenging week against the country’s best, but they rose through an increasingly competitive AMA Area Qualifier and Regional Championship program to earn their spot at the national.”

Cumbow also recognized the work of longtime event promoter MX Sports and others for making the event a success.

“MX Sports does an exceptional job organizing this outstanding event for AMA members year after year,” Cumbow said. “The track builder for the event, Randy Poulter, set up a track that challenged the racers in creative ways. I’d also like to acknowledge the hard work of AMA Motocross Manager Kip Bigelow and Assistant Motocross Manager Mike Pelletier, who did a great job during a long and challenging, but very rewarding, event.”

The true star of the week was Sexton, of course, who will be racing his first Lucas Oil Pro Motocross Championship race this weekend at Unadilla on the GEICO Honda team. He plans to finish the pro motocross season and race for the team in the 2017 AMA Supercross season.

“It means a lot [to win the AMA Motocross Horizon Award],” Sexton said. “I’ve been wanting to win ever since I’ve been on an 85[cc bike].”

The AMA Amateur Motocross Racer of the Year Award went to 16-year-old Jordan Bailey of Orlando, Fla., who claimed the 250 B and Schoolboy 2 (13-16) B/C championships on his Kawasaki. The award recognizes an outstanding non-A-class rider at the event who is projected to make a stellar debut in the A-class.

The AMA Youth Motocross Racer of the Year is 12-year-old Jett Reynolds of Bakersfield, Calif. Reynolds also received the award in 2015. This year, he captured the championships in 85cc (9-12) and 85cc (9-11) Limited on his Kawasaki. The award is presented to a rider younger than 16 and is based upon their performance at the event. 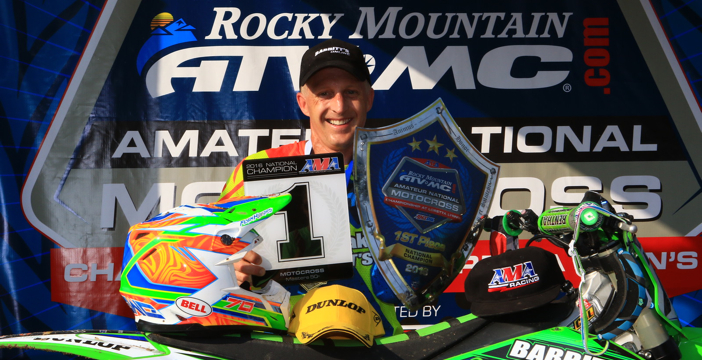 John Grewe of Rockford, Mich., won the AMA Vet/Senior Motocross Racer of the Year Award on his Kawasaki. The 50-year-old swept all three motos to capture the Masters 50-plus national championship. He also finished second in the Senior 40-plus class.

AMA National Champions crowned at the event include:

Complete results from the event can be found at http://lorettas.tracksideresults.com/class.asp.

Advertisement
In this article:AMA National Champions