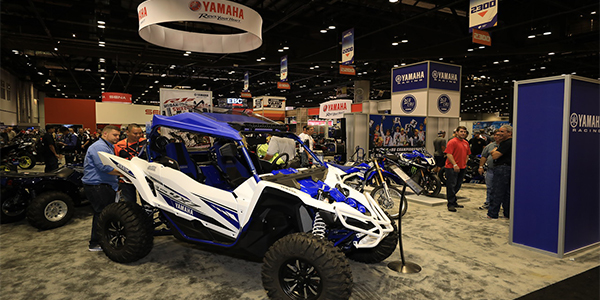 With less than two months until opening day, the American International Motorcycle Expo (AIMExpo) will welcome a record number of exhibiting original equipment manufacturers (OEMs) in its debut at the Greater Columbus Convention Center in Ohio, from September 21-24.

With less than two months until opening day, the American International Motorcycle Expo (AIMExpo) will welcome a record number of exhibiting original equipment manufacturers (OEMs) in its debut at the Greater Columbus Convention Center in Ohio, from September 21-24.

“The unprecedented response from vehicle manufacturers across the powersports spectrum is a recognition of the impact of AIMExpo presented by Nationwide for both trade business and consumer reach in just the event’s fifth year,” said Cinnamon Kernes, Show Director. “The move to Columbus puts the show floor in great proximity to the country’s retailers as well as a high concentration of the population of powersports users, and with the record number of OEMs all attendees will have the opportunity to see an exceptionally diverse collection of new products. The range includes side-by-sides, motorcycles, innovative three-wheeled transportation, watercraft and snowmobiles, featuring both electric and gas power. Moreover, the extensive street demo-ride offerings at AIMExpo Outdoors! from a record nine different OEMs will give attendees the opportunity to experience the latest products for themselves.”

In total, 24 OEMs have signed on to take advantage of AIMExpo’s multifaceted, all-in-one platform. The broad scope of manufacturers includes the newest motorcycle and powersports models from legacy manufacturers KYMCO, Suzuki, SSR/Benelli and Yamaha, along with returning manufacturers BRP/Can-Am, Honda, Kawasaki, KTM, and Yamaha Watercraft. Additionally, the show’s newest OEM exhibitors – Harley-Davidson, Indian Motorcycle, and Polaris Slingshot – will put the spotlight on storied American brands that are taking advantage of the Motorcycle Industry Council-produced show for the first time. 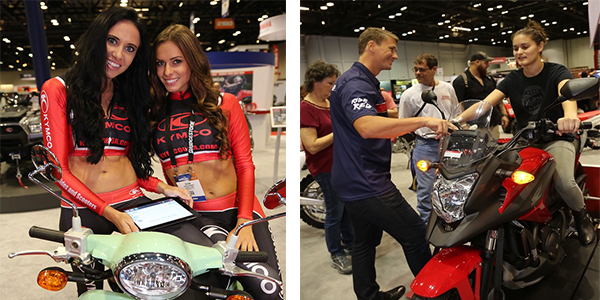 Adding to the extensive list of vehicle companies showcasing new and unique products are 47 Moto, American Landmaster, American Lifan, BV Powersports, CFMOTO, Cub Cadet, Doohan, HiSUN, Ice Bear, Jinling International Inc., Tacita, Textron Off-Road, and Torrot GasGas. The diverse range of products from this impressive collection of manufacturers will initially be unveiled during the two trade days of the show (September 21 & 22) before being put on display for the general public to view and experience for the very first time throughout the weekend (September 23 & 24).

In addition to the seemingly endless inventory of new vehicles, an impressive assortment of aftermarket companies will also be present on the exhibitor floor to unveil new products that will complement and personalize the variety of new models on display, from performance and safety enhancements to innovative modes of communication while on the road, in the dirt, or on the water.

The show floor is nearly 95% sold out and companies looking to exhibit are encouraged to contact AIMExpo presented by Nationwide for more information before it’s too late.