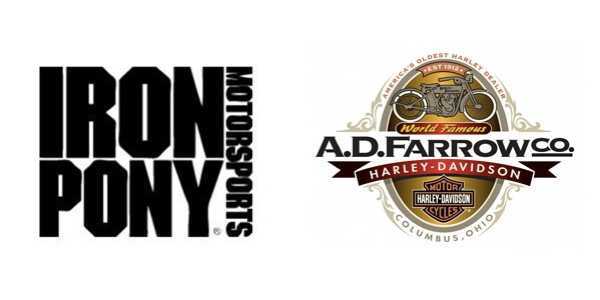 As dedicated, high profile family-owned dealers, A.D. Farrow and Iron Pony will work alongside the AIMExpo team to integrate and build exposure for the annual trade show in the region surrounding Columbus.

Following the announcement that the 2017 American International Motorcycle Expo (AIMExpo) would be relocating to Columbus, Ohio, for the fifth annual event, two dealerships – A.D. Farrow Co. Harley-Davidson (A.D. Farrow) and Iron Pony Motorsports (Iron Pony) each expressed a desire to lend local expertise to make AIMExpo’s move to the heartland of powersports a greater success. Both dealerships call Ohio’s capital home and will be working together with the AIMExpo team to help communicate the value of AIMExpo’s platform in its new host city to the greater powersports industry and to the region’s deep enthusiast consumer base. AIMExpo will take over the Greater Columbus Convention Center this September 21-24.

A.D. Farrow is one of the most successful and storied Harley-Davidson dealerships in the United States, celebrating its 105th anniversary this year. Opening its doors in 1912, A.D. Farrow began selling Harley-Davidson motorcycles in nearby Nelsonville, Ohio, before opening up its flagship location in Columbus in 1924. Through the ups and downs of depression and war, A.D. Farrow pressed on and can say with pride that it is “America’s Oldest Harley Dealer.” Now with three locations throughout Columbus, including its original location just a few short minutes from AIMExpo’s new home, A.D. Farrow is a stalwart of the community.

“Columbus is everything our industry needs to have a great gathering,” said Bob Althoff, Dealer Principal, A.D. Farrow Co. Harley-Davidson. “First, it is a friendly place, and I sense a real anticipation on the part of folks hereabouts to roll out the red carpet for AIMExpo. Second, there is a concentration of riders here in central Ohio who will, I assure you, turn out in a big way. The visuals surrounding this year’s AIMExpo will be a remarkable sight and with perfect weather in late September, Columbus will be a terrific ride-in destination. We can think of no better way to celebrate A.D. Farrow’s 105th anniversary than with dealers and their staff and customers at AIMExpo. So come join the party!”

Iron Pony Motorsports boasts one of the largest dealerships in the nation, representing 12 different manufacturers inside its 133,000 square foot showroom. The family-owned dealership has been in business since 1975 and is dedicated to making the user experience the best it can be. This includes aisle after aisle of OEM and aftermarket products, hosting a rental program through EagleRider Columbus, and offering its Iron Pony Riding Academy in association with Motorcycle Safety Foundation and Motorcycle Ohio safety instructors.

“The city of Columbus and the surrounding region is full of passionate motorcycle riders and powersports enthusiasts,” said Frank Lark, Vice President of Marketing at Iron Pony Motorsports Group. “We interact with them inside our dealerships and ride alongside many of these folks, so we know firsthand there is a real desire to have a show here in Columbus that is the caliber of AIMExpo. We’re thrilled to be working with the AIMExpo team to help build excitement and make 2017 the best year yet!”

As dedicated, high profile family-owned dealers, A.D. Farrow and Iron Pony will work alongside the AIMExpo team to integrate and build exposure for the event in the region surrounding Columbus. A co-branded presence at regional events, expanded advertising, marketing and social media campaigns, exclusive access for loyal customers of each dealership, and other initiatives will highlight the strategic partnerships.

“With 41% of U.S. powersports dealers within a 500-mile radius of the city, we’re looking to key local partners to help us tell the story of ‘Why Columbus’, and why dealers and consumers – both near and far – should visit AIMExpo,” said Larry Little, Vice President & General Manager, AIMExpo. “This strategic partnership with two of the most prestigious and influential dealerships in and around America’s 15th largest city is an important step in connecting the industry with the region, and in creating the setting for Columbus to become ‘Powerports USA’ to AIMExpo’s domestic and international visitors.