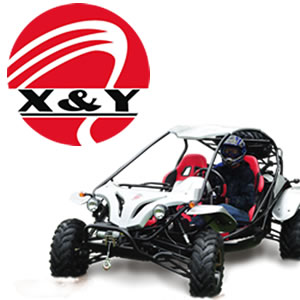 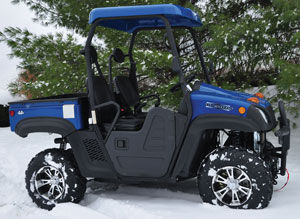 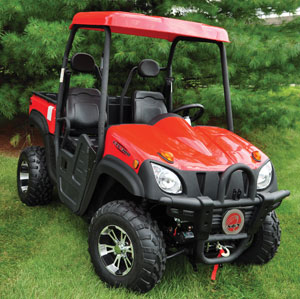 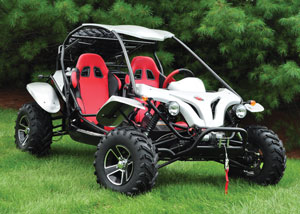 XY
POWERSPORTS was born out of president Steve Claybourn’s passion to
produce an affordable, high quality UTV in China to be distributed and
fully supported in the U.S. market. “I started a distribution company in
2003 funded by myself, totally naïve about the Chinese products,” says
Claybourn.

Claybourn’s first business as an importer was a
relative success, but as the market fell off, working through an
importer wasn’t ideal for him. So in 2006, he traveled to China to
retool his business model. “It was kind of a missionary trip to find a
company we could partner with that would make some level of investment
in the U.S. market and understand and believe in our business
distribution model.”

Claybourn’s
10-day trip to China morphed into a three-year mission, which ended
when he was finally introduced to the XY vehicle lineup. Claybourn was
sold — he’d finally found the product line he felt was ideal for the
U.S. market.

The deal was inked, and the Chinese manufacturer
retained ownership of the brand while Claybourn took the reins of a
U.S.-led staff that could leverage their experience in both importing
and promoting to the U.S. dealer base. “We feel that that’s the
successful model going forward with Chinese product in the U.S. market
because the factory doesn’t really understand the typical distribution
model of motorsports products in the U.S.,” explains Claybourn. “Being
American, I can guide the process. They can focus on building the
product, and we tend to get better response from them when we tell them,
‘That’s not good, this component is weak.’ We get attention because
it’s to their best interest to build a solid product.”

Quality
is key to Claybourn. He’s realistic about his brand’s place in the
market as a second-tier product, but he isn’t willing to cut corners:
“It should be reliable, and it should be well-supported,” he says. “We
understand how to provide that support. The factory understands how to
provide that reliability. We have a much better product than I’ve ever
seen coming out of China.”

The
perception of poor Chinese quality is one of the major obstacles the XY
POWERSPORTS brand must overcome. “We’re haunted by the reputation of
Chinese products, but when you peel it all back, a lot of people who’ve
had a bad experience with a Chinese product blame the Chinese people for
building a bad product.” In reality, says Claybourn, it’s the American
importer who specified the product specs, “so if he said he wanted a
$300 ATV, they could build a $300 ATV. It’s not the fault of the
Chinese; it’s the fault of the importer being irresponsible and
greedy.”

Brick and mortar offices in the U.S. paired with full
parts availability set XY POWERSPORTS products apart from many other
fly-by-night import products. “We cover the whole spectrum of support
that you would expect from a company selling products to the dealer
channel.”
XY POWERSPORTS offers a one-year warranty on powertrain and six months of bumper-to-bumper coverage.

Claybourn
says that the product that’s been most successful is the low-end, 300cc
two-wheel drive UTV. “It’s got features that the more expensive models
have, but it’s only two-wheel drive,” says Claybourn. “In many cases,
that’s just fine for most environments you’re going to take the machine.
It’s a surprisingly powerful engine, and the price point is very
appealing to the customers.”

Plans to launch a 500cc
fuel-injected engine, an 800cc EFI engine and an 1100cc EFI engine are
currently in the works, as well as a 150cc kid-sized UTV, which will
have “more of a go-kart/dune-buggy look,” Claybourn says.

In
addition, Claybourn and the XY POWERSPORTS team are watching the ATV
market to appropriately time the launch of the brand’s ATV in the U.S.
“As the market absorbs the excess inventory of ATVs, then we can
consider introducing our ATV, which has been produced for quite some
time,” he says. “It’s a great-looking machine — very reliable, but right
now, you can go to the auction and buy brand-new, non-current product
for less than we can import those units for.”

The
XY POWERSPORTS brand is still in its infancy in the U.S. market, and
Claybourn is confident that 2011 will see an ever-increasing number of
dealers and consumers interested in this affordable and profitable line.
“The dealers need to understand how the industry is restructuring and
that they’ve got an opportunity to build their business exponentially by
considering a secondary brand,” says Claybourn. “It’s not going to be a
brand that’s at the level of the major OEMs, but it’s going to be a
very serviceable brand for them. The dealer has the opportunity to
capture that customer where he might have lost him and grow that
customer through the XY product line.”

Claybourn says the XY
POWERSPORTS product will allow dealers to target 25 percent of the
people who walk out of a dealership without buying due to pricing
objections. “We can sell them a serviceable product and support that
product, and the dealer will see that gain in profit. That’s a good
deal,” concludes Claybourn.

News: Polaris and NFF to Restore Off-Road Trails in Minnesota and Florida