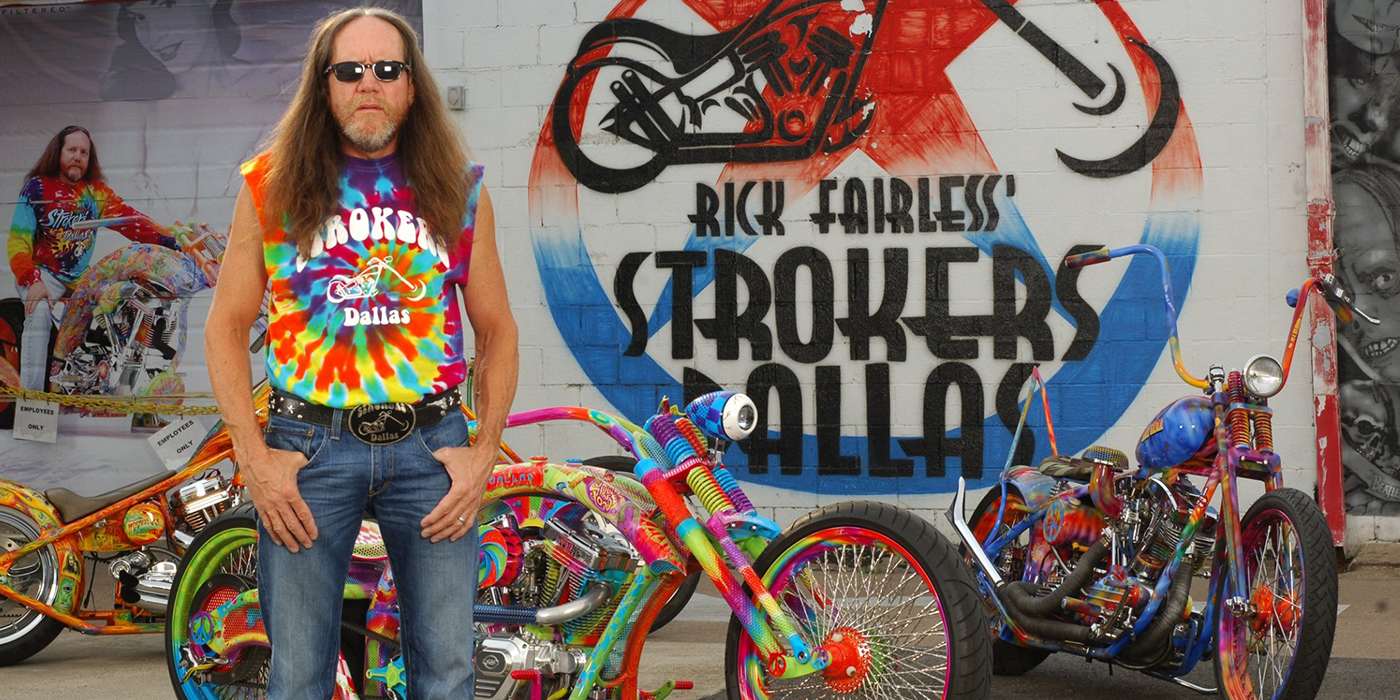 Bigun and I just returned from Sturgis and we had a swell time! This was the 80th Annual Black Hills Rally and normally, it would have been packed, but in the “New World,” it was only about 50% of the normal expectation.

I hope you’re doing good up there in Heaven, we are OK down here in Dallas.

Bigun (Lena) and I just returned from Sturgis and we had a swell time! This was the 80th Annual Black Hills Rally and normally, it would have been packed, but in the “New World,” it was only about 50% of the normal expectation.

This was my 34th Sturgis Rally and I really didn’t know what to expect this year. The COVID virus has affected every person on the planet and many motorcycle rallies around the world have been cancelled. We all feared they would cancel the Sturgis Rally, but thank goodness, they went ahead with the rally!

Sturgis is always awesome, because I get to see friends that I may only see once a year. But, out of an abundance of caution, many people didn’t go this year. A lot of people actually went one or even two weeks before the official start of the rally, I guess to avoid much of the crowds. I had told Bigun for the last few months leading up to Sturgis, that even if they held the rally, that didn’t mean that we were going. Ya see Ma, I’m one of them old people with underlying health concerns and I can’t afford to catch the COVID.

But, after much discussion, my love for riding the Black Hills won out and we decided to attend. We got a lot of riding in this year, maybe more than the last few years. We did some industry stuff that I enjoyed and we also did some charity events, helping raise money for several different charities. Also, the organization I have belonged to for the last 21 years, Hamsters USA, had several organized rides for several different charities. Lena and I always enjoy riding with our Hamster brothers and sisters! Even though the COVID virus was the 800-pound gorilla at the rally, we tried our best to enjoy our time in the Black Hills. For most people, this was the first time they have been away from work or home since March, so this was some much-needed wind therapy!

I read and heard a lot of negative news reports that made us bikers out to be a bunch of “Wild Heathens” out partying and spreading the COVID, willy nilly. Actually, their reporting was not accurate as seen through my 63-year-old eyes. Bigun and I played it safe, even more so than we normally do. We didn’t go to any bars, no concerts, nor did we go to any large indoor gatherings.

We didn’t even go downtown and walk around on Main or Lazelle Street. Actually, we avoided all the big displays and vendors this year. Why? Because we were doing our best to avoid the crowds! When we rode past downtown, I noticed a lot of empty parking lots that are normally filled with vendors. I heard that some of the larger vendors had pulled out this year. The biggest of which was Harley-Davidson. They didn’t have their normal massive display this year.

Ya know what Ma, I’m good with the crowd being down this year. It seems like it was a kinder, gentler rally and I dug it!

Out of all the cool stuff we did this year, my favorite thing was riding with my daughter, Bigun! One morning, we got up early and rode to the Builders Breakfast charity event. After that was over, we rode up Vanocker Canyon to Nemo. It’s a beautiful ride and not as populated with people as some of the more well know canyons that everybody rides.

At the top of Vanocker Canyon is the small town of Nemo, South Dakota. Nemo has a cool place called the Nemo Guest Ranch. It’s kind of an old Dude Ranch with an “Old West” feel to it. Bigun and I stopped there for lunch and a Dr. Pepper. We hung out there at the General Store and watched the world go by for a couple of hours, it was swell!

So Ma, we have been back from Sturgis for over two weeks and Bigun nor I have been sick. As a matter of fact, out of all our pals that attended the rally, I haven’t heard of one single person who has contracted the COVID. Maybe the news reports were overly exaggerated, or maybe we all just got lucky. Either way, it was nice to break away from the “New World” BS for a few days to go back to the “Old World” that we all miss so much!

Anyway Ma, I gotta go for now. It seems I have a customer up front that refuses to wear a mask. Bigun explained to him that it’s not us, it’s mandated by the governor of Texas, but he says we are stomping on his rights as a free American. I better go up there and explain to this guy that none of us like wearing a mask, but since it’s the current law, we are all wearing them. If that doesn’t work, then I’ll just ask him to stay six feet away from everybody in the joint. I mean, I hate to kick the guy out. I know, welcome home from Sturgis boy, you’re back in the “New World!”

Advertisement
In this article:Can ya dig it?, Rick Fairless, Sturgis

Sales and Service: Can Ya Dig It? The Bigun Rick Show & The Sea Hag

Shop Talk: 15 Minutes A Day
Connect with us