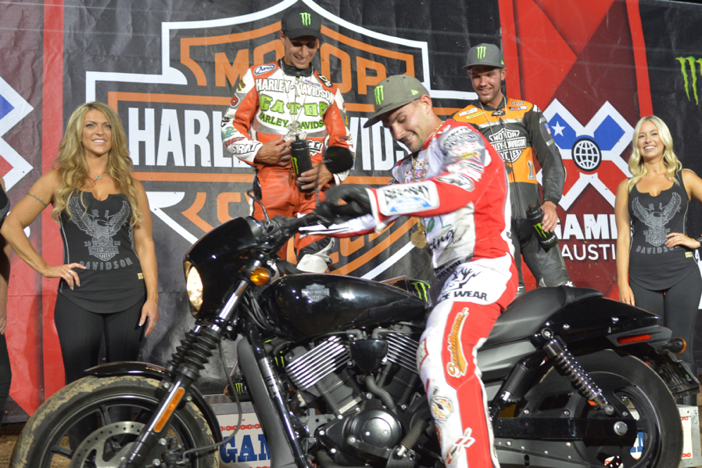 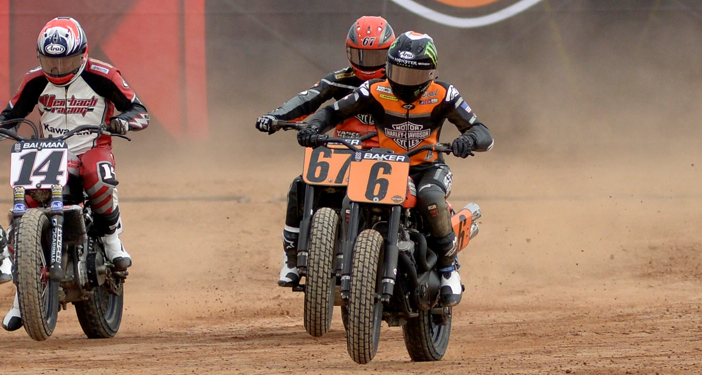 Mees was the fast qualifier for the race, staged on a challenging Circuit of The Americas half-mile dirt oval, but it was Baker aboard the Factory Harley-Davidson XR750 motorcycle who led the early laps of the main. Mees got past Baker and opened a gap on the pack only to have Coolbeth chase him down on his Zanotti Racing Harley-Davidson XR750. Coolbeth was able to pull even with Mees on several passing attempts but never took the lead. Mees roared across the finish line on his Rogers Racing/Las Vegas H-D XR750 motorcycle just 0.369 seconds ahead of Coolbeth.